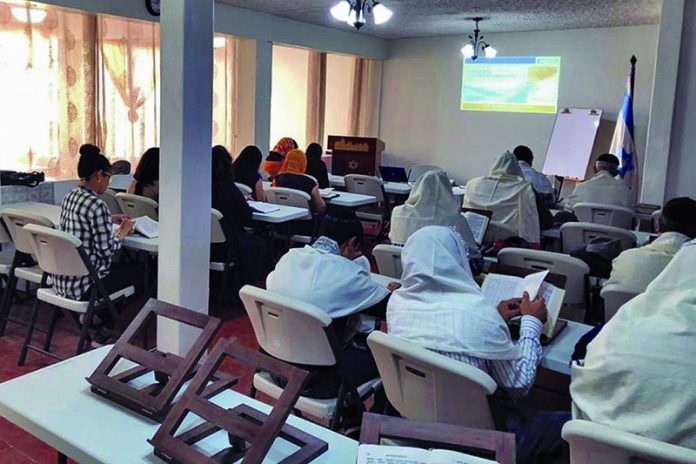 It’s more than the snippet of hair that changes Yitzchak from a toddler into a little boy. It’s more than a pink and white cake topped with the number twelve that marks Keren’s transition into womanhood. It’s more than a chuppah, table centerpieces and separate dancing. It’s the rebirth of Jewry and it’s happening in a far-away corner of the world – in San Salvador, Central America. Rabbi Elisha Salas became the congregation’s permanent rabbi in August this year and is there to usher these people, called Bnei Anousim, through the milestones of Jewish life.


Rooted in the Past

Jewish presence in Latin America stretches as far back as the 16th and 17th centuries, when Jews seeking to distance themselves from Iberia, where the hand of the Inquisition was heaviest, began to colonize the New World. These Jews took to practicing Judaism in secret when the Inquisition spread to Central and South America. Later, in the early 19th century, Jews in search of business opportunities arrived in Latin America to join the crypto-Jews. Alsatian-born Bernardo Haas, who arrived in 1868, is recorded as being among the first. Later still, more immigrants, mainly Sephardim from Egypt, Turkey and Tunisia reached the shores.

President Maximiliano Hernández Martínez openly supported fascism and in 1939 he closed the doors to Jewish immigration entirely. However, El Salvador was one of the first countries in the world to officially recognize the State of Israel in 1948. Prior to the Civil War in 1979, there were about 300 Jews in El Salvador, mostly in the capital. The war lasted 12 years until a final agreement was signed in Mexico City.

Today, throughout Latin America, in countries such as Brazil, Colombia, Mexico, Costa Rica and El Salvador, the descendants of the Bnei Anousim (whom historians refer to by the derogatory term Marranos, meaning pig) are returning to their Jewish roots.

“We owe it to them and to their ancestors to reach out to them and welcome them back home,” says Michael Freund, founder of Shavei Israel, a non-profit that helps people with Jewish ancestry who are interested in investigating their connection to Judaism and the Jewish people. To make this happen, Chilean born Rabbi Elisha Salas of Shavei Israel, is working with the already established Orthodox community in El Salvador and is reaching out to the Bnei Anousim of Honduras and Guatemala.

In 2013, Freund visited the El Salvadorian community. “The people there are fueled by identity. They have undergone a spiritual journey and reached the conclusion that Judaism is the truth and they want to live by its rules,” he said about his trip. To facilitate the community’s journey, in June 2014 Shavei Israel commissioned a mobile rabbi from Mexico to visit regularly.

As the community grew in observance, some of the members traveled to the US where they were converted by an Orthodox beis din. “I wanted to return to Judaism because I was looking for a way to connect with the Creator and I found the Jewish commandments to be the best framework for me to do that. I am very proud to belong to the people of Israel. I hope to immigrate to Israel because that is the best place in the world to live a full, meaningful Jewish life,” says the head of the El Salvadorian community, Eliyahu Franco.

Rabbi Elisha Salas, who served as Shavei Israel’s emissary to Portugal for the past eight years, is enthusiastic about his new role in helping the community to grow. “San Salvador has an established 200-strong community, many of whom have converted and are living like Orthodox Jews. I arrived at the start of Elul and found a minyan that gathered every morning at 4am to recite slichot,” he says. The community is young (mostly aged between 20 and 55 years old) and committed. Kosher food is available (products with OU certification reach the supermarkets in El Salvador too) and Rabbi Salas, a shochet, provides the community with meat and chicken. Shacharit is followed by a shiur in halacha given by Rabbi Salas. The community has taken on Sephardi minhagim. Mincha and Maariv are followed by an hour of learning in which every chavruta learns from seforim translated into Spanish. “At the moment, the men lack the language skills to tackle Gemara, but we are working towards changing that,” says Rabbi Salas.

While there is no Jewish school, Rabbi Salas plans on beginning learning programs for children so that they can get some Jewish education. “Since many places are open six days a week and their non-discriminatory policy doesn’t allow them to give Jews a day off on Shabbos, seventy percent of the members don’t have permanent jobs. They work in construction and repairs or sell merchandise at the market so that they can keep Shabbos,” says Rabbi Salas. In Armenia, 40kms northwest of San Salvador, the 100-strong community is almost fully Shabbat observant – and consequently unemployed.

Rabbi Salas is also working with Bnei Anousim in neighboring Honduras and Guatemala where pockets of Jews are showing an interest in Judaism. “Rabbi Salas will guide them and strengthen the communities,” says Freund. “If the community members choose, Shavei Israel will help them come to Israel, where they will need to undergo a formal conversion process. Each year, dozens of Spanish and Portuguese crypto-Jews graduate from Machon Miriam, a Spanish, Portuguese and Italian language Conversion and Return Institute in Israel, and proceed to undergo formal conversion by Israel’s Chief Rabbinate. If someone wants to convert, we work closely with the rabbinate to facilitate the process. You don’t do anyone a favor by looking for short-cuts,” he says. “Abarbanel, financier to King Ferdinand and Queen Isabelle of Spain, writes in Devarim 30, that a time will come when the Anousim ‘will return to G-d in their heart… And when they return to G-d and follow Him…everyone according to his status and his ability…the exalted God will bring them close to Him.’ I like to think that the words are coming true,” says Freund.

The Roots of Shavei Israel

While serving as the Deputy Communications Director under Israeli Prime Minister Benjamin Netanyahu in 1997, Michael Freund opened an envelope that arrived in the mail one day. The letter was from a group in northeastern India called the Bnei Menashe. They said they were descendants of the tribe of Menashe, one of the Ten Lost Tribes of Israel, and were pleading to return to the Promised Land. “My initial reaction was one of disbelief,” says Freund. “But after I left office in 1999, I got on a plane and began visiting communities out there,” he says. What Freund discovered moved him to found Shavei Israel in 2002.

“People are complex and you need to assess assertions of Jewish ancestry with a mix of openness along with a dose of skepticism. If someone claims he heard a voice while under the influence of something, that obviously does not constitute persuasive evidence of Jewish roots,” says Freund. Across the globe, many people are trying to make sense of their Jewish ancestry. Shavei Israel, with rabbis posted in Spain, Portugal, Brazil, Russia, Italy, Colombia, Chile and Poland, is there when the evidence is compelling.

In recent years, Shavei Israel has facilitated the immigration and absorption of 3,500 Bnei Menashe Jews from India. “Aliyah is just the end of the beginning,” says Freund. Shavei Israel works to address the physical and spiritual absorption of the Bnei Menashe by helping them with housing and employment and providing a connection to religious organizations and mentor families. “Despite being over the official draft age, many of the young men insist on joining the IDF in combat units. And they’re always the first to show up for a minyan. Of the nearly 4,000 absorbed, just two people have left Israel… and in both cases they married Australian Jews,” says Freund.

“A 2008 genetic study reported in the American Journal of Human Genetics, indicates that about 20% percent of the current male population of the Iberian Peninsula has Sephardic Jewish ancestry. That doesn’t mean that one out of five men on the streets of Barcelona is Jewish, but it does indicate how much Jewish blood was spilled centuries ago and how many descendants of Jews are still there,” says Freund.

“Grappling with Jewish ancestry doesn’t always lead to aliyah and conversion and that is fine, because people have the right to choose what is best for them. It is interesting that despite growing anti-Semitism around the world, more and more people aren’t afraid to identify with their Jewish roots. When they do so, it naturally creates a greater affinity within them for Israel and the Jewish people. Even if the person remains a religious Catholic in Madrid, the knowledge that he is connected to the Jewish people both historically and biologically will make him more open to Israel,” says Freund. While in Switzerland during World War II, José Arturo Castellanos Contreras befriended George Mandel, a Hungarian-Jewish businessman. Mandel, who later adopted the name Mantello, told him what was happening to the Jews. He appointed Mantello to serve as the consulate’s first secretary, a fictitious title. Together, they issued passports or visas identifying between 25,000 and 40,000 European Jews as citizens of El Salvador thus saving them from death. Aside from one interview with Leon Uris shortly before his death, Castellanos never spoke about his role as a savior. 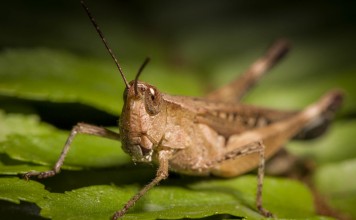 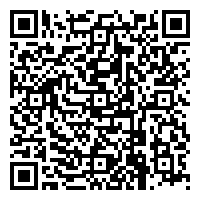