Leonard Bernstein (1918-1990), whose grandfather was a chassidic rav in Ukraine, was raised in a Jewish home and grew up on chassidic melodies. The first American to become musical director and conductor of the New York Philharmonic (1958), he retired from that post in 1969 to devote himself to composing. He is generally considered one of the most diverse musicians of the twentieth century – composer, conductor, pianist, writer, lecturer, teacher, and media celebrity.

Though he was not traditionally observant, his life and music were infused with Judaism, which often manifested itself in a variety of contexts, some of them quite amusing. For example, while rehearsing the repetitive motif in the first movement of Beethoven’s Sixth Symphony (the “Pastoral”), he flaunted his Judaism to the stiff Vienna crowd by singing along: “I’m bar mitzvah’d, now I’m bar mitzvah’d…” He never failed to proclaim his Jewishness and rejoice in his heritage; for example, when urged by his mentor, famed conductor Serge Koussevitzky (who was himself Jewish), to change his name to something less conspicuously Jewish, he refused, saying “I’ll do it as ‘Bernstein’ or not at all.” With respect to his famous Young People’s Concerts, Bernstein maintained that his urge to teach was “essentially Talmudic” and he reportedly wept when he visited the Kotel shortly after the Six Day War.


Shown with this column is a very rare copy of Israel’s Declaration of Independence signed by Bernstein, who was a great champion of Israel throughout his life. As co-founder and chair of Operation Music for Israel, he sent previously owned musical instruments for use by students and others in Eretz Yisrael. He first visited Israel in 1946, when he conducted the Palestine Symphony Orchestra, and he was later appointed the first conductor of the Israel Philharmonic.

In 1948, with Israel in great danger, he played for troops behind the lines and for the Palmach. After the IDF captured Be’er Sheva, he rounded up musicians, drove through the night in an armored bus, and performed for the troops the next day at an archaeological dig. When Egyptian scout planes reported the sight back to Cairo, they though that they were witnessing a diversionary military maneuver because “who would take time out in war to listen to a Mozart concerto?”

Following the 1967 Six-Day War, Bernstein famously performed the Resurrection Symphony with the Israel Philharmonic at an outdoor concert on Mount Scopus in Jerusalem, which Yitzhak Rabin described as his single greatest experience.

While he wrote only one piece of music directly for liturgical use, Hashkeveinu, which premiered at the Park Avenue Synagogue on May 11, 1945, Bernstein often named his works after Jewish themes and personalities. His earliest surviving work is a setting for Psalm 148, which he wrote for his family’s synagogue in 1935 at age 17. His Jeremiah Symphony (Symphony No. 1; originally a “Hebrew song for soprano and orchestra”), with a vocal solo to the Hebrew text of Eichah, was written in response to early reports of the Holocaust, and its debut with the New York Philharmonic in 1944 was to benefit Magen David Edom. Other symphonic works in this vein include:

* Kaddish (Symphony No. 3), a Hebrew oratorio he dedicated to the memory of President Kennedy and conducted for the first time in Tel Aviv (1963);

* Chalil, a nocturne for solo flute and orchestra he dedicated to the memory of Yadin Tenenbaum, an Israeli flutist killed in the Sinai desert during the Yom Kippur War (1981);

* Chichester Psalms (1965), which includes verses from Sefer Tehillim, which he insisted be sung in the original Hebrew;

* The Dybbuk Ballet, based upon S. Ansky’s classic work, which Bernstein maintained was infused with Jewish mysticism; and

* Jubilee Games, written for the 50th anniversary of the Israel Philharmonic Orchestra.

Bernstein received many pleas to write a complete Jewish service, but he never did. However, according to his personal notes, he was contemplating “A cantata on Hebrew-Yiddish material that moves me,” including titles such as Shalom Aleichem; Dayenu, and Vayihi Ba-Chatzi Ha-Lailah (from the Haggadah); Yigdal; and Song of Songs.

Exhibited here is a rare signed musical quote from the hymn and psalm (second movement) of Bernstein’s Mass: “Sing God A Simple Song…” One of Bernstein’s goals in writing his Mass was to establish that Catholic liturgy had its roots solidly entrenched in Jewish tradition and, though the liturgical passages are sung in Latin, additional English texts were written by two Jews, Broadway composer Stephen Schwartz and, of all people, singer Paul Simon.

Bernstein’s most popular and enduring triumph, however, may well be “West Side Story (1957), which many believe carried the American musical to its supreme form.

Also shown here is a typescript of the opening of Act I of the Broadway production of “West Side Story” signed by Bernstein, its Jewish composer; Stephen Sondheim, its Jewish lyricist; Arthur Laurents, its Jewish librettist; and Jerome Robbins, its Jewish director and choreographer.

“West Side Story” transports the beautiful tale of Shakespeare’s “Romeo and Juliet” to the turbulent streets of the Upper West Side in 1950s New York City. (Robbins was likely motivated by Sergei Prokofiev’s ballet “Romeo and Juliet,” which was written in 1935 and first performed in full in 1938). Two star-crossed lovers, Tony and Maria, find themselves caught between the rival street gangs of different ethnic backgrounds: the Jets, a group of whites who consider themselves the true Americans, and the Sharks, first-generation immigrants from Puerto Rico.

Few people know, however, that when he first approached Bernstein and Laurents about collaborating on the contemporary musical adaptation, Robbins proposed that the Shakespearean conflict in the New York City Lower East Side slums focus on the religious conflict during the Easter/Passover season between an Italian American Roman Catholic Greenwich Village family and a Jewish family living on the Lower East Side of Manhattan. In Laurents’s first draft – called “East Side Story” – Maria, the female lead, had survived the Holocaust and emigrated from Israel to America, and the conflict centered on the anti-Semitism of the (Catholic) Jets and the resentment of the (Jewish) Emeralds.

As Bernstein wrote in his diary in late 1948 after returning from a visit to the newly-born state of Israel: “Jerry R. [Robbins, born Rabinowitz] called today with a noble idea: a modern version of Romeo and Juliet set in slums at the coincidence of Easter-Passover celebrations. Feelings run high between Jews and Catholics. Former: Capulets, latter: Montagues. Juliet is Jewish. Friar Lawrence is the neighborhood druggist. Street brawls, double death – it all fits.”

Among the earliest sources providing clues as to the original scheme for the show are Robbins’s headings, which include “Hideout [initiation: Beating up Jews]” and Bernstein’s annotations, which include “Ball or Seder or Motza’e Shabbat” and “Romeo’s death with Tante.” (“Tante,” the Yiddish word for aunt, was the original name for the Maria character.)

Though the proud Sabras originally contemplated for “East Side Story” ultimately became the Puerto Rican Sharks, the gang retained an inherent Israeli characteristic: a readiness to “die defending their turf.” As Bernstein wrote in 1947 to conductor Serge Koussevitzky (about the Jews in Eretz Yisrael): “There is strength and devotion in these people that is formidable…. They will never let the land be taken from them. They will die first.”

Though Bernstein and Robbins (1918-1998), both born to Russian Jewish immigrant families, had previously joined forces to create the ballet Fancy Free (1944) – which became the Broadway musical “On the Town” – “East Side Story” was the first to draw on their shared Jewish background. 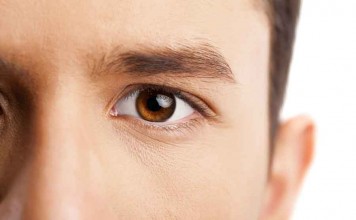 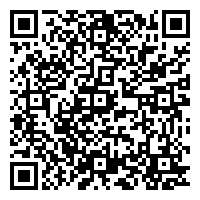