The economic theories of Milton Friedman (1912-2006), “the Father of Economic Freedom,” have had broad national and international impact, including a powerful influence on the economic policies of, among others, Ronald Reagan, Margaret Thatcher, and Menachem Begin.

Considered by many to be the most important conservative American economist, Friedman became the leader of the so-called Chicago School of Economics, which emphasized the importance of the quantity of money as an instrument of government policy and as a determinant of business cycles and inflation.

Friedman, who was awarded the Nobel Prize in Economics (1976) and the Presidential Medal of Freedom (1988), rejected the broadly embraced theories of British economist John Maynard Keynes, who maintained that only through heavy government spending could a nation’s economy prosper. Friedman firmly believed the private sector bears the mantle of responsibility for a flourishing economy and, in that regard, he coined the famous phrase “There is no such thing as a free lunch.” Another of his more famous aphorisms is “A society that puts equality before freedom will get neither.”

Friedman’s parents, Sára Ethel (née Landau) and Jenő Saul, were Jewish immigrants from Beregszász in Carpathian Ruthenia, Hungary, who both worked as dry goods merchants. As a child, Milton had very strong ties to Judaism, studying in a Hebrew school and, in his words, “obeying every Orthodox religious requirement.” After a stint of extreme piety during the years before his bar mitzvah, he lost his faith and ceased Jewish practice, but he still strongly identified as a Jew and took great pride in both Jewish tradition and his Jewish heritage. After his father’s death he faithfully recited Kaddish for the full eleven months, even traveling to neighboring communities to find a minyan. And he was a devout Zionist who strongly identified with Israel and expressed pride in its achievements.

Friedman first became interested in Israel when, at the invitation of the Israeli government, he visited the Jewish state for the first of many times (1962). After his visit to Israel in 1977, when he was awarded an honorary degree by the Hebrew University in Jerusalem shortly after the Likud came to power, a bizarre fabrication was broadly disseminated to the effect that he had come to Israel to serve as Begin’s chief economic adviser and that, as such, he was uniquely responsible for Israel’s roaring inflation. During his final trip to Israel (1990), at the beginning of the opening of the Iron Curtain which led to the massive wave of Jewish immigration from the former Soviet Union, he actively participated in a conference on economic policy by the Israel Center for Social and Economic Progress, which focused on developing suitable absorption policies and the provision of employment and housing to the new olim.

Friedman, who had a special interest in the role of Jews in society, was mystified by the magnetic pull that socialism seemed to have for so many Jewish intellectuals, particularly since socialism had historically been antagonistic to Judaism and because it was capitalism that had enabled Jews to survive the Dark Ages and to thrive and prosper during and after the Enlightenment.

He was particularly disturbed by the obstinacy of Israeli Jews and their leaders, who continued to support and promote the very socialist economic policies that were causing them the greatest harm while rejecting the adoption of free-market reforms which, given Jewish creativity and work ethic, would send Israel’s economy booming. In a 1972 address, he famously presented the essential socialist Jewish paradox this way:

Here are two propositions. Each of them are validated by evidence, yet they are both incompatible one with the other. The first proposition is that “there are few peoples if any in the world who owe so great a debt to free enterprise and competitive capitalism as the Jews.” The second proposition is that “there are few peoples or any in the world who have done so much to undermine the intellectual foundation of capitalism as the Jews.” How do we reconcile these two contradictory propositions? 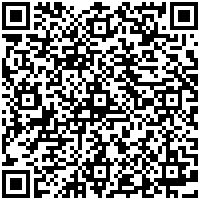