Police is going to interrogate with a warning the security guards who shot dead an Arab brother and sister duo at the Qalandiya check post outside Jerusalem on April 27, Israeli media reported Thursday. The investigation has been assigned to the central police unit in Judea and Samaria. The courts have imposed a gag order on the story.

The two Arabs, a pregnant woman, 23, and her brother, 16, were on their way to Jerusalem to receive medical treatment for the sister, having obtain the necessary permit from the Israeli authorities. According to police reports at the time, the sister approached the cops and the security guards at the check point with a knife drawn in her hand, tossed the knife at them and was shot dead. Next her brother was shot and killed as well, and police said he, too, was carrying a knife and a penknife.


But the dead terrorists’ family members, as well as Arab eyewitnesses, are insisting the two were not in possession of knives, and were shot simply because they failed to use the pedestrian walkway and moved down the vehicle lane instead, raising the security force’s suspicion. The family is demanding the release of the check post’s CCTV tapes to prove they are right.

A preliminary examination of the case initially found that police personnel had acted properly and in accordance with the police rules of engagement, and it was the security guards, who are under police personnel supervision, who opened fire at the two terrorists. According to the Arab version, the sister was riddled with ten bullets and her brother was shot when he had rushed to her side.

According to the police version, the security guards indeed were the shooters, but used only three bullets, and only after warning shots in the air. 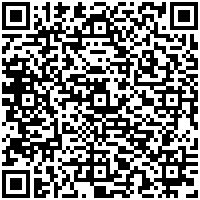