Born in Orla near Grodno (Belorussia) to poverty-stricken parents, Rabbi Aryeh Levin (1885-1971) studied at various yeshivot, notably the yeshivot of Slutsk and Volozhin and, after making aliyah in 1905, at the Etz Hayim Yeshiva in Jerusalem. Although he was an outstanding Talmudic scholar and received semicha from such rabbanim as R. Chayim Berlin, R. Samuel Salant, and R. Abraham Isaac HaKohen Kook, Rav Levin’s fame and the widespread and boundless esteem in which he was held sprang not from his learning but his good works.

Rav Levin was known and beloved for his sublime character traits and love of all Jews and was broadly recognized as the “Father of Prisoners” for his visits to members of the Jewish underground imprisoned in the Central Prison of Jerusalem in the Russian Compound during the British Mandate, and as the “Tzaddik of Jerusalem” for his work on behalf of the poor and the sick.

He accepted Chief Rabbi Abraham Isaac Kook’s appointment as the official Jewish prison chaplain only on condition that he receive no pay. The prisoners, most of whom were members of the Palmach, Haganah, Irgun, or Lechi, were captivated by the rabbi’s warmth and sincerity and by the honor and respect he accorded them. He was also renowned for his visits to the sick. He even made frequent visits to hospitals for lepers, including a hospital in Bethlehem where most of the patients were Arabs.

In this beautiful handwritten correspondence to Rav Kook’s nephew, Rav Refael Kook – dated “with the assistance of Hashem Yisborach, the second day of teshuvah, the 3rd of Tishrei, 1949, from the Holy City of Jerusalem, may the Seat of David be established within it” – Rav Levin writes:

In honor of the honorable Rav HaGaon, noted Ish Chamudot [a wonderful person] Refael HaKohen Kook, rav of Tiberias, and to his dear family, may they live for good and blessing:

I was honored with blessing a talmid chacham [i.e., Rav Kook, a kohen] who blesses his nation, Israel, with love. The wise man shall receive the heartfelt blessing of a hedyot [Rav Levin modestly refers to himself as “an average person”] for a gmar chatimah tovah, good life, deshanim v’rannanim beno’am Hashem [a combination of verses from Psalms 92:15 and 27:4: “full of sap and still bearing fruit, before the graciousness of Hashem”], and may you merit speedily a complete and comprehensive salvation, with the consolation of Zion and Jerusalem and the gathering of its children in its midst. With joy at the rebuilding of your Beit Hamikdash, may you merit to do the avodah in the Beit HaBechirah.

In my name and in the name of my family, Rav Aryeh Levin.

Rav Refael Kook (1900-71) made aliyah from Lithuania to Eretz Yisrael in 1926, where he ultimately became rav of Tiberias and head of the rabbinical court in Safed.

Exhibited here is a handwritten card from one Ezra Ben Yosef Naftali, a prisoner incarcerated at the infamous Latrun penal camp, with particularly meaningful printed verses from Isaiah 61:1-2: “To proclaim liberty to the captives, and the opening of the eyes to they who are bound. To proclaim the year of Hashem’s pleasure, and the day of vengeance to our G-d.”

The outside cover depicts a prisoner breaking free from his barbed wire constraints at the dawning of day accompanied by a beautiful line from Skolski: “But tomorrow with the light of dawn that sows night on you, I will be free.”

On the 29th of Elul, 1947 – days before the last Rosh Hashanah before the birth of Israel – the prisoner writes a stirring and moving message: “Warm regards for the new year, a year of freedom and liberty and fulfillment of the realization of the vision of a Jewish kingdom, a year of establishment of the Jewish state of both sides of the Jordan River.”

The village of Latrun was built around the ruins of an old Crusader castle on the crest of a hill overlooking the all-important Jerusalem road. Following the 1936-39 Arab revolt, British authorities built several police forts called “Tegart forts” at various locations, including Latrun – chosen due to its dominant and strategic position above the Tel Aviv-Jerusalem road. Thousands of Jewish prisoners were interred at a prison in Latrun, including Yishuv members who had resisted the British, among them Moshe Sharett, later Israel’s second prime minister.

In November 1943, 20 Lechi members escaped the prison and commenced attacks on the British, which played an important role in the British decision to withdraw from Eretz Yisrael. In a 1948 report to the United Nations Palestine Commission, when there were some 500 prisoners still held at Latrun, the Hebrew Commission on National Liberation expressed concern:

“Both Bethlehem and Latrun are far removed from any Hebrew locality and the prisoners are at the absolute mercy of their [British and Arab] guards. There is also a great risk of the Arabs staging an attack against either Bethlehem or Latrun and in such a case it is to be expected that the guards will not offer any serious resistance and a massacre of the absolutely defenseless prisoners will result.”

Consistent with their general policy at the end of the Mandate, the British handed Latrun over to the Jordanian Arab Legion, which thereby gained control over the Jerusalem road and used their position to shell Israeli vehicles traveling on the road below, effectively imposing a military siege on the Jews of Jerusalem.

A few days after declaring independence, Israel launched “Operation Bin Nun Alef” against Latrun in which it sustained significant damages and failed to dislodge the Jordanians. It is most likely that Ezra Ben Yosef Naftali was incarcerated at Latrun at the time of these attacks.

Ultimately, to bypass Latrun and get help to Jerusalem, Israel built the famous “Burma Road” and effectively ended the Arab blockade. Israel launched attacks on Latrun on five separate occasions, all of which failed, and it remained under Jordanian control until Israel captured it in the Six-Day War.

Prime Minister Netanyahu recently promised to allocate the funds necessary to complete a museum at Latrun to honor the 1.5 million Jews who fought the Nazis during WWII.

Exhibited here is a handwritten card issued by the Soldiers’ Welfare Committee in Israel and sent from Tel Mond prison bearing an original seal from the jail. The prisoner, who does not sign his name, writes, “To the keeper of the history of the Tenua Haolamit (‘National Organization’), the blessings of a year of redemption from the incarcerated Jewish fighters, Erev Rosh Hashanah, 1954, Tel Mond.”

When Israel gained full control of the Jordan Valley south of the Sea of Galilee in May 1948, the Provisional Government – beginning work on drafting statutes to found a Jewish army and a justice ministry – established its first prison at the Tel Mond police station. On August 5, 1957, five inmates famously escaped through the roof of the prison, but were all recaptured within a few days.

Many of the Jewish prisoners, including most likely the author of our card, were members of the Underground who had been convicted for resisting Arab terrorism. Today, the prison, which is operated by the Israel Prison Service (IPS) and has a reputation for rough treatment, holds both Palestinians (including a special wing for security convicts) and Jewish prisoners.

Shown here are two Rosh Hashanah cards mailed from the Cunningham internment camp at Douglas on the Isle of Man in 1916, at the height of World War I, to educator, scholar, and Hebraist Abraham Sulzback (1838-1925).

Born in Hamburg, Dr. Sulzback studied rabbinics while also attending university, where he studied history and philology. From 1862 to 1912, he taught German, history, geography, and Talmudic subjects at the high school established by Rav Samson Raphael Hirsch in Frankfurt. He authored a great number of highly regarded Jewish works, including a work on Kohelet, a translation of the Book of Esther, and works on Jewish ethics and Jewish poetry. He also edited various siddurim.

Douglas, the capital and largest town of the Isle of Man, is located at the mouth of the River Douglas, and Cunningham’s Camp at Douglas was one of the earliest holiday camps on the British Isles, having been established in 1904. The Isle of Man was used by the British government for the internment of enemy aliens during both World War I and World War II.

The Douglas Camp was divided into three separate camps: (1) the normal camp, often severely cramped; (2) a “privileged” camp for those who could afford to pay for less cramped accommodations and who were permitted to purchase items from outside and to send items out from the camp; and (3) a “Jewish camp,” from which our Rosh Hashanah cards were surely mailed. Fascinatingly, there were distinct kosher catering and dining arrangements made for the Jewish internees, who were given free use of facilities to celebrate Jewish holidays.

In September 1914, the camp was chosen by the British government as the first POW camp on the Isle of Man; its existing role as a holiday camp for young men made its conversion a relatively easy matter, and the first 200 internees were imprisoned there on September 22, 1914. Lieutenant-Colonel H.W. Madoc, who had considerable experience with similar camps in South Africa, was appointed commandant.

Internees at Douglas were generally not enemy combatants but, rather, civilians detained because they were resident foreigners of enemy nationality; nonetheless, they were held under military law and were not permitted out unless accompanied by an armed guard. As the war progressed and xenophobic feelings intensified – particularly after a German U-boat sank the Lusitania in September 1915 – increasing numbers of internees required accommodation.

A riot caused by poor conditions at the camp, which resulted in six inmates being killed, led to a much larger facility being established and then extended at Knockaloe, near Peel, but Cunningham’s Camp at Douglas was retained and continued to house some 3,000 prisoners during the war. The Camp contained an eclectic mix of recent arrivals to Britain, principally from Germany, including a great number of Jews who had fled the European war zone for Britain.

It also included many others who had lived in Britain most of their lives, some of whom had family members fighting and dying in the British army. When American officials visited Cunningham’s Camp in 1916, it recorded 2,744 internees, of whom 1,968 were German and an unknown number of whom were Jewish. 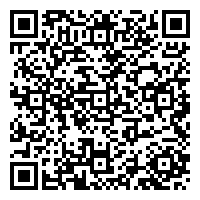