What could Shabbat candles and Jewish eternity possibly have to do with The New York Times – a “newspaper” not particularly renowned for its Jewish sympathies or for its support of the Jewish state? Therein lies a marvelous tale.

Toward the close of the last century, a Jewish executive conceived a delightful idea: that Jewish pride would be enhanced, and Jewish women would have an additional incentive or reminder to light Shabbat candles each week, if candle-lighting times were published on Erev Shabbat in The New York Times.


He contacted Stephen Klein, a Jewish philanthropist, who agreed to pay a significant sum – almost $2,000 a week – for the notice to run, and, for several years, Jews around the world would read “Jewish Women: Shabbat candle-lighting time this Friday is ____.” After some time, the notices ended, with the final one appearing in June 1999. But that isn’t the end of the story.

On January 1, 2000, The Times ran a millennium edition marking the turn of the century. The special issue featured three front pages. The first front page, the regular Saturday January 1, 2000 edition (price: 75 cents), included coverage of huge millennial celebrations around the world; the failure of the much-hyped “Y2K” phenomenon to materialize; the resignation of Boris Yeltsin and his replacement by Vladimir Putin; and the release of 150 hijacked Indian Airlines passengers after being held for 18 days.

The second front page was a reprint of the Monday, January 1, 1900 edition (price: one cent). The principal issue of the day was the American-Philippine War, and the day’s news included an account of an expected American advance; the opening of hemp ports by the War Department; and the discovery of four bombs in Manila, planted by Artemio Ricarte, the Philippine insurgent leader, who sought to take advantage of the mobilization of American troops at the funeral of General Henry Ware Lawton, the only American general to be killed during the war.

Other front-page items included news stories about German warships going to Delagoa Bay (an Indian Ocean inlet on the coast of Mozambique) in response to the British seizure of the steamer Bundesrath; a comprehensive annual financial review, including coverage of the purchase of the Wagner Place Car Company by the Pullman Company; a medical dispute over whether a 17-year-old New Jersey girl had diphtheria; an account of several people across the United States experiencing a particularly cold winter; and a reception for the general public held by New York Governor Theodore Roosevelt at the Executive Mansion Chambers.

The third front page, intended to be entertaining and thought-provoking, showcased projected January 1, 2100 headlines (price: nine dollars). Features included an article on Cuba, the 51st state; an examination of whether robots should be enfranchised to vote; a discussion of adverse budget implications arising out of the precipitous fall in auction prices for seats in the United States Senate; a report that Microsoft, “once a dominant company whose industry faltered,” had been dropped from the Dow Jones Industrial Average; a discussion of earth solving its garbage disposal problem by sending trash in solar-powered rockets to the sun where it is vaporized; and a story about a professor of biogenesis who created a novel line of household pets: miniature dinosaurs.

My two personal favorite items, however, are: (1) Iceland displayed spectacular “broomsmanship” in winning the first World Quidditch Cup; and (2) Donald Trump III vociferously protests New York City’s attempt to tear down the old Port Authority bus terminal to make room for a park. (Remember, this piece was actually written on January 1, 2000 – years before anyone thought of Trump even being a viable candidate for president.)

But there was one small item particularly worthy of attention. At the bottom of the page to the left was the following notice: “JEWISH WOMEN/GIRLS LIGHT SHABBAT candles today 18 minutes before sunset. In New York, 4:39 PM. Elsewhere, touch for local time and information.”

Nobody paid for the notice; The Times decided to include it on its own. When the issue’s production manager – an Irish Catholic – was asked about this intriguing little ad, he responded: “We don’t know what will happen in the year 2100, and it is impossible to predict the future. But of one thing you can be certain – that in the year 2100, Jewish women will be lighting Shabbos candles.” A story for the ages.

As a side note, the listed time is not strictly accurate. Although 4:39 p.m. will, indeed, mark sunset in New York on January 1, 2100, the accepted practice is to set candle lighting time 18 minutes earlier (4:21 p.m. in this case) to provide for a margin of error.

Today, when I close my eyes, I can still hear my mother, a”h, standing in front of the candles and blessing my sister and I – and, much later, her daughter-in-law and grandchildren – as she ushered in Shabbat with an emotion-laden voice. An eternal image of an eternal rite, the beauty, meaning, and spirituality of licht bentchen (lighting Shabbat candles) has been a favorite topic of Jewish artists. Shown here are a few favorite samples from my collection.

Exhibited below is a classic example of the beauty of Joseph Budko’s etching work: a signed woodcut depicting a husband and wife, both dressed in their Shabbat finery, who are virtually glowing with an inner light and the joy of Shabbat. The dominant item on the table before them is the radiant Shabbat lights, which is the apparent source of the luminosity generated by the old Jewish couple. Also on the table is a large siddur from which the wife apparently recited the blessing over the candles, and a wine cup awaiting her husband’s recitation of kiddush.

In his Shabbat Candles (1920), Joseph Steinhardt depicts a woman blessing the candles as her husband, returning home from shul on Friday night, looks in at the warm scene with a gentle smile on his face. Views to the outside through the window and door of the “Anatevka”-type European shtetl are drawn with shades of evening through which other Jews return to their homes and Shabbat meals. Seated across the table is an indeterminate elderly figure, perhaps a family relative or a Shabbat guest.

Also shown below is Shabbat, an illustrated plate inscribed “Zev Raban, Jerusalem.” It’s from Raban’s famous Chagenu (“Our Holidays,” 1925), a lovely collection of illustrations of the Jewish holidays, which may be seen represented in small circles around the principal drawing. The central focus of the work is a striking rendition of a mother lighting Shabbat candles on a beautifully set table while her very young daughter, with her back turned to us, has temporarily abandoned her toy to mimic her mother’s hands. The artist thereby captures not only the beauty of licht bentchen but, also, the eternity of the rite being passed on to future generations.

To each side of the center is a drawing of one of two Shabbat angels under the word “Kodesh” (holy) blessing the entire household while shielding their eyes from the holiness of the candles. In its totality, it is a truly awesome image that exhibits both the breadth of Raban’s talent and the depths of his Jewish emotions.

Alphonse Levy’s depiction of Shabbat candle-lighting is a bit different in that the painting’s candelabra is not on the table but, rather, hanging from the ceiling. Accordingly, the woman is looking up while waiving her hands and reciting the blessings as her eyes reflect the bright glare of the lights.

In his characteristic style, including his unusual Hebrew lettering, the “Millet of the Jews” completes the scene with a braided challah on the table and a young boy holding what is presumably his siddur and looking raptly up at his mother. What is particularly fascinating to me is that his face is lit much the same as his mother’s; at this angle, the light cannot be a reflection of the hanging candles but, rather, must be a direct reflection from his mother’s face.

This, too, may symbolize the Jewish eternity of licht bentchen through the transmission of its beauty from generation to generation. The caption at the bottom of the postcard reads, in French, “The blessing on the lights on Friday night at the entrance of Shabbat.”

Here, three favorite postcards from my collection of Shabbat candle-lighting material. The one of the woman davening from her siddur in front of the lit candles is by the famous artist Maurycy Gottlieb.

Wishing a Good Shabbos to all! 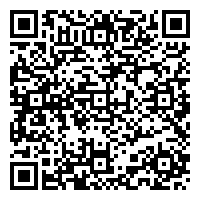