Samuel Herman Reshevsky (1911-1992) won the U.S. Chess Championship seven times, and at one point he put together an incredible streak, between 1936 and 1942, of 75 games without a loss in U.S. Championship competition. He scored spectacular victories in international tournaments, defeating seven world champions including Bobby Fischer (Fischer’s only loss in tournament competition).

However, despite an impressive career and although he remained a serious contender for the World Chess Championship for nearly 30 years, he never won the ultimate chess prize.


On the side, he served as a chess columnist for many publications, including The New York Times, Chess Life magazine, The Herald Tribune . . . and The Jewish Press.

Born in Ozorkov, Poland, to Gerrer chassidic parents, Reshevsky was a descendant of the rabbinic genius Rav Yonatan Eibshitz and of the great kabbalist Rav Isaac Luria (the “Arizal”). When he was nine, his family immigrated to the United States where, as a renowned child prodigy, Reshevsky amazed Americans with victorious coast-to-coast tours and he emerged as a major international celebrity.

Known affectionately in Jewish circles as Shmulik der vunderkind (“Little Samuel, the Wonder Child”), he visited any number of contemporary luminaries, including President Harding at the White House and Charlie Chaplin at his Hollywood studio.

But a late-night exhibition in 1922 got him in trouble with New York City child welfare authorities who, upon discovering he wasn’t attending school, brought charges against his parents for improper guardianship. The Manhattan District court dismissed the case after evidence was presented that Samuel was receiving religious education in a rabbinical school. Julius Rosenwald, the founder of Sears, Roebuck, agreed to serve as Samuel’s benefactor if the boy agreed to complete his education, and the court designated him to provide periodic reports on Samuel’s progress.

Reshevsky essentially gave up chess for six years to complete his secondary education in Detroit, where his family settled. He went on to earn an accounting degree from the University of Chicago (1933) but after working as an accountant in New York City, he returned to tournament chess as his avocation.

Reshevsky famously refused to play chess on Shabbat or the Yom Tovim, and even the Russian government had to change its chess tournament schedule to accommodate his religious observance. He lived in Crown Heights; prayed in the central Lubavitch synagogue at 770 Eastern Parkway; and developed a close relationship with Rav Yosef Yitzchak Schneerson, the sixth Lubavitcher Rebbe.

(He once asked for a blessing from the Rebbe, who agreed on the condition that Reshevsky study Torah daily – which he did, setting aside time to learn each day with a study partner. Whenever he participated in tournaments outside New York, he would first call the Rebbe to obtain contact information for families with whom he could stay for Shabbat.)

Exhibited with this column is an Israeli Problemist Association postcard that presents a chess problem from one of Reshevsky’s matches in Israel (in which he played white), canceled “Haifa, November 1, 1958” and signed by him.

In 1958 the international tournament took place in Israel for the first time, with the first part in Haifa and the second part in Tel Aviv. Eliyahu Fascher, then-secretary of the Israeli Chess Organization, told the following wonderful story:

En route to Israel for the chess tournament aboard the good ship “Jerusalem,” he was approached by Israeli chess player Yosef Porat, who told him that Reshevsky, who had a non-Jewish Dutch chess player as a cabinmate, was complaining that he could not concentrate on his davening while the roommate went about his business in the room. Fascher went to Reshevsky’s cabin and found him studying a page of Talmud. Reshevsky finished his learning and explained the problem, which was conveyed to the Dutch chess player, who graciously agreed to leave the cabin during Reshevsky’s prayer time. By the end of the trip the roommate had received a few lessons about Judaism from Reshevsky and they parted as friends.

At age 70 and no longer competing at the highest levels, Reshevsky considered retirement from professional chess. First, however, he consulted in 1982 with the Lubavitcher Rebbe, Menachem Mendel Schneerson, who responded that he should continue playing because doing so was “a Kiddush Hashem [sanctification of God’s Name], a proud demonstration of a Jew succeeding without compromising his spiritual ideals and values.”

Reshevsky complied and, shortly afterward traveled to Russia, where he upset the world champion at that time, Vassily Smyslov. He received a congratulatory letter from the Rebbe, which ended as follows:

The following lines may appear strange, but I consider it my duty not to miss the opportunity to bring it to your attention. You are surely familiar with the life story of Bobby Fischer, of whom nothing has been heard in quite some time.

Unfortunately, he did not appear to have the proper Jewish education, which is probably the reason for his being so alienated from the Jewish way of life or the Jewish people. However, being a Jew, he should be helped by whomever possible. I am writing to you about this since you are probably better informed about him than many other persons, and perhaps you may find some way in which he could be brought back to the Jewish fold, either through your personal efforts, or in some other way.

Reshevsky, who was in awe of the Rebbe, wept as he told his son about his shlichus (important mitzvah mission): “Imagine, the Rebbe asked me to do this!”

Though Fischer reacted viscerally to even the suggestion that he was Jewish – he was, in fact, a vicious anti-Semite, Holocaust denier, and Israel-hater – his mother was Jewish and his biological father probably was as well. (See my December 26, 2014 Jewish Press column, “Fischer and Spassky: Two Famous Jewish Anti-Semites,” for a more complete discussion on this subject.) However, no Jew was beyond the Rebbe’s concern and he expended considerable effort even with respect to a Jew as far removed from anything Jewish as Bobby Fischer. 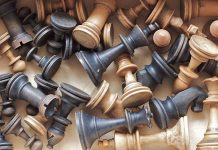 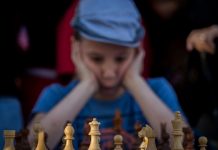 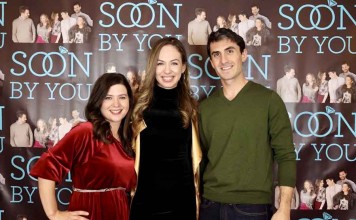 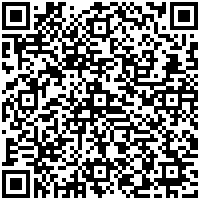