Many non-Jews have written books on the Bible and Hebrew, but very few have been as influential as Abraham Setsuzau Kotsuji, who published The Origin and Evolution of the Semitic Alphabets in Tokyo, Japan, in 1937.

The descendant of a long line of Shinto priests, Kotsuji came across a Japanese translation of the Bible at age 13. After enthusiastically reading it, he enrolled in a missionary school in Tokyo and eventually converted to Presbyterianism. He studied the Bible and Hebrew and, after his marriage, traveled to California to continue studying Hebrew philology. 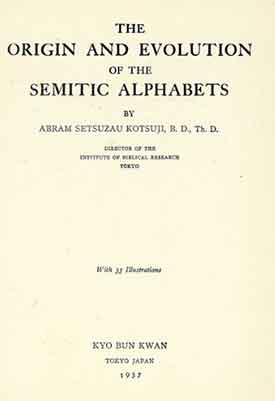 After completing his studies, he published The Origin and Evolution of the Semitic Alphabets, a fine copy of which I acquired this week. Over the next few years, his interest and admiration for the Jewish people grew, and he published many publications in Japanese on Jews and Judaism.

From July 1940 through September 1941, thousands of Jewish refugees arrived in Japan on temporary transit visas issued by Chiune Sugihara. The Nazis, though, pressured Japanese authorities to evict Jews from their country and align themselves with their anti-Semitic policies.

Kotsuji bravely fought the rising anti-Semitism in Japan, traveling the country to give lectures disputing anti-Semitic claims and authoring a book defending the Jews from them. Due to his intervention, the refugees’ visas were extended until they were able to reach Shanghai, where they resided until the war’s end.

In 1942, Kotsuji was arrested by the Japanese and accused of being a spy helping the Jews conquer the world. After enduring torture, he was eventually released with the efforts of a colonel with whom he was friendly.

In 1959, Kotsuji traveled to Israel and formally converted to Judaism with the assistance of many of the students of the Mir Yeshiva whom he helped save during World War II. He eventually moved to Brooklyn, NY, where he lived until his death in 1973. 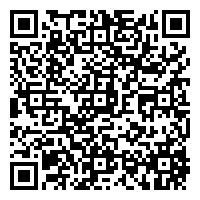