Mel Blanc (1908-89), “the man of a thousand voices,” was renowned for his remarkable skill, expressive range, and the astonishing number of beloved characters he portrayed during his work with Warner Bros. during the Golden Age of American animation and later for Hanna-Barbera television productions.

Though his best-known character was arguably Bugs Bunny, a carrot-munching cottontail, he was also the voice of such iconic characters as Daffy Duck, Porky Pig, Sylvester the Cat, Tweety Bird, Foghorn Leghorn, Yosemite Sam, Wile E. Coyote, Barney Rubble, Elmer Fudd, Woody Woodpecker, Speedy Gonzales, Pepé Le Pew, Tasmanian Devil, Barney Rubble and Dino (from the Flintstones), Marvin the Martian, and Mr. Spacely (from the Jetsons). His popularity and fame were such that he became the first voice actor ever to receive regular screen credits.


He also played Toucan Sam in Froot Loops commercials, the Frito Bandito in Frito’s memorable ads, and too many other characters to list. He had such range and abilities that NBC once held blind voice auditions for five different characters for a new animated series – and Blanc won all five.

Indeed, Jack Benny once pithily remarked: “There are only five real people in Hollywood; everyone else is Mel Blanc.” The multi-talented Blanc was also an accomplished bassist and violinist who played with the NBC Radio Orchestra and conducted the pit orchestra at Portland’s Orpheum Theatre, making him then, at 19, America’s youngest conductor.

Born in San Francisco to Jewish parents of Russian descent, Blanc’s family moved to Portland, Oregon, where some of his first performances were with Neighborhood House, which had been founded by the local chapter of the National Council of Jewish Women to help Portland’s immigrants.

After eloping and secretly marrying Estelle Rosenbaum in a civil ceremony, he participated in a Jewish wedding ceremony five months later on Lag B’Omer with his entire family in attendance. His many honors include being named the United Jewish Welfare Fund Man of the Year for his charitable activities.

After moving to Portland, Blanc became enchanted by the strange dialect spoken by an elderly Yiddish-speaking Jewish couple he befriended who ran a local grocery store. He learned to imitate their vocal idiosyncrasies and, by his own account, theirs became the first voices he ever impersonated, which were soon followed by a voice he mimicked from the owner of a Japanese produce market.

His multi-lingual immigrant community, a paradigm of the American melting pot (including Russian Jews), provided a virtual cornucopia of languages, dialects, accents, intonations, and vernaculars that supplied a rich and abundant source of material for the prospective voice actor.

If every voice has its story, then one of the more interesting ones is how Blanc came to do his distinct Woody Woodpecker laugh. Once, while cutting a high school class, he noticed that the school hallways had a perfect echo, He performed an assortment of deranged cackles to test their echo effect. Though the principal he ran into was not amused, untold millions of people would later be highly amused when he used that very piercing zany cackle for Woody.

It was at this point, as a young man, that he changed the spelling of his last name from “Blank” to “Blanc,” in a defiant response to a teacher who told him that his life would follow his name – i.e., “Blank” – because he would never amount to anything.

Blanc’s first major voice was of Porky Pig in 1937 who, though originally introduced two years earlier, was deemed by studio officials to be in urgent need of an upgrade. When Blanc was first offered the role by Leon Schlesinger, Warner’s head of animation, he famously responded, “What a fine thing to ask a Jewish kid.”

He later told David Letterman that he had gone to a pig farm, where he had “wallowed around with the pigs in order to be authentic.” Blanc did not invent Porky’s famous stutter – the man who had formerly voiced Porky had an actual stutter – but Blanc accentuated the stutter, made it funnier, and turned it into an iconic characteristic of the legendary pig.

In the first feature in which Blanc did the voice of Porky, “Porky’s Duck Hunt,” he also created the voice of the sputtering Daffy Duck. A year later, he gave voice to Bugs Bunny, who had been created by Bugs Hardaway. (The cartoon character earned his distinctive moniker when Hardaway’s colleagues referred to the drawing as “Bugs’ bunny.”)

The cultural importance of Bugs Bunny simply cannot be exaggerated: He officially appeared in more films than any other cartoon character; in 1997, he became the first cartoon character to appear on an official United States Postal Service stamp, which generated great controversy; and in 1985 he received his very own star on the Hollywood Walk of Fame, where Blanc is also honored.

Not only was Blanc Jewish but, apparently, so was Bugs. As David Yehuda Stern, a respected Jewish-British cinematic historian, notes, Bugs, the creation of a Jewish producer, settled in a Jewish neighborhood, spoke with a conspicuous New York Jewish accent and, as common to many Jews, used his “yiddisher kop,” innate intelligence, gift of gab, and comic sensibilities as a survival technique.

Stern notes that in one particularly telling cartoon in which Bugs has a flashback to the New York community in which he grew up in the early 20th century, we see that the area was packed with ultra-Orthodox Jews and Jewish immigrants from Eastern Europe. Stern adds – presumably tongue-in-cheek – that deleting the letter “t” from the word “rabbit” would make Bugs a “rabbi,” and that, not at all coincidentally, “Rabbi Bugs’” archenemy is (wait for it): the non-kosher Mr. Porky Pig! (Cartoon mavens, however, know that Bugs’ chief nemesis was actually the venerable Elmer Fudd.)

At least one commentator, the anti-Semitic Gilad Atzmon, apparently didn’t get the “carrot and shtick” joke, referring to Stern as part of “Hollywood’s indoctrination in the context of Jewish power” – and Bugs, no doubt, as its exemplar. In any event, lost in all this entertaining narishkeit (foolishness) is the fact that a rabbit is also not a kosher animal.

Some mavens claim that Bugs was modeled after Clark Gable in “It Happened One Night,” where Gable played a slick, fast-talking reporter who, in one scene, is shown casually leaning on a fence and munching away on carrots. In fact, the carrots presented a very interesting challenge to Blanc, who reportedly hated them and could not swallow them and recite his next line. This was a particularly serious problem because Bugs’ legendary line, “What’s up, Doc?,” had to always be accompanied by the sound of the character nibbling on a carrot.

The sound engineers devised an interesting solution to this problem: After Blanc chewed the carrot, they would cease recording, wait for him to spit it out, and only then resume taping. One commentator noted the inherent irony of mothers all over America telling their children to “eat carrots, like Bugs Bunny.”

Even more ironically, Bugs is credited with playing an important role in saving Blanc’s life. On January 24, 1961, Blanc was hit head-on in a near-fatal car accident on Sunset Boulevard, in which he suffered a triple skull fracture that left him comatose for three weeks. The newspapers declared him dead. The accident prompted over 15,000 get-well cards from anxious fans, including many addressed only to “Bugs Bunny, Hollywood, USA”; the post office knew exactly to whom they were addressed and where to deliver them. In this November 24, 1985 correspondence, Blanc explains who was responsible for his recovery:

Blanc says that one night, while recovering in the hospital, he tried to count all the characters he’d created; “by midnight, I’d reached 400, but then I fell asleep.”

Blanc’s radio career had begun in 1927 as a voice actor on the KGW program “The Hoot Owls,” where his ability to create voices for multiple characters first attracted attention. After working at several other stations, he became a regular on “The Jack Benny Program” in various roles, including violin teacher Professor LeBlanc; Benny’s pet polar bear Carmichael; Polly the Parrot; and the popular “Sy, the Little Mexican,” who spoke only one word at a time (watch it on YouTube; it is hysterical).

He earned his first steady role with Benny after he came to the rescue when the pre-recorded sound once failed to play on cue because the TV sound engineers had forgotten to plug in the record player. His instantaneous ad-lib sounds for Benny’s automobile, a 1926 Maxwell in desperate need of a tune-up, proved so popular that Benny discarded the recording and had Blanc continue to make the sounds himself.

Blanc’s success with Benny led to his own radio show on the CBS Radio Network, “The Mel Blanc Show,” which ran from 1946-47, and he also appeared on other national radio programs including “The Abbott and Costello Show” and as the Happy Postman on “Burns and Allen.” 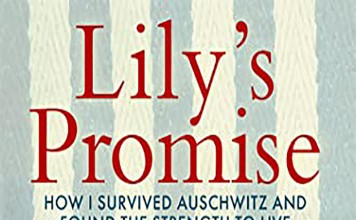 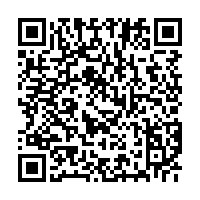