As of press time, over 200 newspapers were set to publish an editorial on Thursday attacking President Trump for, among other things, calling the mainstream media the enemy of the American people.

We were asked to join this Boston Globe-led effort (“This dirty war on the free press must end,” it opined) – but we refused. For we believe that the mainstream media is, indeed, a foe of the American people at present.


Consider: A year ago, Trump pressed Congress to pass major tax cuts that would save the average American family approximately $2,000 and lead to businesses hiring more workers. Yet, the mainstream media worked overtime to falsely portray the cuts as a windfall designed to benefit the rich.

Question: When the mainstream media tries to kill a measure that will benefit most Americans and jumpstart the economy, should it be classified as a friend or a foe of the people?

Consider another example: The mainstream media regularly runs headlines like “White Police Officer Shoots Unarmed Black Man” – despite absence of evidence that a particular shooting is racially-motivated, or even wrongful. Such headlines embolden leftist radicals, stoke racial hatred, and ultimately lead to the kind of police assassinations we saw in New York and Dallas just a few short years ago.

Question: Should a media that knowingly stirs racial violence be classified as a friend or a foe of the American people?

Consider another example: Trump has made keeping Muslim radicals and illegal immigrants out of this country a priority. One would think the media would be grateful to Trump for his efforts to keep America safe. Instead it has portrayed him as a racist and bigot of the highest order.

Question: Should a media that tries to make America less safe by calling for weaker border security be classified as a friend or a foe of the people?

We can go on and on. The fact is that ever since Trump’s election, the media has been working overtime to undermine him every step of the way. According to studies conducted at various points by Harvard University and the Media Research Center, over 90 percent(!) of the coverage of Trump by the traditional networks – NBS, CBS, etc. – has been negative. Even an ultra-leftist like Jimmy Carter has noted the unprecedented level of vitriol the media displays toward Trump.

Everything Trump does is wrong, in its eyes. Everything. He’s a bumbling idiot who is so stupid that he somehow bumbled his way into becoming a billionaire and winning the presidency, defeating a 40-year political veteran against the opposition of the entire entertainment industry, pundit class, and political establishment – both Democrat and Republican. He has also sparked a booming economy and the lowest unemployment rates for blacks, Hispanics, and Asians ever recorded.

But none of that matters. The media not only regularly publishes false stories about Trump or overly dramatizes “nothing-burgers” – to borrow liberal Van Jones’ description of the Russian collusion story; it also routinely ignores any and all stories that make Trump look good.

Does Trump have his faults? Of course. Is he sometimes indelicate when he attacks his enemies? Of course. But on the matter of the mainstream media being a friend or foe of the American people, there isn’t much room for debate. When you constantly undermine pro-American policies and stir up hatred by painting Trump and grassroots conservatives as racists, bigots, sexists, xenophobes, homophobes, and Islamophobes, how can you be classified as anything but an enemy of the people?

One last point: The Boston Globe claims Trump represents a danger to freedom of the press. Nonsense. Trump has never taken a single step to curtail the press’s legal right to operate. He has suggested making the libel laws in this country stricter. But even that is not an even close to an attack on freedom of the press. The libels laws in England are much tougher than they are here, but no one would suggest the English press is not free. More importantly, the chances of Congress passing a bill expanding the definition of libel is zilch, making the point rather moot.

So let’s “be real,” as the expression goes. The mainstream media doesn’t hate Trump because he represents a threat to the First Amendment. He obviously does not. It hates him because he threatens the radical post-modern liberal agenda – and for that it will fight him to the death, using any and all pretext to do so. 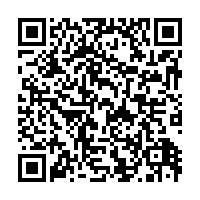