Graetz’s magnum opus, the magisterial and paradigmatic A History of the Jews, was arguably the first comprehensive history of the Jewish people written purely from a Jewish perspective. This work, which ignited worldwide interest in Jewish history, is marked by an amazing ability to organize and present information in a logical and eloquent style, vibrant descriptions, and painstaking citations to a great breadth of relevant authorities.


In marked contrast to the focus of the later Jewish historian Simon Dubnow, Graetz’s emphasis was on Jewish spirituality as expressed in literary sources and on the spiritual strivings of the Jewish people as the essential feature of their political and social life. Although he sometimes filled gaps in the historical narrative with his own controversial views and ideas (some of which he concocted out of thin air), which earned him much criticism and enmity, A History of the Jews remains a classic in its field, and he nonetheless emerges as an objective historian, albeit one with a profound belief in G-d and in the contribution of the Jewish people in fulfilling the divine will.

Tzvi Hirsh Graetz (1817-1891) was born into an Orthodox family in Prussia and sent to relatives of his mother, the daughter of a renowned dayan, to study at the yeshiva in Wollstein (1831). After five years of traditional Talmudic training and attending Gymnasium to acquire a secular education, he became determined to find a teacher who could combine high-level Talmudic scholarship and a deep and enthusiastic reverence for traditional Judaism with an appreciation for modern culture and the scientific method. That teacher became the renowned Rav Samson Raphael Hirsch, with whom he studied for three years and who greatly influenced him.

Rav Hirsch is best known for his advocacy of Torah im Derech Eretz, a synthesis of Torah knowledge and secular knowledge in which it is important for Jews to also learn philosophy, arts, and sciences. Though undoubtedly a child of the Haskalah, R. Hirsch fully embraced Torah and Rabbinic law; powerfully opposed the Reform movement’s belief that halacha could be changed as a process of historic development; and rejected the religious philosophy of compromise promulgated by the newly-emerging Conservative movement.

Abandoning his ambition to become an Orthodox rabbi, Graetz earned a Ph.D. at Breslau University (1845), presenting his thesis on the relationship between Gnosticism and Judaism. In his first essay, a well received article published in The Orient (1844-45), he emerged as a powerful champion of traditional Orthodoxy and, as per his mentor, an opponent of Reform Judaism. However, he ultimately became conflicted between traditional Jewish beliefs and modernity and, veering toward “Positive-Historical Judaism,” rejected R. Hirsch’s “excessive halachic stringency” and became estranged from him, though he remained a strictly observant Jew and continued to support his mentor’s opposition to the Reform movement.

At the time, philosophical differences among opponents of Reform Judaism were generally muted because of their common enemy. However, this camp eventually split into two primary factions: “traditional Orthodoxy” and “Positive-Historical Judaism” (the progenitor of Conservative Judaism), which was founded and led by Zechariah Frankel. Though ostensibly retaining loyalty to the Torah, Positive-Historical Judaism advocated freedom of research and generally characterized the Oral Law as a mere series of customs, an approach that was scandalous to Torah-true Jews.

Graetz accepted an appointment as a lecturer at Frankel’s Jewish Theological Seminary in Breslau, where he taught history and Biblical exegesis and a preparatory course on Talmud. Both scholars came to the “historical middle course” between Orthodoxy and Reform Judaism, pursuant to which it was important to both preserve the continuity of the Jewish people consistent with halacha but also to adopt “moderate changes in halacha” in response to evolving contemporary Jewish life and to adapt to cultural changes brought about by the Enlightenment.

They agreed that Jewish historical scholarship should replace Talmudic studies and that “ethical values” should replace the ritual formality of the Shulchan Aruch (as if those things are somehow mutually exclusive). However, although they ultimately arrived at essentially the same place philosophically, they came to it through entirely different approaches.

Frankel initially turned to Reform Judaism, but he became disgusted by its extremism, its total rejection of Talmudic exegesis, and its negation of the entire Oral Law. Graetz, on the other hand, was always repelled by Reform Judaism, particularly its imitation of Christian religious practices and its embrace of assimilationism, which constituted the ultimate anathema to him.

However, he viewed the Talmud as excessively mechanical, emotionally dry, and intellectually convoluted, and he considered the Shulchan Aruch to be unduly stringent, pedantic, and constricting. Most significantly, he considered it inappropriate for these two traditional halachic sources to serve as the exclusive foundation for Jewish education.

Nonetheless, Graetz viewed the Talmud as not only relevant to Jewish history, but also essential to the continued survival of the Jewish nation, and he embraced completely the traditional view on the divine authorship of the Torah.

Graetz’s much-vaunted scholarship met its greatest challenge in R. Hirsch himself who, in a series of brilliant essays, proved beyond any doubt that Graetz had misquoted the Talmud; that, in many cases, a full and accurate quote in context would have disproven the very theory that Gratz was seeking to advance; that Graetz presented broad theories regarding the alleged philosophical and halachic approach of the Sages affecting the entire Torah tradition that, in fact, are flatly contradicted by a plain reading of the Talmud itself; and that, in general, Graetz frequently rewrote the Talmud to support his theories of both Jewish exegesis and Jewish history. R. Hirsch characterized Graetz’s work as “a piece of fantasy derived from superficial combinatory mannerisms.”

Graetz was a passionate Zionist who became affiliated with Chovevei Tzion at its inception and served as a member of its executive board. He yearned all his life to be able to visit Eretz Yisrael, but he was not able to finance the voyage until later in his life in 1872.

Longing to personally experience Eretz Yisrael and seeking heightened inspiration for his historical work, he joyfully traveled the land using a Tanach as a guidebook and viewed everything he saw through a filter of unabashed love. As he later wrote, “Love for the people to which I belong by birth and training, accompanied me in my journey.” Among other things, he laid the groundwork for the foundation of an orphan asylum in Eretz Yisrael.

However, the controversy surrounding him followed him on his trip. Upon his arrival in Jerusalem, he was awarded a Certificate of Merit, but he was immediately excoriated by a local rabbi. He was warmly welcomed by much of the Jewish public but, while attending services at the Chief Ashkenazic Synagogue, was attacked and accused of being a heretic. With a touch of humor, he described an incident at a Jewish restaurant where a pleasant server said to him, “I know you. You are welcome, but you are a wicked man.”

It was only after returning from his trip to Eretz Yisrael that he felt able to write about the earliest period of Jewish history, covering the entire Biblical era and some 350 years thereafter, which he considered of singular importance and to which he devoted his greatest effort.

The result was Volumes I and II of his history, the final volumes of his masterwork, which were published in 1874-76. (Graetz did not write and publish his History chronologically; he began with Volume IV, covering the period following the destruction of Jerusalem, which was published in 1853.)

In this very rare September 24, 1887 handwritten correspondence in German to “Dear Doctor,” Graetz expresses his gratitude for the allocation of charity funds, most likely to a woman about to give birth, interestingly mentions Zechariah Frankel, and extends Rosh Hashanah greetings to his correspondent:

Your bequest to [unreadable word; likely a woman about to give birth, or possibly an institution] is worthy of great thanks….

I am pleased to learn that you are doing well, and that you are happy in your home, thanks to your wife, and that you can be industrious. You have always been industrious and eager to work. I am pleased that you have finally arrived at the letter resh [a reference to the progress on a scholarly work that the recipient of the letter was in the process of writing]. We shall therefore be blessed to see within a few years the completion of your monumental work, [and] perhaps I shall yet see it….

Concerning my biography, I beg you to desist from it. I think as Carlyle (sic) thought. He pronounced the curse of contempt against he who would undertake to write his biography. It is indeed just ridiculous to give an apotheosis only to half of the quarter-celebrities. Leave that, dear friend, for later, for Acharei Mot-Kedoshim [a pun on successive Torah portions, meaning “after death, call them holy”] as it was customary with the Roman Caesars to be deemed worthy of posthumous divinity.

I shall give up the Monthly next year. I can no longer master the work. Frankel unfortunately died….

The “Monthly” to which Graetz refers in this letter is the “Monthly Publication for the History and Science of Judaism,” which had been founded by Frankel in 1851 as the monthly house journal of the Breslau Theological Seminary and which became the most influential Jewish journal as leading scholars around the world submitted manuscripts with the hope of being published in its prestigious pages. Frankel focused on rabbinic literature, the evolution of halacha, and the history and philosophy of Judaism, specifically excluding studies of Biblical criticism.

When Frankel decided to turn all his efforts to the Jerusalem Talmud, Graetz succeeded him and went on to edit the journal from 1869-1887, but the editorship proved to be a daunting undertaking entailing correspondence with leading authors, translators, and publishers around the world, and editing their submissions, with virtually no support.

After completing 11 volumes of the History, Graetz turned to biblical exegesis, publishing works on Jeremiah, Proverbs and, most notably, Psalms. His exegesis is marked by bold textual emendations which, though carefully reflecting the traditional versions, often substitute raw conjecture and audacious hypotheses for the Masoretic text.

One story that perhaps best illustrates the inherent contradiction between Gratz’s faithfulness to Orthodox observance and his unfaithfulness to the accepted Masoretic text: When he was invited as an honored guest to chant the Haftarah at the Great Synagogue in London, he substituted his own critical modifications to the text but then, upon leaving the synagogue on Shabbat, he carefully tied his handkerchief around his wrist lest he violate the Biblical proscription against carrying in the public domain on Shabbat.

As a biblical scholar in the critical mode, he did not hesitate to present “untraditional” views – to say the least – regarding the dating of some of the biblical books, including particularly Ecclesiastes (which he argued was set at the time of Herod, a proposition that is demonstrably false) and Song of Songs (which, contrary to every accepted traditional Biblical commentator, he set during the time of Syria-Macedonia).

The end result was that his exegetical work was not nearly as respected or influential as his History of the Jews. 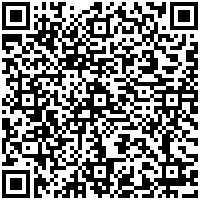