Michael Califano (1889-1979) was an artist who became internationally renowned as “a poet with a paintbrush.” Born in Naples, Italy, he served as court painter for Vittorio Emanuele III, the king of Italy, and later became a prominent American portraitist.

After graduating the Fine Arts Academy of Naples, Califano was sent to the front during World War I and commissioned by Emanuele to paint the king’s beloved war scenes. He became deaf while performing that work, possibly because of a childhood hearing problem exacerbated by the constant bombardment. Upon returning to Rome, he became a painter in the king’s court and gave lessons to Queen Elena, but he wanted to seek his fortune as an artist in the United States. Deaf and not knowing a word of English, he set out for America in 1922, instructing his wife and three children to follow later.


He almost didn’t make it. He was detained at Ellis Island because the annual quota for Italian immigrants had been exceeded, and he also faced the threat of imminent deportation because of his deafness. To prove to skeptical immigration authorities that he was indeed an artist capable of supporting himself through his work, he rendered an image of New York Harbor, which delighted them. He then found a scrap of wood, asked a young Dutch girl sitting nearby to pose for him, and quickly produced a portrait that not only captivated the imagination of immigration officials but was also later published on the front page of a local newspaper, which ran an accompanying account of the artist’s detention on Ellis Island. The portrait, which was also displayed at the City Club, was soon brought to the attention of Secretary of Labor James J. Davis, who promptly ordered Califano’s release and approved his status as a new immigrant.

Davis’s role in facilitating Califano’s immigration is particularly notable, given his significant and notorious support of the eugenics movement and his attempts to keep prospective immigrants with “bad stock, weak blood, and sickly heredity” out of the United States. As secretary of labor under Harding, Coolidge, and Hoover (1921-1930) – and, as such, one of only three Cabinet officers in American history to hold the same cabinet post under three different presidents – Davis established the U.S. Border Control and focused on creating significant restrictions on immigration to the United States.

Califano established a studio in New York City, where he specialized in portraits. He came to be broadly recognized as a gifted landscape artist and he also created a large collection of Roman historical scenes and architecture. He later established a branch studio in Washington, D.C., where he painted many of America’s celebrities and dignitaries, including Franklin Delano Roosevelt, Wendell Willkie, and Charles Lindbergh. His famous portrait of Rudolph Valentino in a toreador outfit sold for nearly $12,000, a veritable fortune in the 1920s.

Califano became a great friend of the Jews, whose assistance and cooperation he credited for much of his success as an artist in America. Outraged by Hitler’s treatment of the Jews in Germany, he created The Ignominy of the Twentieth Century (1934), a life-sized mural depicting Hitler trying to terrorize Albert Einstein, and he used the painting as a model for postcards that he sold to raise funds for Jewish refugees from Germany. As the artist explained:

Jews are my best friends here. They took care of my art and paid real money for it. I painted this picture as an expression of my feeling and sympathy for the Jewish people. Hitler must go to hell!

A very rare original card is displayed with this column. The image is stark: it portrays a despondent Einstein facing a fist-clenched Fuhrer, who stands next to a brown-shirted stormtrooper. An arm holding a sword dripping with blood is seen behind them, and the inscription on the back of the card reads “Neither hatred nor persecution can stay the progress of science and civilization.” Compelled to show his friendship for the Jews in a more concrete form, Califano decided to print, at his own expense, a million color postcards reproducing The Ignominy of the Twentieth Century and to sell them nationally for the benefit of Jewish refugees from the Nazis. He commenced discussions with the American Jewish Congress for it to take charge of the sales, and the first batch of cards were produced in May 1934. He ended up printing some 5 million cards, which he sold at six for twenty-five cents.

Among the people deeply touched by the work was Einstein himself, who wrote to Califano expressing his admiration for the artist’s courage and humanitarianism in standing up for Jews. He also later visited Califano after “German Bund” goons in New York, so disturbed by this anti-Nazi depiction, beat the artist nearly to death.

As Califano told the story, he was at work in his Manhattan studio at 40 West 53rd Street on May 16, 1935, preparing for a major show that was to open the next day, when three men entered the studio and asked to purchase a reproduction of Ignominy. As he turned to pull some of the postcards from the cabinet where he stored them, he was overcome as they dragged him across the room, tied him to a steam pipe, put the muzzle of a handgun into his mouth and, after a time, beat him unconscious. Before fleeing, they slashed 30 of his most prized paintings, most of them dealing with Jewish subjects and including Glory – Flag Day, a homage to America, his beloved adopted country. He was found the next afternoon by Soloman Shapiro, his financial backer, who reported to the West 47th Street precinct police that he found the artist unconscious and lashed to the pipe.

By the time Detective William Holzher arrived, Califano had been untied by Shapiro, and the police quickly dismissed the artist’s account of what had happened. The detective reported that he found no marks on Califano’s head, where he had ostensibly been beaten; Flower Hospital released him the artist next day, having found no serious injuries; and three house painters working outside at the time of the attack reported that they had not seen anyone enter the building. The police noted wryly that the media had been called before the police; that the victim, who alleged that he had been subject to a sustained attack, could not describe any of the attackers; and that as Califano had moved to the building only one day earlier, his address was not listed, and he could not explain how the Nazi thugs could have found the address. The police concluded there was no evidence that the crime had been committed by Nazis or by Nazi sympathizers.

However, in reaching that tenuous conclusion, the authorities all but closed their eyes to critical arguments presented by Califano and his son, Victor. First and most significantly: though Ignominy, which was slashed to shreds, was clearly the main target of the attackers, the assailants apparently exercised great care in their vandalism because the figure of Hitler was left entirely untouched. Second, Califano had been scheduled to present Ignominy and his other paintings of Jewish interest at the World Jewish Congress in New York only a few weeks later, on May 27, and it is inconceivable that he would undermine, let alone utterly destroy, the hard work he had invested in preparation for the exhibit. Third, when the Nazis set out to maim or kill, they often shadowed their putative victims, became familiar with their comings and goings, and carefully planned their attack. Fourth, any suggestion that Califano faked his injuries and destroyed his own work was not only inconsistent with the very essence of the man but, more significantly, was laughable given that his $25,000 insurance policy did not cover vandalism. In fact, many of the ruined paintings had been loaned to him by collectors who had purchased them and, because his insurance did not cover the loss, he was left with debts that took him much of the rest of his life to repay. But repay them he did.

Finally, the arc of Califano’s subsequent life left little doubt that he had been the victim of a terrible crime, made worse by the fact that it was never prosecuted and that the perpetrators were never caught. Above and beyond his financial ruin, his mental damages were greater: he was so distraught that he destroyed almost everything he painted and the gifted artist, whose heart bled red for the Jewish people, spent the rest of his life as a virtual recluse until his death in December 1979 at age 90. 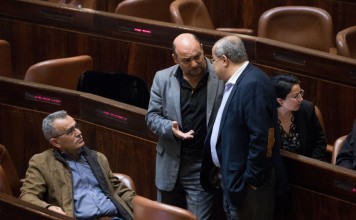 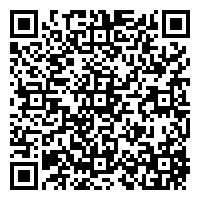