Within the archives of a noted American rabbi I recently acquired, one letter stood out to me as it shed light on life under the Nazis several years before the horrors of the Holocaust were unleashed. 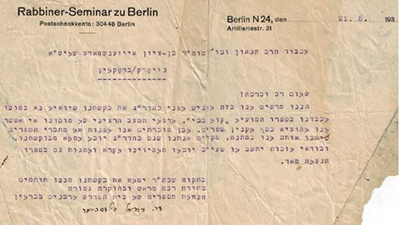 Written in May 1936, the letter was sent from the famed Hildesheimer Rabbinical Seminary in Berlin to Rabbi Ben Zion Eisenstadt in Brownsville, Brooklyn, NY. The writer of the letter, Azriel Hildesheimer – presumably a grandson of the seminary’s founder, Rabbi Dr. Israel Hildesheimer – requests that Rabbi Eisenstadt donate a copy of his recent sefer, Kol Bechi, published in 1935, to the yeshiva so that its students can benefit and learn from it.

The letter describes the yeshiva’s dire situation, precluding it from spending money on books and forcing it to ask published authors to send copies of their books to the yeshiva as a donation.

The yeshiva was founded by Rabbi Dr. Israel Hildesheimer in 1873, and under his leadership and that of his successors – R. David Zvi Hoffman. R. Avraham Eliyahu Kaplan, and R. Yechiel Yaakov Weinberg – the yeshiva produced the majority of the Orthodox rabbinate in Germany through the Nazi era. Due to increasing anti-Semitism and Nazi oppression, the yeshiva closed its doors in 1938. 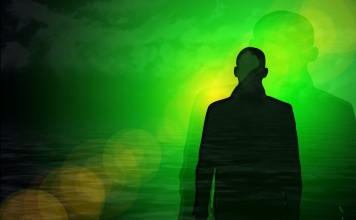