Let’s paint a portrait of the average American household. The typical family has 1.93 children, a household income of $63,179 a year, and 90 percent of parents send their children to public schools. Additionally, the U.S. Bureau of Labor Statistics determined that Americans spend on average $10,080 on housing costs, $9,004 on transportation, $6,602 on food, and $1,138 on education annually.

Do these numbers seem foreign to you? If so, you are not alone. Orthodox Jews living in America – whether NYC, Miami, Dallas or Omaha, and irrespective of whether their background is Ashkenaz or Sefard, Yeshivish or Modern, Chabad or Satmar – have lifestyles, and consequently concerns, that may differ significantly from the average American. Foremost among those areas of concern is finances. While there may be differences among all the aforementioned sub sects of Jews, one finds a general commonality around their financial concerns. Topping the list are the costs of housing, education and keeping a kosher home.

While the cost of a home varies significantly based on one’s location, it’s generally true that predominantly Jewish areas tend to be more expensive than their surroundings. Frum families look for neighborhoods that have the infrastructure in which they can easily maintain their lifestyle. This may include the need for kosher food, a mikvah, an eruv, or being walking distance to a shul. The desirability of living in a community with these resources causes housing demand to rise, which results in home prices that are higher than in other parts of the country that don’t have the same Jewish infrastructure.

Another financial distinction is the costs associated with educating one’s children. While most Americans send their kids to public school for free, in the Orthodox world the price of yeshiva education is a major financial expenditure. Similar to housing costs, the price of yeshiva tuition varies based on a myriad of factors including location and the type of school. However, spending thousands or tens of thousands annually per child is the reality for many families. For a family that has several children, these expenses can very quickly become quite onerous for parents and can impact other areas of their life.

Finally, keeping a kosher home is not cheap. When you factor in the price of kosher food in general, as well as making Shabbos and yuntif for your family, the thought of spending only $6,602 a year on food is a pipe dream. If you explain to a gentile friend or co-worker the concept of making a Thanksgiving feast twice a week (Shabbos dinner and lunch), they will think you are out of your mind. Yet, this is the reality of a frum lifestyle, and the costs associated with it can be very significant.

Jewish Press readers don’t need census data to understand that the makeup of the typical frum family is different from that of the average American. We all know people within our respective communities who have four, five, six, or more kids. These families are not an anomaly. There are financial implications of such a family structure which present their own unique set of challenges.

Beyond the family structure and costs associated with living a frum lifestyle, there are also particular social pressures that may influence your money decisions. As one example, consider community norms around going away for Sukkot, yeshiva break or Pesach. Many will also want to consider the halachic perspectives on how one should handle their personal finances. For example, determining a proper framework for how to give tzedakah.

Many personal finance writers address the concerns of the over 99 percent of Americans who don’t have an Orthodox lifestyle. They provide financial planning rules of thumb which may or may not be helpful for a frum family trying to prioritize their financial obligations and prepare for their financial future. The goal of this column will be to address the financial concerns specifically pertaining to frum families. In doing so, I hope to offer a framework for how to think about your personal finances, as well as practical and timely strategies to achieve your personal financial goals, provide for your family, and mitigate the stress associated with many of these topics.

Readers are encouraged to ask their personal financial questions, which may be quoted from and addressed in a future column, by emailing shenkman.jonathan@gmail.com. 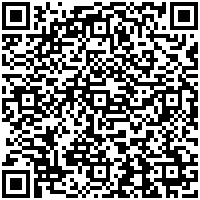