There was no hiding the smiles of pride flashing across the young faces of Josh Levy and Caleb Szlamkowicz as they held up their trophy and gave the media cameras the thumbs up after winning the Exemplary Pitch Award at Innovation Day 2022. Josh, 16, and Caleb, 15, of SARS High School in Riverdale in the Bronx, were the creators of a gadget called the Smart Helmut, which “allows coaches and trainers to evaluate the collation forces of hits to the head that take place during a game or practice to prevent any major brain damage.”

“It feels pretty good – it’s a relief, we put in a lot of work and it’s pretty nice to see it paid off,” Caleb told The Jewish Press. Innovators were not only tasked to create something that provides a meaningful service to mankind; contest scoring was also based on how well they marketed the innovation in a sales pitch.

The young students were also tasked with creating a website for their innovations. Josh and Caleb said they believe “their invention is important because in many different sports including football and hockey, many players end up having some sort of brain damage after they end their careers,” and also it “needs to be implemented into all high school level of football to help prevent long term brain-damage.” Josh and Caleb told The Jewish Press they “hope to eventually update their product by making it compatible with bluetooth and wifi in order for the coaches and trainers to know whether or not they can continue to play or need to be taken out and be assessed for injuries.”

The awards ceremony brought to a close an exceptional day of creativity, as young high school students from across the country gathered to show off their innovations. Over 400 projects were submitted this year.

Earlier in the day, Logan Hauser, 16 and Aaron Bazini, 15, of Schechter School of Long Island in Williston Park, NY, hauled very carefully their man-sized invention to the front of the showcase room. Called a Solar Concentrator, it “uses a set of lenses and mirrors to concentrate solar energy and redirect it toward satellites with weakening solar arrays, thus increasing the lifespan of satellites.”

Aaron and Logan’s website also featured various designs and models and even a business plan for implementation of their innovation. “We practiced a lot, so we felt a little more comfortable but it was still nerve racing, presenting in front of all the people,” Aaron told The Jewish Press. Logan said the current design wasn’t their first, and that an original version could not be actualized within the mandated $75 budget. “So, we tried a second design and then finally this one worked,” Logan said. “I loved doing this event. I think it’s a ton of fun. I was counting down the days until we got here.”

“It really was fascinating to go (from room to room) and see how well you guys perform under very stressful conditions,” Jason Cury, president of Center for Jewish Education (CIJE) told the young innovators during the awards. “My view is that someday when you’re out in the real world, you’re going to be under pressure to get various things done, whether you’re in engineering or business, or finance or accounting- its going to take patience, and your ability to do that really began here today.”

CIJE’s main goal is to provide 21st century education to Jewish day schools and to prepare them to be successful in today’ job market. The focus is on Science, Technology, Engineering and Mathematics (STEM) education. 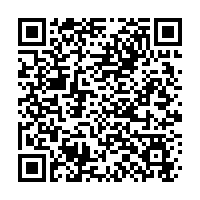