WARSAW — A gala dinner was held at the Presidential Place in Warsaw on November 3 for Ambassador Ronald S. Lauder, who for 25 years has been the driving force in rebuilding the Jewish community in Poland.

It was in 1987 that Lauder first came to Warsaw as U.S. ambassador and was dismayed that the average age of the people in the only active synagogue was about 75.


“Where are all the young people?” he asked.

Lauder was determined to help rejuvenate the community.

In 1989 he hosted a dinner for 157 young Jews with the late Rabbi Chaskel Besser and the Ronald S. Lauder Foundation in Poland was born.

Starting with retreats, summer camps, then a kindergarten and school, the foundation grew until today it is spread throughout Poland and reaching out to Jews of all ages.

Rabbi Shlomo Besser talked at the dinner about the close relationship his father had with Lauder and how important it was for him to have a hand in bringing Jewishness back to Poland.

“He would propose ideas that at first seemed impossible but he would make them come true. He is our mentor, our teacher, a true ambassador for the Jewish community.”

Rabbi Maciej (Mati) Pawlak, director of the Lauder-Morasha School, is proud of the accomplishments of his students and staff. “Here we learn about Judaism about Israel, Torah, Shabbat, the Jewish holidays, what it means to be Jewish. We work not only with the students but also with whole families. All this is due to Ronald S. Lauder and his wonderful foundation.”

Lauder insisted that “thanks and honor should go to you, the students and parents that bravely go and send your children to a Jewish school in Warsaw, the first since the Shoah. Without your participation there would be noting.” 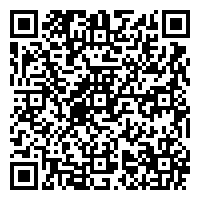