Jordan has recalled its ambassador from Israel for “consultations” — and to protest the closure of the Temple Mount in connection with Arab violence spreading across Jerusalem.

According to the official Jordanian Petra news agency, Amman recalled its ambassador over “the unprecedented and escalated Israeli aggressions” at the Temple Mount, and “repeated violations in the holy city.”

Under its peace treaty with Israel, Jordan was given custodianship of the Muslim holy sites, according to former Jordanian Prime Minister Abdelsalam al-Majali.

The retired official told i24news that he was the one who signed the 1994 peace treaty brokered by then-U.S. President Bill Clinton, together with King Hussein and former Prime Minister Yitzhak Rabin in Washington D.C.

Any violation of the status quo would be met with a harsh response from Amman, al-Majali told the Tel Aviv-based television network. 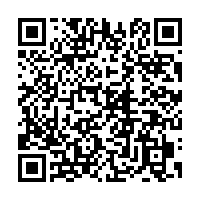