The February 23, 2006 issue of The New York Timescarried in part the following obituary:

The Rev. Abraham Lopes Cardozo, the longtime cantor of a historic Manhattan synagogue and a major force in recovering and preserving the liturgical music of Spanish and Portuguese Jews, died on Tuesday at Lenox Hill Hospital in Manhattan. He was 91. Mr. Cardozo was associated with Congregation Shearith Israel, also known as the Spanish and Portuguese synagogue, for 60 years. He served as cantor from 1946 to 1984 and was cantor emeritus after retiring. Mr. Cardozo is survived by his wife of 55 years, Irma Robles Lopes Cardozo.

I am indebted to Mark I. Wolfson for permission to use the following material from his Mikveh Israel History blog (www.mikvehisraelhistory.com).

“Rev. Abraham Lopes Cardozo was born on September 27, 1914. His father, Joseph Lopes Cardozo, was the leader of the boys’ choir at the Spanish and Portuguese synagogue in Amsterdam. He was also a violinist, and along with Cardozo and his two brothers, the foursome formed a band that played at various gatherings and communal holiday celebrations. They all could play keyboards and also string, reed, and brass instruments.

“Of course, Bram, as Abraham Cardozo was known, grew up completely immersed in music of all kinds and had a natural talent. He even played piano as a toddler. As he grew, he could play any piece of music he heard by ear.

“At age 18 Cardozo earned a degree that qualified him to teach Hebrew from the Ets Haim Seminary in Amsterdam. In 1938 he answered an advertisement for the position of Hazzan placed by the Surinam Congregation Zedek Ve-Shalom. Interestingly enough this ad was placed by his future father-in-law, Judah Robles, who was Parnas of the synagogue at the time.

“After much deliberation over different candidates, Abraham Cardozo was chosen because of his credentials. An additional factor that led to his selection was that the salary paid for by the Dutch government and the living conditions provided were appropriate for a single young man. Hazzan Cardozo arrived in Paramaribo, Suriname on September 9, 1939. As it turned out, this appointment saved his life – the rest of his family that had remained in Holland perished in the Holocaust.

“Throughout his life, he observed Tisha B’Ab as the Nahalah (anniversary) for all of his relatives who were murdered, as this is the national Jewish day of mourning.

In 1945, Rev. Cardozo took a six-month leave of absence from his job as Hazzan in

Suriname, and headed to New York. The Suriname community was declining in the wake of the war, and he wanted to expand his horizons and look for other opportunities.

“New York City provided the perfect vibrant Jewish community for him to spread his wings. Of course, Rev. Cardozo found his way to the Spanish and Portuguese synagogue, Congregation Shearith Israel. There, as a visiting Hazzan of a sister synagogue, he was invited to lead services. This led to an offer to join the congregational staff as an Assistant Hazzan, which he accepted.

“After returning to Suriname to give notice to a very disappointed Mr. Robles, be began his long tenure at Shearith Israel on January 1, 1946. Immediately on starting as Hazzan, Rev. Cardozo reunited with the daughter of his former Parnas in Suriname, Irma Miriam Robles, who was working in New York and attended Shearith Israel regularly.

“They shared many of the same friends and over the next few years grew close. In December of 1950 they became engaged, and had a beautiful wedding on March 11, 1951, officiated by Rev. Dr. David de Sola Pool of Shearith Israel, assistant minister Rev. Dr. Louis Gerstein, and Rev. David Jessurun Cardozo, the Rabbi of sister congregation Mikveh Israel in Philadelphia. Of course, the first piece of furniture they acquired for their new home was a piano – a Baldwin Acrosonic upright. The Cardozos had two daughters, Debby and Judy born in 1952 and 1955. 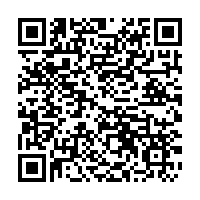