Since 2019 Dori Zofan has run the annual Celebrate Israel Parade for the Jewish Community Relations Council of New York. Last year, due to Covid-19, the parade was held virtually.

This year, he has cooked up something new: a contest, inviting the usual marching groups (including many from yeshivas, day schools, and synagogues) to submit a video showing their Israel pride.


We asked Dori some questions about this year’s event.

This is now the second year in a row that the coronavirus pandemic has upended the traditional parade. That must be a major disappointment.

When we shifted to a virtual event in 2020, we said that we look forward to seeing everyone on 5th Avenue on June 6, 2021. Of course, we wish we could safely do that, but the safety of the community is simply too important; it must come first.

How did last year’s virtual parade turn out?

The virtual event was very well received last year. The number of engagements on our social media channels were up drastically from previous years, and we found creative ways to engage many of the participants that usually attend in person.

For this year you’ve set up a contest. Was there something wrong with last year’s?

Last year’s production was possible because we had many things already in place for the in-person parade that we were able to pivot to be done virtually. We also are aware that people have been attending virtual events for more than a year and many would prefer to spend a summer Sunday in their local parks.

So is this indeed a contest – with winners and prizes?

This is a contest. We actually have a little known contest every year at the parade for our marching groups. This year, the prize is bigger than it’s ever been: free registration in the 2022 parade.

We have long-time judges who have been judging groups on the parade route for many years. We also have a dedicated staff and lay committee that will help out.

There has been a nice response so far. Many of us work on deadlines, so I anticipate an additional rush of videos will flow in shortly.

Can you give us a preview of something different or exciting that we’ll see when the videos go live?

One difference I have already noticed is that schools are able to include their younger grades in this year’s videos (marchers generally have to be in 4th grade or older). And the big difference this year is that the kids are more the star of the show, whether that is kids that have not been in the parade before or older kids taking the lead on making the videos.

Where and when can people find the videos?

Many elected officials and campaigns enjoy the parade as a forum to, shall we say, press the flesh. I know they weren’t part of the contest, but are they the big losers?

No, we are offering elected officials the opportunity to submit short videos celebrating Israel as well. They won’t be in the contest, but they will be posted on our website and social media channels.

I’m sure you’ve seen some incredible displays over your years at the helm. Can you tell us about one in particular that stands out?

The dancing El Al pilots have always been my favorite!

With G-d’s help we’ll be well past our current state of living by next spring. Are you already thinking ahead to a grand live comeback?

Yes we are. Shavuot falling out on a weekend made things challenging so we will be on 5th Avenue a bit earlier than usual – May 22, 2022. 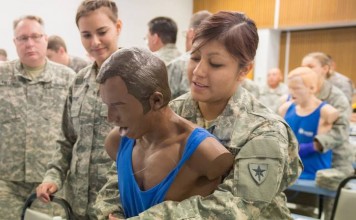 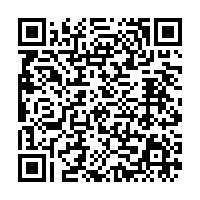