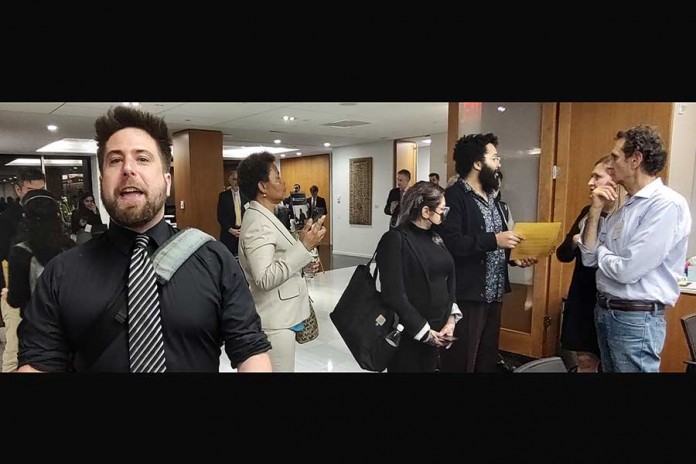 If you ever thought going to a meeting about commercial litigation practice with the acting chief judge of the state’s highest court at a white-shoe law firm hosted by the New York State Bar Association could be boring, here’s a story that will make you think twice about such gatherings.

As Anthony Cannataro, the acting chief judge of the New York State Court of Appeals, was being introduced by event moderator Dan Wiig, the immediate past chair of the commercial and federal litigation section of the New York State Bar Association, Bronx resident Randy Dillard stood up from the audience to make a speech asking Judge Cannataro to do something about the pending homeless crisis due to arrive as the colder weather drapes the New York City area.

“We have 16,000 tenants in crisis right now waiting for attorneys who are not giving representation. Why is it that 7,500 of those tenants live in The Bronx?” Dillard asked Cannataro. “We fought for this right in 2013. We won this right in 2017. The mayor signed it into law. Now they are being sent into court like cattle. This is not fair.”

Dillard has been a leading member of the Right to Counsel/New York City Coalition, a coalition of 25 tenants’ organizations and a tenant leader with Community Action for Safe Apartments (CASA) for almost a decade. He is also a member of the Bronx Defenders and the National Action Network, founded by the Rev. Al Sharpton.

“What you’re doing right now is discriminating against the law by not giving these tenants legal representation. They have a right to an attorney. We fought and gave them this right and why don’t you honor that. All you have to do is issue an order to adjourn these cases until they get legal representation,” Dillard said before an audience of 75 people.

Cannataro tried to provide an answer to Dillard.

“The New York City Council passed a law that created the availability [of] attorneys in housing court for tenants who couldn’t afford one. They did that with the full support of the Office of Court Administration,” Cannataro explained. “We have in the past, and we continue to this day, to support the program that gives attorneys to tenants who want one. There seems to be a problem in terms of money. I think the money is there from the city. The law hasn’t changed. It’s a good law. There seems to be a problem with the agency in terms of hiring attorneys, holding onto attorneys, and making them available for court proceedings.

“We are meeting and working regularly with those agencies to understand why they are not hiring lawyers fast enough to fill the need or why they can’t retain lawyers. Hopefully, a number of solutions to that problem are on the table, and hopefully that situation gets better from here. A lot of it has to do with the economics of what’s going on in the world.”

After a member of the law firm, Foley & Lardner, tried to squelch the interruption, Cannataro tried to provide another reply.

“I’m going to stand by my answer. We support the provision of counsel to every tenant in housing court. We are committed to working with legal service providers to resolve whatever problems they’re facing providing those lawyers.”

Corine Ombongo-Golden, a Bronx tenant, also had a few choice words for the judge.

“Come out and see the epidemic of homelessness. Ride the train one night. It’s an epidemic. You have the power to stop it. Are you going to stop it, sir?” Ombongo-Golden asked when the judge suddenly got up from his seat and walked out. He never came back for the session about litigation practices. Building security was called (not the NYPD), after another protestor, who did not wish to give his name, began shouting slogans like “Eviction or violence, we will not be silent.”

When security arrived, they watched the peaceful protest instead of forcing an end to the disruption, possibly fearing litigation for intruding on First Amendment rights. The irony was not lost on the audience.

“We wanted to understand more about what has been the developments of the litigation and the contracts affecting the state. If there were any changes to the laws of litigation under contracts where people can arbitrate and have some protection against the law on some of their contracts between domestic and foreign shareholders,” said Aldo Rabih, a forensic accountant and CFO of Fireball Network. “We didn’t get a chance to hear about it.”

“Of course, this was inappropriate. This is not the forum. I think he did the right thing. It’s not right for a judge to give an opinion, especially in a public forum, and then hold him up to an opinion,” Rabih, of Sheepshead Bay, Brooklyn, said. “This is a private firm. A private meeting that was by invitation only. The meeting was hijacked. Somehow, they [the protestors] were let in. This was not the forum for voicing your opinion outside of contracts and litigation. This was more about housing and the rights of a minority group and nothing to do with the contracts. A better way to handle this would be to issue a letter or a statement and ask for a meeting. The protestors weren’t looking for an answer, they were just looking for an opinion.”

“He responded in an honorable and dignified manner to those protestors who interrupted the session from the beginning,” Rabih concluded.

No word yet as to whether or not the session will be rescheduled. 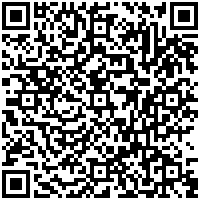