This Shabbat marks the Yarzeit of my beloved grandmother, Mrs. Irene Klass.

It’s natural for grandchildren to think that their grandparents are the best and the most wonderful people in the world. However, in my case it isn’t just my opinion or feelings, it’s a fact known to all the people whose lives my Grandmother touched.


My grandmother had a wisdom that was hard to find. She was able to look outside the box and make decisions based on what she felt was right or wrong and not because everyone was doing one thing or the other.

Today the term emotional intelligence is quite common. The understanding of children’s emotional and psychological needs is developed today more than ever before. There are books and classes, and group meetings about this subject.

However back when my mother was in elementary school, children were looked at very differently. And yet my grandmother switched my mother’s school a number of times because she felt that my mother wasn’t treated in the proper manner, or that the education was lacking.

Knowledge meant so much to my grandmother. She was smart and intelligent and always sought to further her knowledge and understanding in life. She was also very proud of being Jewish. And wherever she went she made sure to talk about Judaism and its beauty.

It says in the Torah that father Avraham reached out to the men and taught them about G-d and brought them closer to Hashem. It’s also written that mother Sara did the same outreach with the women. Well that was certainly Mrs. Irene Klass. She always looked her best and made sure a copy of the Jewish Press was always under her arm. She would say “you never know who you will meet.” She believed in giving people chances in life to be great and to bring out their potential to its maximum.

There was one summer, years before Rabbi Carlebach was recognized for his greatness, that she met him in the lobby of the hotel that she was staying at. Rabbi Shlomo was playing his guitar to a few young people in the lobby and singing some of his beautiful melodies, which we all know and sing today. My bubby, among her many talents, also loved to sing (and she had a beautiful voice). So when she heard the beautiful music coming from Rabbi Shlomo’s direction, she immediately went to see who it was that was singing such moving songs and touching the hearts of all that were sitting around.

Rabbi Shlomo introduced himself and said that he would really love to sing in the hotel’s show in front of all the guests, however the hotel manager didn’t think that it was appropriate. Not many knew of Shlomo Carlebach yet and his unique way of outreach to all, was new, and not understood by many.

My grandmother was very well known and respected by all. Her position as the wife of the owner of the Jewish Press and her good name went before her like a red carpet. She went right over to the manager and told him that if Shlomo Carlebach would not be permitted to get up in front of the hotel guests and sing and reach out to the people at the hotel, then she was leaving the hotel.

Within no time Rabbi Shlomo was invited to perform, and he put on a performance no one could forget. That opened the door for Rabbi Carlebach and I believe it was all thanks to my grandmother doing what she believed was the right thing, even if she stood alone in her opinion.

Most of the years that I remember my grandmother, I lived in Israel. However we would spend summers together and they were unforgettable. Aside from all the spirituality and emotional greatness and holy wisdom that she possessed, my bubby was great at sports and danced till she was well into her 80’s. We would go to folk dancing together and she would boast that I (her granddaughter) from Israel knew all the steps by heart. And then she would take my hand and we would dance in the middle of the circle like two Broadway dancers.

Even in later years when my grandmother was ill and couldn’t speak any more, I would sing songs to her from wherever I was and knew that she was listening and seemingly harmonizing with me like she did when she was well and able.

My grandmother was so special because she dared to be different, dared to think independently and dared to make decisions and choices that she knew were the right thing to do as a Jew. She was never afraid to stand out.

My bubby was a true believer and dreamed until her dreams came true. She tried to treat all her grandchildren equally and yet give each one the feeling that they were the one and only, her most favorite person in the world.

I miss her a lot. Today as a grandmother myself, I wish she was around so I could learn from her how to be such a wonderful person and grandmother. May she rest in peace and may she pray for the wellbeing of all, especially her family and loved ones, that we should all be good to one another and live in peace and harmony and honesty. May her merit stand strong and help guide us as a family in the right direction. I love you bubby. 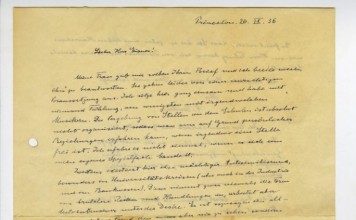 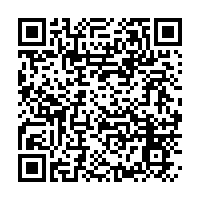