Something weird happens in human history. As societies become more advanced and civilized, women become more marginalized – mostly because they are not seen as necessary for survival. Let me explain. During periods of privation, female work and productivity are valued, even demanded. But as civilizations become wealthier, and even many male members of a society can earn a living producing nothing particularly essential for daily life, women became superfluous to a family’s finances. This is the story of the Modern Era. During this period, a new entity emerged: the middle class. And this class thought that having women in commercial and public spheres was offensive, ridiculous and vulgar. Thus it is fair to say that female power diminished as the world became more advanced. This is not to suggest life for women was rosebuds and cherries during earlier periods. The opposite is true! But women were certainly more involved in commerce, which, of course, lead to political influence. Now, it would take actual movements, revolutions of sorts, to give women a piece of the political pie.

Jewish life reflected these norms. Victorian era notions of femininity meant women were relegated to house and home. While during the Middle Ages, most Jewish women were actively involved in commerce, during the modern era, more and more women were full-time homemakers. This did not stop them from injecting their voices into the story, however, now their tones became more modulated, taking on a very ladylike whisper.

One avenue that was particularly hospitable to female intervention was humanitarianism. While the genteel working woman was nearly unheard of, the genteel charity woman was a social staple. And through this benign occupation that had the world’s collective nod, many women succeeded in changing the local and national tale, sometimes even finding themselves behind the lectern, metaphorical or actual, influencing the larger conversation.

Jewish women made their mark in education, welfare for the poor, and care for orphans, sometimes even manipulating public policy. Lina Morgenstern (1830-1909) is one such example. Born to a middle-class Russian family, Lina was a natural activist. At 18, she started her first organization, a “Penny Society for Poor Children,” which provided needy children with school supplies. Something of an idealist, she fell for the poor and equally naïve Theodor Morgenstern. Her parents opposed the match, but after continued pressure from the couple, relented. (The two then moved to Berlin where their business promptly caved after they good-naturedly allowed others to mooch off of them).

The outbreak of the Austro-Prussian War ushered in food shortages and inflation, Lina started a chain of soup kitchens, soliciting support from nobility, rounding up the press to showcase the enterprise, and petitioning other women to open more branches. (Interestingly, one of her authored books describes these soup kitchens and includes some recipes, a work which avoided Hitler’s book burning in 1933). During the Franco-Prussian war a few years later, Lina opened centers for soldiers passing through Berlin, providing them with food and pharmaceutical needs, as well as hiring doctors to care for them. Kaiser Wilhelm and Empress Augusta visited her headquarters, and the latter became a committed supporter of Lina’s enterprises, providing financing and garnering support from other wealthy aristocrats. Lina earned a number of medals for her work, yet, as we have often noted, women who held court favor often invited vicious anti-Semitism.

Denounced and mischaracterized by her haters, some of her organizations were boycotted and collapsed. Lina sued her opponents for libel, a lengthy process that exacted a steep toll. Her health weakened and she somewhat retreated from public activism. However, she continued to participate in social welfare efforts, meeting with other activists dedicated to a slew of causes. Her overarching goal was always an idyllic world of peace, humanly love and brotherhood, a vision she believed would ultimately come to fruition through the efforts of fellow women.

Judith Montefiore (1784-1862) is another illustration of an impactful woman who used her position as a society woman to elicit positive change. Born to a wealthy, religious family in Britain, she and her famed husband, Moses Montefiore, were deeply committed to the Jewish community. The two were active participants in England’s social scene, enjoying operas, state balls and charity events. Despite her urbane lifestyle, Judith braved rat-infested ships, deserts, mountains and highwaymen, to make numerous trips to the Middle East and visit the Jewish homeland. She and her husband funded Jewish settlements outside of Jerusalem.

An active philanthropist, Judith was devoted to causes like the Jewish Orphan Asylum, a loan society and girls’ education. Straddling both the Christian and Jewish worlds, she succeeded in using her position to bolster the Jewish community. When a blood libel threatened the Jews of Damascus, Judith traveled with her husband to Egypt to intervene with the Pasha. In a public speech following their success, Moses Montefiore acknowledged: “to Lady Montefiore I owe a debt of gratitude; her counsels and zeal for our religion and love of her brethren were at all times conspicuous. They animated me under difficulties and consoled me under disappointments.” A few years later she traveled with her husband to Russia to protest the expulsion of Jewish communities from certain regions.

Judith’s sister, Hannah, married to Nathan Rothschild, was similarly proactive on behalf of the Jewish people. Whenever an opportunity arose to improve political and social conditions for the community, at home or abroad, the sisters would work vigorously for a favorable outcome. In one instance, Hannah threatened her husband that if he would not petition the Lord Chancellor, she would go instead, prompting her brother-in-law Moses to record in his diary: “the spirit manifested here by Mrs. Rothschild, and the brief but impressive language that she used, reminded me most strikingly of her sister, Mrs. Montefiore.”

For women who held little sway in communal or political spheres, the pen became a mighty weapon. Britain’s Grace Aguilar, a 19th century authoress and a descendant of Sephardic crypto-Jews, accomplished a great deal in her 31 years. A prolific and passionate writer, her many works ennobled Jewish identity in a world where assimilation was a chronic threat. Hailed by one newspaper as “the moral governess of the Hebrew family,” Aguilar’s writings traversed the Atlantic, influencing Jewish life in Northern and Central America. Interestingly, her religious writings were even used by Protestant Sunday schools, and the New York Public Library boasts an Aguilar branch. Yet her legacy is her work to preserve Jewry from modernity, and empower Jewish women to become active rather than passive figures in their own education. In her words, “[women] must know what they believe and why, or they will be lost in the fearful vortex of contending opinions.”

Emma Lazarus, an American Jewess, similarly championed Jewish identity and rights through her writing and activities. A talented poet, she maintained a long-term correspondence with Ralph Waldo Emerson. Despite her wealthy upbringing and cultured existence, Emma was deeply moved by the influx of Russian Jewry escaping pogroms in the 1880s and advanced their cause. Although many American Jews tried to distance themselves from these “backward” Jewish immigrants, Emma boldly proclaimed, “until we are all free, we are none of us free.” Defending them in essays and advocating for their liberties, Emma organized relief efforts to help newcomers, and sought out literary friends to influence the Jewish plight. She combated anti-Semitic writings with her own vociferous ones, and her final contribution was perhaps her most influential – a poem titled “The New Colossus.” Auctioned to pay for the pedestal that supports the Statue of Liberty, the poem was cast in bronze and hung in the inner wall of the pedestal, boasting its ultimate creed:

Give me your tired, you poor,
Your huddled masses yearning to breathe free,
The wretched refuse of your teeming shore.
Send these the homeless, the tempest-tossed to me
I lift my lamp beside the golden door.

There were a number of American Jewesses-turned-activist who championed for Jewish rights and broader social change. Ernestine Rose was a forceful abolitionist, traveling the country to push the cause, despite resistance from conservative society that rejected female public appearances. Rebecca Gratz participated in a number of causes battling poverty, opening one of the first public soup kitchens. Others became suffragettes, organizing boycotts and protests, and some put their energies to improving education for girls.

The story of 19th century powerful Jewesses truly embodies this series: power and politics feminized. Using all the feminine means at their disposal – charity organizations and the written word – women fought for a new world order. Denied admission to the foyers of power, women found backdoor access, enacting the changes they sought with unflagging persistence. 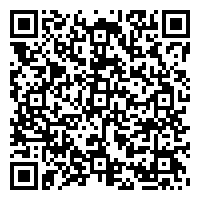