The twenty-eighth of Teves is the yahrzeit of Rebbitzen Chana Weinberg (1927-2012). Born in Lithuania, where her father, Rav Yaakov Yitzchok Ruderman, was studying in kollel, they moved to the United States in 1930. First to New Haven, where her grandfather was mashgiach in a yeshiva, and then to Cleveland where he founded a yeshiva. In 1933 the Rudermans moved to Baltimore where her father had been offered a rabbinical position which he accepted on condition that he also open a yeshiva.

There was no Torah education for girls in Baltimore in those days. Her bais yaakov was her home, and she also became a leader of girls, getting involved with bnos groups on Shabbos. On Sundays, she would join a group of girls to listen to Rav Shimon Schwab lecture on Jewish history. They would also collect used clothing and send it to needy people in Eretz Yisrael. She saw her parents’ self-sacrifice to build a yeshiva all day, every day. When Rav Aharon Kotler came to the United States, he stayed by the Rudermans (Rebbitzen Ruderman and Rebbitzen Kotler were first cousins) for a few months. Every day when the mailman would come, Rav Aharon would greet him, “Vos macht a yid?” When Rebbitzen Ruderman asked him why he was doing so, he explained that even though the mailman was non-observant, he was still a human being and a pintele yid and we need to be friendly.

She married Rav Yaakov Weinberg when she was eighteen, and they would go on to have six children. As survivors joined the yeshiva after the war, she and her husband helped more than thirty couples start a new life. She and her husband would travel every week to southern Maryland for many years, where she and her husband taught Torah and Hebrew reading. For more than twenty years she taught Hebrew school at Liberty Jewish Center and, after her children grew up, she achieved a certificate in geriatrics and worked as a Director of Volunteers in a Jewish nursing home. She was a founder of Baltimore’s Bikur Cholim as well as became an international speaker on issues of domestic violence and founded many shelters.

She used to tell a story about the challenges of being involved in Klal work. “When we came to America, I was four years old, and we lived in Cleveland with my grandparents. There was a kitten that used to come around, and I gave it milk every day. One day it scratched me. I still remember the feeling of betrayal. My grandfather took me on his lap and told me that, in life, there would be people whom I would try to help and that they would hurt me. But, he said, “I would have to make up my mind that I would continue to help them.”

She wasn’t afraid to speak up forcefully when she felt a need. This is illustrated in another story she told, “One time, I received a fax in Baltimore about a certain very difficult case in New York. That week I happened to go to a convention with Rabbi Weinberg and met the rosh yeshiva who knew this couple. I decided I had better speak to him, and so I did. I said, ‘Rabbi ____, apparently you heard of this case?’ He said, ‘Yes, yes, I heard but I wasn’t listening.’ So, I took the bull by the horns, as the saying goes, and said, ‘Yes, Rabbi, but I think now you have to listen.’ He opened his eyes wide – here I am talking to him like that – and I said, ‘If you would just let me speak to you for a few minutes…’ which he did. After I spoke to him, he was very kind. He said to me ‘Rebbetzin Weinberg, I not only am listening, I’m hearing,’ and 10 days later, this woman had a get – a Jewish divorce.”

She felt that there were certain issues that were leading many children to leave Yiddishkeit. First off, children were being too pressured to achieve in their limudei kodesh. Secondly, too much homework was being given and children were not given enough time to socialize with friends and family. Furthermore, taking children to shul when they are too young to appreciate what davening is, is counterproductive. She mentioned too much pressure in the home on Friday afternoons, gives children the wrong message about what Shabbos means. In general, mitzvos need to be done with more joy and not just as a duty.

The first of Shevat is the yahrzeit of Rav Moshe Yechiel Halevi Epstein, the Ozharover Rebbe (1889-1971). Born in Poland, his father introduced him to intense Torah study at the age of three and his father and grandfather were his primary teachers. He married at age seventeen, and his wife died twelve years later of typhoid fever. He later remarried. At the age of twenty-two he was appointed Rabbi of Ozharov and was required by the government to learn how to speak Polish in order to take the position. In 1920 he traveled to the United States under the auspices of Agudath Israel in order to raise money for Jews who had been displaced by WWI. In his absence, his brother began to conduct himself as Rebbe. When Rav Moshe Yechiel returned, he saw that the chassidim liked his brother, so he moved to another town rather than create dissension. Many people would turn to him for advice, and he was a sought-after public speaker.

His grandfather began putting pressure on him to move to the United States, saying that he had a dream that one of his descendants would live there. Rav Moshe Yechiel was reluctant to move, but after being the victim of an anti-semitic attack, he accepted the invitation of the Ozharov chassidim in New York to lead their congregation. In 1926 he arrived and lived initially in the Lower East Side and then in the Bronx. When the Bluzhiver Rebbe arrived in the United States after the Holocaust with no belongings, he was approached by Rav Moshe Yechiel on the following day. “I didn’t go through the gehinom of the Holocaust, as you did. Therefore, I am moving out of my home and leaving it, and my shtiebel, for you to use as you need.”

In 1952 he moved to Bnei Brak in order to be near the Chazon Ish. After the Chazon Ish passed a year later, he moved to Tel Aviv. In 1968 he was asked to replace the recently deceased Rav Zalman Sorotzkin on the Moetzes Gedolei HaTorah. He authored Esh Dos, an eleven volume work of Chassidic thought on many Torah topics, as well as the twelve volume B’er Moshe on Chumash and Neviim. He was awarded the Rav Kook prize, as well as the Israel prize for his works. He was known as a very positive and loving person. He felt that it was a mistake to push away those who were not Torah-observant and that we should ask Hashem for insight into how to bring them closer. To those who opposed moving to Palestine in the pre-war years because of the influence of the non-observant, he responded that they sound like the meraglim (spies) who refused to go to Israel because they feared the inhabitants. 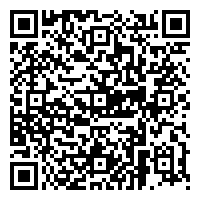