“We had fire in our eyes when we started out,” Ayelet HaShahar HaKohen recalls. “We were going to conquer the world, to bring the redemption. I remember Akiva saying to me, ‘Every Jew has to rectify the world under the Almighty’s kingship.’”

Akiva and Ayelet HaShahar HaKohen have lived in Yitzhar, in the hills of Samaria, since 2003 – with interruptions. Today they run a flour mill, a vineyard, and a horticultural operation and live in a five-room houseAll this is the fruit of a long struggle.


Akiva HaKohen could be termed a graduate of the “hilltop youth” movement. In 2000, he was a 15-year-old yeshiva student, but the terrorist attacks of that year made it difficult for him to stay in yeshiva. Early in 2001, he dropped out and came to Yitzhar, where he lived with several other boys on Tekuma, one of a number of hills on which Yitzhar is built, working in construction by day and guarding by night.

Soon after coming to Yitzhar, the HaKohens volunteered to live on a hill inhabited only by a group of boys that needed a young couple or family to join them. Their home was a metal container – 39 x 8 feet. It was there that Ayelet witnessed her first evacuation.

“I was alone with [my son] Elyakim, who was just a month old,” Ayelet remembers. “I looked out and saw what looked like a river of black – army and police in black uniforms.” They destroyed the boys’ house with hammers and wanted to bring in a truck to take the container away, but the settlers blocked the road and in the end they just moved it a few meters.

A few months later, the HaKohens became the first family to live on Shalhevetya, another hilltop within the borders of Yitzhar. This time they had a karavan (a trailer with its wheels removed), which came with no windows or door. They began growing a little wheat. During this time, Akiva attended a demonstration protesting an evacuation in Hevron and was arrested for stone-throwing (a charge of which he was acquitted after many years).

As a result, the family had to leave Yitzhar. They spent time in Kfar Gidon, a village near Afula, where again they began to grow wheat. When they returned to Shalhevetya, another family had moved into the karavan. They built another house, made from two containers. They continued to grow wheat and purchased a small flour mill.

In fighting the stone-throwing charge, Akiva was assisted by Honenu, a Zionist legal-aid organization. “I don’t know how we would have managed without them,” Ayelet remembers. “They have helped us many times. They help a lot of people who get in trouble just for wanting to build the land.”

The stone-throwing charge was only the first of the HaKohens’ legal difficulties. For his activity in gathering settlers to resist evacuations, Akiva was served five times with a tzav harkhaka, an administrative order to stay out of Judea and Samaria.

In the summer of 2010, after a nine-month stay in the town of Ariel, they returned to Shalhevetya. They had thought for many years about their dream house, and at last they were able to build it – with Jewish labor – “with faith and blessings and trust.” They also began constructing a building for a flour mill.

“We didn’t know anything about the business to start with,” Ayelet recalls. “It was like when we got married; we just did it.”

Then, in 2012, Akiva was arrested and put into prison. Akiva and some of his friends had set up a phone line for reporting the approach of security forces in the area, with the purpose of forewarning settlers when an evacuation appeared to be imminent. Akiva was charged with espionage, for which the prosecutor demanded five years in prison.

Again Honenu came to the rescue with legal assistance, and thanks to its help Akiva served only three months, followed by eight months of very strict house arrest. The family lost a lot of money and survived on parental help and donations. Their fifth child, Tsofiya Malkhut (literally, “expecting the Almighty’s kingship”), was named in the prison synagogue.

In 2013, the family returned to Shalhevetya and resumed work on the mill. Today the mill has state-of-the-art equipment for checking, grinding, sifting, and packaging flour according to the highest mehadrin standards. It has its own brand name, Etz HaSadeh (“tree of the field”), and its flour is also marketed under other labels.

The HaKohens no longer grow the wheat themselves; they buy it from growers in Israel and abroad. They have started a vineyard, and Ayelet works in horticulture with the youth of the community. Their latest crop is blueberries.

Their house was illegal when they first built it, but recently, without them doing anything, the HaKohens received a notice that it is now included within the “blue line” of the Yitzhar settlement. According to the family, “it was a miracle.”

Asked about Yitzhar’s reputation for “settler violence,” Ayelet had this to say: “First of all, our connection with the army is basically very good. The media is always looking for incidents which they blow up, even lying sometimes. We have jeeps patrolling all the time; we host the soldiers for Shabbat. But the administrative orders sometimes cause tension.

“Also, at the olive harvest, the army lets the Arabs come very close to the settlement, and often the Arabs attack us. The government could solve the problem by financially compensating the Arabs who claim they own the olive trees next to Yitzhar. But instead, they spend a lot more money on police and security.”

With regard to the “hilltop youth,” she says: “Yitzhar accepts everyone who wants to come here. Therefore, we have more young men than do other settlements. They’re idealistic kids, they want to serve the Almighty and build the land. On Kumi Ori [the most recently-settled hill in Yitzhar], they built a synagogue and a beit midrash, and the army destroyed them. Of course, that creates tension between us and the authorities.

“But Kumi Ori is just starting out. Tekuma, where Akiva started out, has 30 families now. Kumi Ori will be the same one day.” 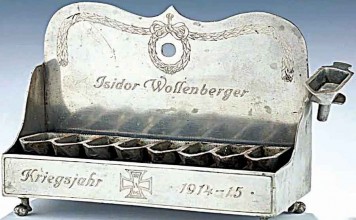