Tzvi Bloom, a seventh-grade student from South Florida, wanted to comfort his young cousin Sophie from Crown Heights, Brooklyn, after she was diagnosed with pediatric cancer. The result is Sophie’s Special Shabbos, a new children’s book.

Tzvi told The Jewish Press he wanted to impart the following message to kids like his cousin: “Even though you are in the hospital or doing necessary muktza actions on Shabbos, you are doing what Hashem wants.”


The idea to write the book came from Tzvi’s mother, Rivkah Bloom. “He has a gift of expressing himself so beautifully in his writing, so I thought he could use his writing to help Sophie and others.”

At the project’s inception, Rivkah took Tzvi to meet Ellen Weiss, head of Chai Lifeline SouthEast. “She told us that she really thought a book about a child’s experience in the hospital on Shabbos would help,” said Tzvi. “She said children who spend Shabbos in the hospital feel isolated and different.”

Guided by his parents and other family members, Tzvi spent seven months polishing the text. “His writing was so simple and yet so powerful,” Rivkah said. “It sent such a strong message to health-compromised children that they are loved and necessary and doing exactly what Hashem wants them to do. From the feedback of those who read the words, I knew it would help many, many children.”

It certainly helped Sophie. “I can tell you that she loves the book,” Rivkah said. “She reads it over and over. When Tzvi gave it to her, she looked up when it was finished and said exuberantly, ‘I love this book! Read it again!’”

Tzvi hopes Sophie’s Special Shabbos will help, not only ill frum children, but also “healthy kids [who may not] understand what sick children go through and how they feel.” He wants them to realize that ill children are “kids just like them – they like all the same things that healthy kids like such as pizza, friends, art, Shabbos parties, and sports.”

Tzvi’s aunt Rochel Spangenthal announced the book’s publication on Facebook on January 30. A week later, all 550 printed copies had been sold. “We are in the middle of our next printing and are in the middle of translating the book into Hebrew,” Rivkah said. “From that one post, we received requests to send batches of books to Australia, Italy, Israel, Russia, Brazil and all around North America.”

The family is currently exploring options for publishing and distributing the book, including selling on Amazon.com and cooperating with existing non-profits like Chai Lifeline. They are also actively looking for a distributor in Israel.

A Remarkable, But Forgotten, Judeo-Arabic Translator 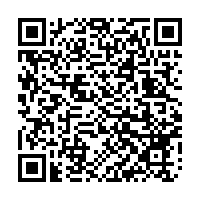