‘Tis the season of “venahafoch hu.” In the Purim story, we see the king’s turnabout from an enemy to a friend. Haman quickly goes from being the second most powerful man in the kingdom to hanging on the end of a rope. Mordechai, a pariah in sackcloth, becomes the new Persian viceroy. And the agony and fear of the Jewish community turns into joy and celebration.

Today, too, we have seen an acute “venahafoch hu”: the party of Humphrey, Moynihan, and Scoop Jackson has become the anti-Semitic home of Omar, Tlaib, and Ocasio-Cortez.


Congressional support of Israel has always been bipartisan, and when Rep. Ilhan Omar made yet another anti-Semitic and anti-Israel statement the other week, it looked like the Democratic party leadership was going to do the right thing. She had finally gone too far. Our Democratic “friends” in the House were poised to issue a harsh condemnation of Omar’s comments. Perhaps our “brother” Eliot Engel would even deprive her of a coveted seat on the House Foreign Affairs Committee. Surely Nancy Pelosi, who has spoken out often in Israel’s defense, would see to it that Omar would be roundly condemned.

Alas, it was not to be. More concerned with protecting the “Democrat brand” than with speaking out against hatred of Jews, they produced a generic criticism of hate speech that was so wishy-washy that Omar herself voted for it and claimed victory.

Next time it will be worse.

The Torah tells us that the reason the nation of Amalek is condemned is “asher karcha baderech.” “Karcha” means “chanced upon,” but our sages point out that it can also mean “cooled you down.” When a person jumps into a vat of boiling water, he gets burnt. But he cools the water down for the next jumper. So too, say our Sages, when we left Egypt, we were on top of the world. No one dared challenge the nation for whom G-d had split the Red Sea.

Except for Amalek. The Amalekites attacked Israel – and were defeated. But they “cooled down the water” for the next nation, showing the world that it’s okay to attack Israel.

In recent weeks and months, Amalek’s descendants – Representatives Omar, Tlalib and Ocasio-Cortez – have been pushing the envelope in their attacks on Israel. Yes, there has been some pushback; some criticism. But not enough. Next time, when they spout even more vicious venom against Jews and Israel, it will be old news that the world is already used to hearing.

So much for support from our Democrat friends.

Fortunately, we still have our friends in the Republican Party, right? After all, who is a bigger friend of Israel than President Trump? He finally kept the ritual presidential promise to move the embassy to Jerusalem. He is an outspoken advocate for Israeli security and critic of Palestinian terror. Now there’s someone we can rely upon!

The Talmud asks why Queen Esther invited Haman to her party. Once she had the king’s ear, why didn’t she just ask him to spare her nation? Why was Haman’s presence necessary?

One of the answers is that Esther didn’t want her Jewish brethren to shrug off their problems by stating, “We have a sister in the royal palace. She’ll take care of everything.” By inviting Haman, Esther gave them reason to fear that she had turned on them; that she was more interested in political expediency than standing up for Israel. Esther wanted her people to remember that “My help comes from G-d, the creator of heaven and earth.”

Esther wanted them to realize that there is only one reliable address to which we can turn. She wanted them to fast and to pour their hearts out to our Father in Heaven who is the one true protector of Israel.

Just as we now see that the Democrats can’t be relied upon, we shouldn’t delude ourselves into believing that since “we have a sister in the royal palace” – after all, Ivanka and Jared have the king’s ear – everything’s going to be fine and Trump will always do what’s best for Israel.

Of course, we are not permitted to rely upon miracles. Like Mordechai and Esther, we must utilize our political connections to the best of our ability and try our hardest to identify our supporters and adversaries. But our true salvation comes from turning to the King of Kings who will watch over us forever. 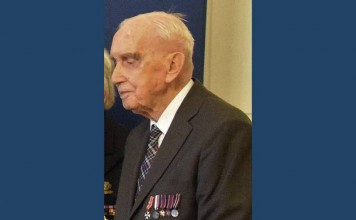 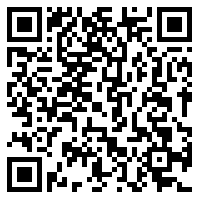