The Jewish Press caught up with Steven Saperstein, who is running for City Council of Southern Brooklyn’s District 48, on Wednesday night. “I’m on the move… It’s 8 p.m. and I’m out knocking on doors right now,” Saperstein said.

Saperstein, who is the only candidate in the race endorsed by New York City police, was accompanied by his longtime friend Martin Cohen, who introduced himself by explaining how similar circumstances in both of their lives were a strong bond. Saperstein’s parents and brother are deaf, and when Cohen was nine years old, his father battled a terrible illness that left him deaf. Cohen explained, “He has to be their ears, just like I had to be my dad’s ears.”

Saperstein’s received a J.D. degree from Syracuse University College of Law while working at a disability rights clinic where he helped families receive needed services from the city. This is an issue he will continue to advocate for as councilman.

“There are so many families that aren’t getting the services they are required to have by law, and our children are suffering,” he explained.

After graduating from law school, Saperstein earned a master’s degree in Deaf & Hard of Hearing Education from Hunter College and a master’s in School Leadership from Touro College. For the past 10 years, he has taught deaf and hard of hearing students at public, private and charter schools.

One of the issues Saperstein is passionate about is for all Jewish children to have access to a Jewish education. He also wants programs to be implemented in schools to combat the alarming surge in anti-Semitism.

“It starts with education. I’m a teacher. It’s all about our kids. It’s about teaching them history. We don’t understand history, the Holocaust…It’s speaking to the next chancellor, working with public schools and private schools and yeshivas and also having the funding there… having guest speakers, like Holocaust survivors, come to the classroom is very important.”

Rabbi Reuven Feinstein recognized the need to have a strong voice in the City Council representing our people, and for that reason, he invited Saperstein to his personal study at his yeshiva and gave him the following blessing, “Bracha, success, and hatzlacha.”

On October 7, Pat Lynch, President of the Police Benevolent Association (NYCPBA), declared his support for Saperstein. “Today we’re here as New York City police officers and members of the New York City PBA to strongly endorse Steve Saperstein. He is the only candidate in this race, in this district, that’s endorsed by New York City Police officers…We’re at a time in this city where our economy is fragile… because of an epidemic of crime, not just Covid.”

Raising funding to ensure the safety and security of the community is of paramount importance to Saperstein. “People need to feel safe riding the subway. You have to be supported and secure. The police know that I’m going to work with our elected officials, the next city council speaker, as well as our new [prospective] mayor, Eric Adams, who I have a strong working relationship with, and will deliver more to the community to ensure they have safe streets and feel safe and protected.”

Saperstein continued, “We need to increase our police officers. We need to make sure that we are prosecuting and increasing penalties for hate crimes.”

Saperstein also plans to fight against “disastrous” bail reform laws. “What’s happening is, police are arresting criminals, then they’re being re-released onto the streets. It’s about putting pressure on those progressive politicians to have them walk back this law….On the city level, we can make sure that we hire more police and that police are allowed to do their jobs. This ‘defund the police’ movement really demoralized the men and women on the job,” Saperstein explained.

Another crucial issue Saperstein will address is making sure there is adequate funding for outreach to seniors, especially during a crisis, so they are not isolated or left without food.

“They say the role of a council member is to make the day to day lives of families in your district better, and that’s what I’m going to do,” Saperstein stated.

The general election between Steven Saperstein and Republican Inna Vernikov will take place Tuesday, November 2. See www.voting.nyc/how-to-vote/ways-to-vote/vote-by-mail/ for how you can vote by mail before Nov. 2. 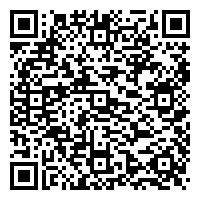