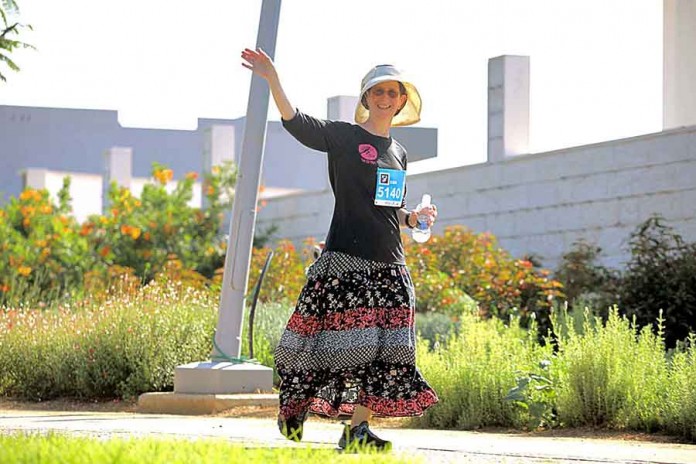 If you’ve heard the name Rebbetzin Mechi (Friederwitzer) Fendel, and recognized it, it’s probably because she’s the wife of Rav David Fendel, rosh yeshiva of Afikei Daat, one of the largest yeshivot hesder (as well as a yeshiva gevoha) in Israel. Mechi and her husband started the Garin Torani in Sderot in the 1990s, building it and the yeshiva. At just about the same time, Mechi was given an equally big challenge; she was diagnosed with multiple sclerosis.

MS is a chronic auto-immune disease that attacks the nervous system. It took her two years to request and accept the diagnosis she had been dreading, but Mechi made two fateful decisions; she was going to fight it with every ounce of her being and she was going to keep this fight a secret.


Mechi (now 55) and her husband had made aliyah from New York. She was a mother of five kids when she was diagnosed and advised not to have any more children. Today the Rebbetzin has seven kids, 20 grandchildren, ken yirbu, and five children-in-law that she considers like her own children.

Mechi built the yeshiva with her husband, supporting them with her work as a programmer. Before deciding that Israel was where she wanted to live, she had wanted to become a doctor. After deciding that supporting a Torah learning husband in Israel was a loftier goal, she chose a more practical hi-tech profession. It was by hashgacha pratit that at around the time of her diagnosis, Teva Pharmaceuticals invented Copaxone, the wonder drug, the first to be invented in Israel that treated the symptoms of MS, and made it possible for Mechi to keep her illness a secret. She didn’t want to become the object of pity and attention because of her illness and so, once she got over the initial shock, she took her medication and other measures to restore her health. Her children knew she was taking something but not why. Her mother and a few confidantes were all who knew of her condition for many years. It was only four years ago, when she got up to speak at a forum for heroic stories, that Mechi was willing to share her medical challenge.

Aside from not wanting to become the object of support instead of the yeshiva, she was afraid of how people would react if they knew – people are scared when they’re not educated. And except for when he had to look after the children, Mechi never asked her husband to come with her for appointments or treatments, so as not to distract him from his learning, and building the yeshiva.

Mechi was determined to work as hard as she could to get well. “As much as doctors are shlichim, we have to do it ourselves. Knowledge is power, knowledge is strength,” she says. “Doctors don’t tell you everything, they don’t know everything.” With MS, paths between the “electric circuits” in the brain are broken or blocked, so that new paths must be forged. This is done by continuing to use the limb that is weak or numb. This is why MS is known for its fatigue, because the new paths are longer and demand more “brain energy.”

The hard work paid off. Mechi’s condition improved enough to enable her to have two more children. Pregnancy actually helps alleviate MS symptoms but later postpartum is difficult. She’s currently helping test a new drug that’s being researched, whose advantage is that it’s slow-release and will allow patients to take fewer injections.

But having vanquished the dragon, or at least tamed it, and now that the yeshiva is thriving, baruch Hashem, Mechi wants to turn her erstwhile secret into a message. She wants to help other people with MS realize that, like her, there’s nothing that they can’t do, but they have to be proactive. They have to learn about their condition, exercise, explore alternative therapies and be happy. And of course pray. When Mechi could barely feel one of her feet, she concentrated a lot on the blessing “hameichin mitzadei gaver,” as she put one foot in front of the other. “Just taking the medicine isn’t going to do it,” she says.

It wasn’t easy at the beginning. “I nearly burned my daughter once in the bathtub, because my fingers couldn’t sense the water temperature,” Mechi recalls. “I also had to give up sewing and learned to sign checks with my left hand until I started taking the medicine.” Mechi knows the trials people undergo. And that’s why she wants to give chizuk and support to whomever she can.

So far, she’s helped about twenty women; one of them even had another baby thanks to her support. But as always, Mechi wants to do more. So please contact her at the email and phone numbers below. She will support you. She will advise you. But mostly, she will inspire you. 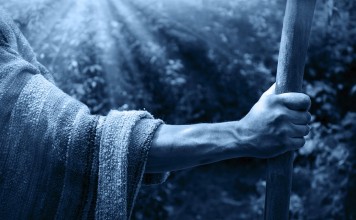 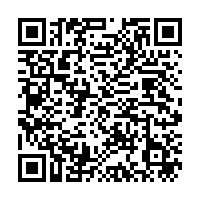