: Last installment discussed Moses Mendelssohn, questioning whether he was all that relevant to the modernization and secularization of a significant portion of European Jewry. While he was a noteworthy thinker and writer, it is likely that historians have bloated his influence. However, even if his ideology was not particularly impactful, his persona was. The image of a hated Jew entering the hallowed halls of higher education, hobnobbing with academics and philosophers, was, what we called, a seductive idea.

A Veneer of Toleration

While the Jew, as we discussed, was a reviled and marginalized personality for nearly a thousand years of European history, subject to the whims and caprices of the regional power or the local mob, suddenly, with the late 18th century, a new reality dawns.

Edicts of Toleration sweep through Western and Central Europe in the 18th century, slowly removing restrictions that had long isolated the Jew. (Please note that while I speak of “the Jew” or “the Jewish community,” I am only referring to the secularizing segments of this population. As previously discussed, large swaths of committed Jewry remained fiercely religious in the face of these novel challenges, a startling phenomenon when considering how powerful the forces of assimilation and conversion were.)

Suddenly he gains entry to university, professions long closed to him are open, the ghetto walls begin to tremble, Jew taxes are removed, and economic and political stability are extended to him.

It is a new world for the old Jew.

Enlightenment thinking transformed European thinking. A society built upon fanatical and superstitious beliefs was introduced to a rational-based approach to conceptualizing the world. While the scientific method may have enhanced the way academics thought about the natural world in the 17th century, it enhanced the way they thought about the human world in the 18th. Applying newfound values of careful study and reason to social questions, concepts like individualism and human value began to emerge.

Simultaneously, respect for G-d, tradition, and religion began its decline.

It hardly needs saying how heady, how intoxicating, how altering, this reality was for the Jew who had been discriminated against on every level of society for nearly a millennium. It hardly needs saying that if any of us were shocked with such dramatic change, the ability to maintain our equilibrium in a dramatically shifting world would be, at best, highly compromised.

And yet, enlightenment was not truly enlightened. It still harbored a keen resentment for the Jew, a deep intolerance.

Even those who penned and enacted the freeing legislation made their sentiments clear. Emperor Joseph II of Austria’s Edict of Toleration (1782) was lauded and admired, and still, he stated, “the only reason for the expulsion of the Jews is that they are not Christians; to me they are human beings, consumers, and taxpayers, and consequently useful, if properly kept in check.” This utilitarian motive for emancipation of the Jews is not uncommon in the sentiments of the era. (Note: the word emancipation was not actually used in reference to the Jews.)

On a more insidious level, Napoleon similarly sought to free and integrate the Jewish population, envisioning a vast, united empire which required the assimilation of European Jewry, in what Rabbi Berel Wein calls “a benign final solution.” The Emperor stated, “It takes weakness to chase the Jews out of the country; it takes strength to assimilate them.” (Ironically, in his effort to integrate the Jew, Napoleon assembled the mock Sanhedrin, which birthed the trope of the Jew and his secret societies that seek to control the world.)

Joseph II and Napoleon characterize the most benevolent version of toleration. On that spectrum of enlightened thinkers, toleration came laced with malicious hatred, the same hatred filling the engines of old-fashioned leaders, Martin Luther, Ferdinand and Isabella… only now it was cloaked in something new.

How to tolerate the Jew when he was intolerable?

Thus Enlightenment did not truly include the Jew. It kept him tantalizingly close, yet oh so far. With each piece of emancipating legislation came reactionary commentary, warning society of the Jew, isolating the Jew, and reminding him of his unworthiness.

Perhaps Voltaire’s famous treatise, titled “Jews,” does the best job of characterizing this trend of reluctant, ulterior-motivated toleration, a toleration that came with an instinctual revulsion.

“In short, we find in them only an ignorant and barbarous people, who have long united the most sordid avarice with the most detestable superstition and the most invincible hatred for every people by whom they are tolerated and enriched. Still, we ought not to burn them.”

And yet, this ambiguous dance, of one step closer, one step further, seemed to goad some members of the Jewish community, bait and attract them rather than push them away and alienate them.

Suddenly the Jew is frothing to prove his worth, to demonstrate his gentlemanly capabilities, his gentile finesse, his patriotism to the crown, his French-ness. His German-ness.

Ironically, Voltaire’s very effort to differentiate the Jew only helped to further assimilate him.

In what can only be called the blueprint for a unique phenomenon – the apologetic Jew – Isaac de Pinto, a Jewish philosopher and economist, wrote a letter of response to Voltaire in an effort to exonerate the Jews from the great philosopher’s vicious pen. However, instead of defending the Jewish people as a whole, he attempts to illustrate how Sephardic Jewry, (among whom De Pinto counted himself), are nothing like that other “barbarous lot,” (Ashkenazic Jewry).

“M. Voltaire cannot be ignorant of the scrupulous exactness of the Portuguese and Spanish Jews not to intermix in marriage, alliance, or any other way, with the Jews of the other nations… by this wise policy they have preserved purer morals, and have acquired a certain importance, which helps even Christians to distinguish them from the other Jews. They do not, then, deserve those epithets which M. Voltaire lavishes on them” (1762).

Thus begins a new period in Jewish history, a period of apology, of groveling, of begging for acceptance, sentiments rarely expressed among previous Jewry, who withstood all manner of scorn and abuse, far greater than the stale, commonplace views expressed by Voltaire.

By letting the Jew in, but still leaving him out, the gentile world initiated a teasing game, one which breathed “come hither,” but then blared, “keep back.”

Despite the taunt, by the late 19th century, Western and Central European Jewry were to be found in all layers of society. Even parliament felt a Jewish tread. (Lionel de Rothschild was permitted to enter the British House of Commons after a new bill permitting the traditional oath to Christianity was replaced for a more general oath to G-d.)

In the writings of many Jewish political commentators was this belief that nothing would ever reverse, these freedoms would be permanent, no anti-Jewish legislation could ever emerge after such sweeping reform. Emancipation and toleration had transformed the world. It is truly difficult, perhaps impossible, to imagine how dizzying, how thrilling, it must have been for the Jews of this period.

The potent combination of an opening world coupled by a disdainful sneer, a belief that the Jew, while perhaps deserving of rights, had no rightful place in that hard-to-define sphere, that place where blood, culture, tradition and heritage all hold hands, incited the Jew, provoked him to new levels of acculturation than he might not have pursued had the world simply flung open the door and said, “come.” 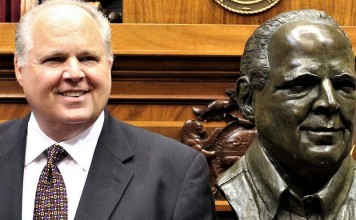 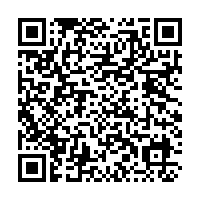