The Day of Judgment is upon us and we are all standing in front of Hashem as our good deeds, and not such good ones, are opened before G-d.

Hashem will read each and every one of our books and decide what should be the verdict for the coming year.


When we think of a courtroom situation, we get filled with tension and dread as to what will be decided. Many times, the matters addressed in the courtroom, are of monetary substance, and at times, a speeding ticket or some other matter that seems trivial.

And there are other times where the case on the scale of justice in that courtroom is very serious and requires a long imprisonment sentence, as a result of the terrible deeds that were committed.

We usually see our side of the argument; and how we are on the right side. True justice can only be done with the accurate laws of the Torah. Today we have all sorts of judicial systems that claim that they run a fair trial for all. However, if the trials are not Torah-oriented, with G-d-fearing Jews at the head, it’s more than likely that justice will not be achieved.

Unfortunately today we are living in times that every second person is a judge and the level of clear and straight thinking is far from being truly a fair trial.

Today there is a terrible element that clouds the decision making from the very beginning, and that is the terrible eyes of the media.

No matter what truly happened in any given situation, the media is there to chop up whatever “meat” is offered in the town square and hang that victim up by a noose for life.

We have all made our share of mistakes in life, some worse than others. However, who are we to decide or really know what’s worse than something else?

There is a basic scale of what’s worse in a normal functioning society. Such as not killing, stealing or hurting someone physically. But what about the fine line we draw between what is absolutely wrong to the gray areas in life, which make up a large part of the arguments today.

What about people who got caught up with bad people, and were held responsible for their actions, even if they weren’t the ones who committed the crime?

With what wisdom and with what eyes do we see the mistakes of others in the world? How forgiving is the world we live in and with what laws and punishments do we decree upon others?

The Lubavicher Rebbi once told a rabbi who was head of a certain community, that many fights and arguments will come before him to judge, and he will have to make peace and the right decision for both sides.

The Rebbi than continued to tell this head of the community that each side will usually be convinced that all the truth is on their side. However it’s very rare that all the justice will be on one side only. The truth and justice will usually be in the middle. And the job of a righteous leader and rabbi is to find out who is half right, a third right, and a quarter right.

Unfortunately today we are living in times that are so unclear. Politically correct decisions are made in every area no matter what the right thing to do is. Outside interventions steer the focus from what is correct, and true justice remains a slogan only to be desired.

Leaders, like Moshe Rabbeinu and all the true prophets and righteous scholars that came after him, seem so far from today’s court system. And if, heaven forbid, someone makes any mistake large or small, they suddenly feel the great absence of a true and just legal system today.

We do have many Jewish courts today, around the world, that base their decisions only on the Torah laws. However, I’m not sure how many judges and leaders even among the Jewish court system that we have today resemble the truth and clarity of Moshe Rabbeinu and his successors.

As we stand before Hashem on this Rosh Hashanah, and as our books will be opened before Him, and G-d reads what we have done and what we have accomplished this past year, I am sure that only a true, and fair trial will be held. With Hashem at the head of our trial, we will have a merciful hand leading the accusations. Hashem truly sees both sides, and what measures of truth should be given to each one.

This clear and truthful thinking, enables us to truly have a fair chance at receiving a good verdict, with a very fatherly hand and eye looking at every word that is read from our book.

May we all be inscribed in the book of life and health and a true redemption to all of Klal Yisrael. 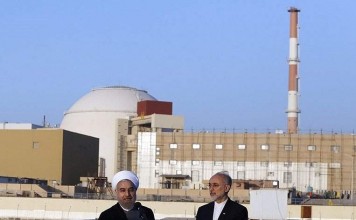 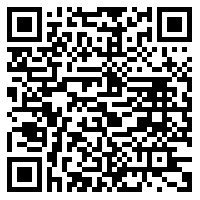