This past Friday I was listening to a radio show during which the rabbi in charge of the program read a letter of a woman who was in great distress. She described in her letter how she waited so many years to have a child and how she finally gave birth to a beautiful and healthy baby boy. She then went on to express her sorrow that she wasn’t able to have any more children since. This lady spoke at length of how disappointed she was and how she felt that G-d wasn’t listening to her prayer and now she was seeking out this rabbi’s advice.

I listened closely to what enlightening words the rabbi would tell this woman. The rabbi took a deep breath since he knew that this lady was hurting very much. He started by gently explaining how grateful she should be for having one child. He then told a famous tale of Rabbi Akiva who was married to Rachel the daughter of Calba Savua, the wealthiest man in the whole region. And how he had cut his daughter Rachel out of all his fortune since she married such a simpleton and a nobody like Rabbi Akiva, who at the time was just Akiva.

The story goes on to tell how R. Akiva and Rachel were so poor that they would sleep on a pile of hay. One night, probably at a breaking point, in order to give them the strength to go on, G-d sent Eliyahu the Prophet to knock on their door and ask for some hay for his wife who had just given birth, since they had no hay because they were so poor.

Rabbi Akiva jumped up and gave him a whole pile of hay and Eliyahu was off. Rabbi Akiva then went back to his wife and said; “Can you believe that couple is so poor they don’t even have hay to lie on; we at least have hay.”

The rabbi hosting the program paused for a moment to make sure his words would come across with compassion and understanding to this hurting lady, and said, “Do you realize that there are some ladies that don’t have even one child?”

The message was very strong and there was no need for the rabbi to explain any further – the point was made beautifully and very respectfully.

The entire time I was listening very closely. I had heard that story of Rabbi Akiva in the past but never felt that I could relate to it on a personal level or that the message that was sent to Rabbi Akiva from heaven could apply to me as well.

This time I felt that G-d had sent that message especially for me. I was suddenly able to look at what I have and not at what I was still missing.

Each one of us can probably think of at least 10 things that bother them or that they are lacking in their lives if not 20 or 30 things. Some people can even count 50 or more, G-d help them. There are times that we are so caught up in whatever it is we are missing or hurting from that we don’t stop to look around and see what it is that we do have.

This concept of looking at what G-d has given us and not at what is still lacking is not new. We all know that one must be appreciative of the good that they were given and to be thankful, and to know that things could always be worse.

However, in life there is something very important called timing, sometimes we are going through very hard times and we can’t really hear or accept any words of wisdom from any one. Sometimes we are so focused on our worries and problems that we can’t see past our own feet.

There is also the right time for us to hear words of encouragement. Many times we hear the same words and it means nothing to us, and then suddenly we hear them again and they go straight to our heart and we see the “light.” We can finally internalize these words.

For some this process of internalizing and moving on to a better understanding of how to behave and think can be instantaneous, and for others, it can take days or months until they understand how to adjust to whatever it is that Hashem has sent their way.

Sometimes our prayers are answered immediately, while other times we must pray thousands of prayers until our cry is answered. Sometimes, like with Rabbi Akiva, the answer might be receiving a heavenly message with which we can serve our creator on a higher level.

We are now in the middle of Pesach, a holiday of light and redemption. A time that we all sit at the Seder table and tell over the story of our fathers and mothers who left Egypt with all its glory. We tell of G-d’s miracles with his children during their exile in Egypt. We sit and read the Haggada in an hour or two, some five or more, but it surely doesn’t take a day or more. Do we stop to think how many prayers our ancestors prayed? How many years they suffered and cried for salvation? How many messages did they receive from Hashem to have the strength to be strong and to keep on going?

This time of year is called Z’man Cheruteinu – the time of our freedom. We all have our own Mitzrayim – hardships that we go through. And we are all waiting for our “redemption,” just like the Jews waited so long ago in Egypt. We must believe that Hashem hears all of our prayers and cries. We must also be attuned to what messages G-d is sending our way.

Sometimes the answer might be what we were waiting for and praying for, for such a long time. While other times it might be a message with which we can serve Hashem in a better way.

When one receives this message, they actually receive more than just getting what it is they were praying for. They receive a tool or a vessel which they can use in more ways than one.

May we be redeemed from all our worries and concerns, may we merit the ability and sharpness to hear and see the wonderful messages that G-d is sending us, may we serve the All Mighty in a better way, and may we be happy with all it is that He gives us.

A happy and kosher Pesach. 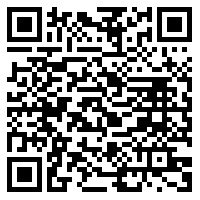