One afternoon, I received an email from someone I had recently helped. I expected to see a quick thank you. Instead, to my surprise, the person critiqued me.

Although I was hurt, I realized that I actually do this to Hashem constantly. My life is one big favor from G-d, and still I complain: I hate coronavirus. My daughter’s class shut down again. I’m so stressed…

I resolved to stop complaining, but that only lasted 24 hours. Then I heard a story that helped me change my perspective.

A childless woman went to seek advice from Rav Shalom Arush. Before ending their meeting, he said, “There is something that could help…” Then he changed his mind and said, “Actually, never mind.”

The woman saw his deliberation and asked, “What were you about to say? Is it a specific tehillim or segula? I’ll do anything.”

He gently said, “No, nothing…don’t worry.” And then tried to send her off.

She begged, “I traveled a long distance to come here, please tell me!”

Reluctantly, he began, “For one hour each day, go into a private room and thank Hashem that you don’t have a child.”

Flabbergasted, she said, “I don’t understand. Is this a joke?”

The Rav said, “Hashem runs the world, and doesn’t do anything that isn’t for our benefit.”

He ended the meeting with, “Bracha and hatzlacha.”

That night, she told her husband her decision: “I’m going to do it.”

One year later, the couple welcomed a baby boy, and Rabbi Shalom Arush served as sandek at the bris.

No mortal can claim to understand the ways of G-d, and many similar couples do not merit such a miraculous outcome. However, we can glean a useful tool from this story when we face adversity in life.

One way to effect change in our lives is to thank Hashem for the “bad.” After acknowledging our feelings about the negative event or situation, we can then find reason to be grateful. Through expressing appreciation even for challenge and loss, we demonstrate our trust in Him. Afterward, more blessings can flow forth.

Even if the blessing isn’t apparent, we will have changed our perspective and gained a newfound closeness to G-d.

Rav Elimelech Biderman sheds further light on this concept with another story: There was a man named Michael who owned apartment buildings in a dilapidated, crime-ridden neighborhood.

One afternoon he had business in the area, and when he left his car he forgot an envelope containing $40,000 that was sitting on the passenger seat of his car. Thirty minutes later he remembered the envelope and raced back to the car. He found his window shattered – but the envelope was untouched! Every last dollar remained inside. Only two MP3 players were stolen. He breathed a sigh of relief and thanked Hashem profusely for this miraculous moment.

Imagine that Michael had not had an envelope of cash. The cost of replacing his window and audio players would feel like a heavy burden. Instead, he was overwhelmed with gratitude.

We all have losses, but we each have a “$40k envelope” in our lives.

When we put this concept into practice, we begin to see more good in our daily experiences. I shared this idea with my son while we were out biking. He stopped and toward me, and asked, “So you say, ‘thank you’ for corona? Thank you Hashem for my bad grade?”

Together, we began to thank Hashem aloud for the “bad” things. A few minutes later, I lost control on the bike and almost crashed into a brick wall, narrowly avoiding an accident.

Immediately I thought to say, Thank you Hashem for protecting my leg!

I’m not sure I would have felt gratitude for something like that before. When we start to thank Hashem for the bad, the good becomes more apparent as well.

Rabbi Baruch Simon, Rosh Yeshiva of Yeshiva University, explains a deep kabbalistic concept about the Aramaic phrase, Isarusa d’leiela and is’arusa d’letata, blessing that pours from above and blessing that stems from below. There are two ways to inculcate spirituality and blessing in our lives. When the bracha is from above, it’s a freebie from Hashem, while bracha aroused from below requires work down here. How can we access that bracha? Through gratitude.

Rabbi Schneur Zalman of Liadi explains in the Tanya that the experiences we perceive as misfortunes (“bad”) are from a hidden source Above; those we perceive as good come from a revealed source and yet everything is from Hashem.

Expressing gratitude is not a segula, but when train ourselves to understand that everything Hashem does is good, we can concretize something powerful to reveal a more obvious good.

Hashem’s plan for us is perfect, but we always have three choices before us in difficult times: complain about it, ignore it, or have gratitude for it. The highest level of gratitude, and the one that cultivates the most blessing in our lives, is appreciation. This is the hardest level to achieve, but the rewards are immeasurable.

Whenever I open my mouth to complain, I think of these stories and replace the complaint with gratitude. Deep down, I know that I too have an envelope of blessings that has remained unscathed, ready to be counted. Having this knowledge and perspective has made all the difference. 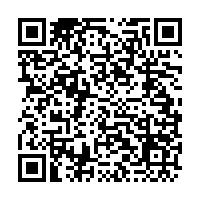