When I asked notable right-wing members of the World Zionist Organization to host a walk down memory lane, I didn’t expect to be taken for a literal ride. But that’s what happened when I Zoomed with Rav Doron Perez, executive chairman of Mizrachi World Movement, and Rabbi Ari Rockoff, executive vice president of Religious Zionists of America-Mizrachi: they were both wearing seatbelts.

From behind the wheel, Rabbi Perez gave me some background on the WZO, whose role is to poll the interest of world Jewry in Israel affairs. Founded by Theodor Herzl in 1897, it initially served both religious and traditional Jews alike. Only five years later did the movement split into factions, with Mizrachi (an acronym for Mercaz Ruchani) representing Orthodoxy.

It’s been a little over one year since elections for the 38th World Zionist Congress, in which an unprecedented 10 percent of Orthodox American Jews made their voices heard. The elections, says Rabbi Rockoff, can best be compared to the electoral college: Of 524 seats, about a third are allotted to the U.S.; among those, seats are distributed to particular slates based on their vote count. This is not a winner-takes-all system, Perez says; slates have proportional influence according to their number of seats.

For Rabbi Pesach Lerner, earning seats helps “lessen the influence of the left.” Rabbi Lerner is the founder and chairman of Eretz Hakodesh, a new slate that earned five percent of worldwide seats in the WZO – a number that tilted the pendulum from center-left to center-right. Perez said that Lerner’s enthusiastic advocacy garnered the support of the far right, a sector that initially opposed Zionist collaboration.

Perez emphasizes that Orthodox and Zionist are not mutually exclusive. The Mizrachi goal is to merge Am Yisrael, Eretz Yisrael, and Toras Yisrael, three fundamental aspects of Jewish life. Rockoff, who works in the U.S. branch of the slate, aims to foster a “deep connection to Israel in day-to-day life.”

Making aliyah is not the only way to form a connection. As Lerner puts it, “There are no Zionists in Israel. Zionism is happening outside Israel.” When thousands of U.S. Jews clicked a button from a distance, the sudden swing in influence helped religious slates put Orthodox activists into power.

The appointment of Mizrachi’s Avraham “Duvdev” Duvdevani to chair Keren Kayemeth LeIsrael (KKL) is a prime example. KKL, which operates under the WZO umbrella, owns about 15 percent of the land in Israel. Under its new leadership, its farmers are observing Shemitah universally for the first time. KKL is currently working with Eretz Hakodesh to form a “Forestry Corps” for teens at risk, and with Mizrachi to bring KKL to shuls around the globe.

With classic passion, Lerner attributes the credit for these changes to the supporters behind his slate. “Eretz Hakodesh is the locomotive that’s moving everything,” he said.

The Jewish Agency, another WZO branch, has proven very receptive. After learning that 35 percent of new Israel immigrants are Orthodox, they set about hiring a like-minded representative for their aliyah department. They also intend to nominate an Orthodox ally as the new chairman, a move prompted by the right-wing shift in their membership committee.

Not all factions support the rebirth of religious Zionism. Within the WZO, left-wing slates are referring to the revival of Orthodox interest as a “hostile charedi takeover.” Nevertheless, Lerner wants to respectfully challenge the status quo. “If you’re not in the game, you can’t play the game,” he says of his campaign for equality in the Jewish sphere.

When asked whether a right-leaning WZO will discourage Reform and Conservative participation, both right-wing factions agreed that the reality is concerning. However, they see the diminishing number of left-wing seats as the symptom of a larger issue: that of decreasing interest in Israel among assimilated Jews.

To combat this effect, World Mizrachi is sending 300 shlichim to campuses and communities each year to promote involvement in Jewish affairs. Rockoff explains that education, as opposed to advocacy, is key to inspiring youth. Mizrachi is currently running a number of projects (Machon Mizrachi series of lectures, HaMizrachi magazine, and a halacha curriculum, to name a few) to promote Jewish identity.

For some, returning to their roots means moving to Israel. Nefesh B’Nefesh, an organization that facilitates aliyah, recently took steps to cater to Orthodox settlers after the WZO election results. Meanwhile, Mizrachi launched Kehila bAliyah, a program geared towards community aliyah. The facilitators provide ongoing guidance before, during, and after group aliyah.

For those staying in Israel on a temporary basis, Eretz Hakodesh affiliate Rabbi Nechemya Malinowitz founded the Igud to help seminary and yeshiva students enter Israel during Covid-19.

Winning more seats has enabled religious slates to secure more money for religious needs. Both Eretz Hakodesh and Mizrachi hosted summer initiatives aimed at perpetuating religious Zionistic values. In addition to day trips, such kayaking and a tour of the Golan, which, in total, 4,000 attended, Eretz Hakodesh organized a musical Simchas Bais Hashoevah attended by thousands of seminary and yeshiva students.

However, the past year saw a general cut from MASA, a program for gap-year students. MASA usually partners with yeshivas and seminaries to offer significant scholarships. Thus, Mizrachi formed a fundraising campaign that secured millions of dollars in support. Lerner said he may use the Igud as a forum for financial aid, citing requirements of MASA – such as an official trip to Masada – that make it difficult for yeshivas to qualify.

Despite persistent activism, Rockoff maintains that RZA-Mizrachi, like the WZO, is a movement rather than an organization. The difference, he says, is that while an organization does something, a movement stands for something. Stand with Orthodox slates and you support, in Perez’s words, the “dissemination and impact of Toras Eretz Yisroel.”

Lerner, already planning for the next election, in 2025, makes a notable distinction between the upcoming election and the last. “We can now talk about what we did, not what we will do,” he says. He envisions a future where all right-wing slates will unite to form one Orthodox bloc, a mission he says is made possible by the increased awareness and voter turnout last year. 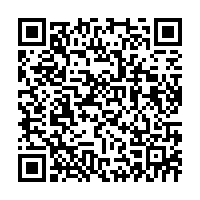