Home Food Kashrut Scene A Perfect Preserve
Share on Facebook
Tweet on Twitter
Jam– a type of fruit preserve made by boiling fruit with sugar to make an unfiltered jelly
Jelly– Combination of fruit juice and sugar that has been cooked, usually with pectin, to make a clear, thick preserve
Preserves – made of small, whole fruits or uniform-size pieces of fruits in a clear, thick, slightly jellied syrup
Marmalade– a preserve made of the pulp and rind of citrus fruits

I spent some time on the Internet trying to find the history of jams, jellies and preserves. It seems that in the first century there was a recipe book, possibly compiled by the Roman gastronome Marcus Gavius Apicius, that contained a recipe for preserves. Jams and jellies were popular in the Middle East and may have been introduced to Europe by returning Crusaders in the Middle Ages. According to the website jelly.org, marmalade can be traced back to the 16th century and Mary Queen of Scotts. It seems the Queen suffered from seasickness, and a mixture of orange and crushed sugar would be prepared for her. Some have suggested that the name marmalade is derived from “Marie est malade” (Mary is sick), but it is more likely that it comes from the Portuguese word “marmelo,” which means quince (a very ancient Middle Eastern fruit.)
Jams and jellies can be used in a variety of ways – smear some on a slice of bread, either alone or with peanut butter or cream cheese; use them in your favorite dessert recipes; add them to muffins for a great breakfast treat; or use them on fish, meat or poultry for a wonderful meal.
Recently we received a shipment from a Napa-based company called A Perfect Pear (KSA, parve). Their product line is built around a wonderful fruit – the pear. We had the opportunity to try a number of their jellies, preserves and sauces. In our home we tried two different flavors – Roasted Pepper Pear Vinaigrette and Tomato Cinnamon Clove Preserve. I don’t think there are enough words to describe how wonderful they are. The Tomato Cinnamon Clove sounded like an odd combination, but we are fearless when it comes to trying new things. I mixed half the jar with some water and used it as a marinade for London Broil. The smell of cloves and cinnamon permeated the house as it cooked, making everyone’s mouth water. And the taste – wow! Everyone came back for seconds and thirds. The Roasted Pepper Pear Vinaigrette I used on chicken for a Shabbos meal. Again, they all came back for more – which in our house says a lot: after the challah, dips, fish and soup most of us don’t have room for the main course.

So, if you are looking to prepare the “perfect” meal, you don’t need to look any further than “A Perfect Pear”. Their full line is available on the web at aperfectpear.net or at select specialty stores around the country. 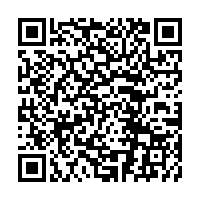