Now we have passed the five-year anniversary of September 11, 2006 – with all of the horrifying memories, with all of the recurrent pain. We know today, that all pertinent government agencies are working 24/7 to keep us safe in the future. We know, as well, that even greater preparedness can never make us truly safe. We know, above all, that we must continue with our daily lives, personal and collective, and that we must not submit to the unprecedented blackmail of Islamic terrorism (“Convert or die!”).

Knowledge is still power. In our continuing struggle for security from terror, there is still much for us to learn. What sort of “freedom fighters” applaud the murder of all “infidels,” all men, women and children whose “blood lacks sanctity?” We really need to answer this stubborn question.


What exactly drives our terrorist enemies’ orientation to unbounded political violence? Clearly, Islamic terror groups no longer see violence as essentially political. It is for them, a purely sacred form of religious worship, especially where it involves “suicide” bombing. Surely not just a means to an end, Islamic terror-violence has now become an end in itself, a genuinely ecstatic journey into bloodlust carried onward by its own furious momentum.

It must be understood that for the Islamic terrorist, Jewish victims are not to be pitied. In this particular view, Jews can never be fully human in the eyes of allah. No real attempt is ever made to disguise these genocidal views. In the words of a prominent London-based Muslim cleric, Sheikh Omar Bakri Muhammad: “We don’t make a distinction between civilians and non-civilians, innocents and non-innocents. Only between Muslims and unbelievers. And the life of an unbeliever has no value. It has no sanctity.”

Curiously, little or nothing has been said of a most ironic element of Islamic terrorism; certain key roles in organized murder and child-slaying have been filled by physicians. Indeed, both Osama Ben Laden’s second-in-command in al-Qaeda and the late Hamas champion of suicide-bombing Abdel Rantisi were pediatricians. How does the child-healer become a child-murderer? Sometimes, it seems, quite easily. Like the Nazi doctors, who were meticulously conditioned to believe in the biological sub-humanity of “the Jews,” physicians throughout the Islamic world are now taught in the mosques and in the media that all Jews are the “sons and daughters of pigs and monkeys.” For these doctors, Hippocrates takes a distant second-place to more, soul-satisfying sources of personal allegiance.

Leaving aside the almost countless Hizbullah rocket attacks of the recent Lebanon war, Israelis have endured, on average, one terror attack every hour of every day for 67 consecutive months. These attacks on a country, that is less than half the size of a county in California, have nothing to do with Palestinian “resistance” or Islamic “self-determination.” And even if they did, could the cause of a new Palestinian state ever be sufficiently sacred to warrant the intentional murder and dismemberment of Jewish children?

International law has determinable form and content. It cannot be invented and reinvented by terror groups merely to accommodate their own presumed interests. This is most notably the case where terror-violence purposely assaults non-combatants, the quintessentially characteristic signature of al-Qaeda, Hamas, Fatah, Islamic Jihad and Hizbullah.

The civilized world often chooses not to notice the difference between terrorism and counter-terrorism. At best, public opinion refuses to blame the supporters of Islamic terror in other countries. At worst, public opinion even supports such terror as a justifiable expression of “freedom-fighting.” For tiny Israel, even the construction of a security fence – an utterly passive kind of self-defense – has elicited near-universal condemnation. In shameless continuance of 2,000 years of orchestrated Jew-hatred, this condemnation blames Israel for building a fence to protect itself from child murderers, but wholly ignores or applauds the killers who make the fence indispensable.

American and European universities, as always, are unmindful. The learned scholars are generally busy with more weighty matters, especially those that do not pertain to real life in any way. Additionally, there is no time to be concerned for Jewish terror victims’ agony, anguish and suffering when money and accolades are generally bestowed from other directions.

The cowardice of the Islamic terrorist is unparalleled in the history of insurgent warfare. Although there is no shortage of examples of revolutionary fighters who disregard humanitarian boundaries in battle, the record of fighters who deliberately and consistently seek utterly innocent and fragile targets is very small.

Several years ago, when a Palestinian terrorist machine-gunned two Jewish infants still sucking on pacifiers (after repeatedly stabbing the mother), the image of the murdered children was a source of feverish exaltation throughout the Muslim communities in Jenin, Ramallah and Gaza. When, a year earlier, a sniper deliberately shot a newborn Jewish child, Palestinian celebrants repeatedly hailed the murder as “yet another military victory against the Zionist occupation.” When two Russian-Jewish Israelis who had not yet learned to speak Hebrew took a wrong turn into Ramallah, they were torn apart – literally – by howling mobs. After blinding and disfiguring the two Israelis, several young men in a Palestinian “police station” then held up the still-dripping eyes and internal organs for all to see, whereupon thousands of ordinary people began to dance and chant wildly.

The unique barbarism of the Islamic terrorist is sometimes correctly related to an overwhelming death fear. The suicide/homicide bomber does not feel that he (or she) is giving up his (or her) own life in a murderous deed. On the contrary, he murders defenseless victims precisely to ensure his absolute freedom from death. By choosing to “die” for the “will of allah” both he and his closest relatives can live forever. This fact must be understood before we can say that we have learned anything from the horror of 9/11.

LOUIS RENE BERES was educated at Princeton (Ph.D., 1971) and is the author of many books and articles dealing with terrorism and international law. He is Strategic and Military Affairs columnist for The Jewish Press. 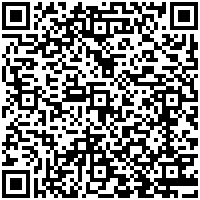