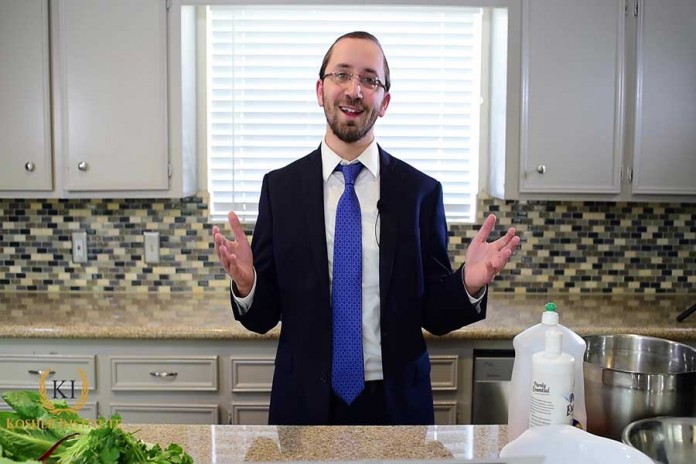 In the wake of a major shortage of mashgichim worldwide to handle the growing needs of kashrus restaurants, stores and factories, a comprehensive training and certification program – widely endorsed by many of the largest kashrus agencies in the country is available online for aspiring mashgichim.

Kosher Institute of America (KIA) offers an accredited mashgiach training course in partnership with the Association of Kashrus Organizations (AKO) – the umbrella organization for 120 of the largest kashrus agencies in the word, including Orthodox Union (OU), Kof K, cRc (Chicago Rabbinical Council) and others. The goal is to offer a baseline program of practices approved by all major kashrus agencies, followed by customized courses designed to meet the needs and standards of the individual hashgachas – all in one website. At the end of the course, the student receives a certificate, official ID badge and access to industryware and authorization throughout the various participating kashrus agencies worldwide. 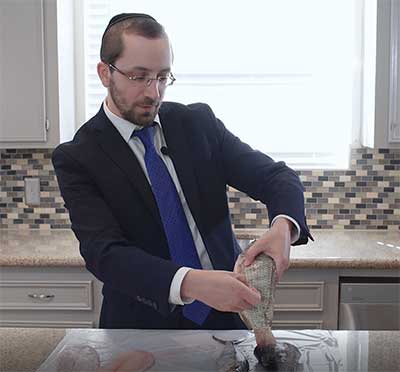 “We didn’t develop the program, we just signed on to it and customized it for our needs,” Rabbi Daniel Senter, Chief Operating Officer of Kof-K told The Jewish Press. “We found the KIA to be very valuable.” Senter said the certification doesn’t replace the need for further onsite training, vetting or the need to make sure candidates have the proper background necessary, nor does it alone solve the lack of mashgiach crisis, but “this helps us with training and also provides the time commitment a person should put into learning before engaging the worksite as a mashgiach.”

Senter points to several reasons why the industry, critical to ensuring kosher standards for observant Jews is experiencing a shortage in manpower, from the general impact of Covid, which has reduced the amount of workers available in nearly every industry nationwide, to issues of inadequate pay in the past.

“Mashgiachim have been underpaid for many years and they now have alternative opportunities that provide more flexibility and more money,” Senter explained. “We are now competing with companies like Amazon, Uber and Lyft- and a lot of other avenues that don’t have the same time commitment or complex qualifications.”

Senter said in the past, beginner mashgichim salaries ranged between 22-24 an hour- well below what was necessary to maintain the living standards of a Jew who may have several children and yeshiva tuition. Another factor is the cost of living, which simply made the past salary range ineffective. “The cost of living for frum people has gone up considerably,” Senter noted. “It used to be chicken was 1.75 a pound, but it can be as high as 4 pound.”

In response, Kof-K and other agencies have dramatically raised the pay that beginner mashgichim are getting- to upwards of 29-35 hour. Also, agencies are offering sign-up bonuses and recruitment bonuses for those who recommend someone who ends up being hired. Rabbi Senter says the ideal candidate should be someone that would reasonably qualify in a rabbinic role, and they should see the opportunity to be a mashgiach as not just a career but a gateway to other possible opportunities as well. “Its important people realize that mashgiach jobs are often a stepping stone to owning restaurants, or having a back-up career, for people who are looking for something simpler after retirement or just looking for something part-time.” 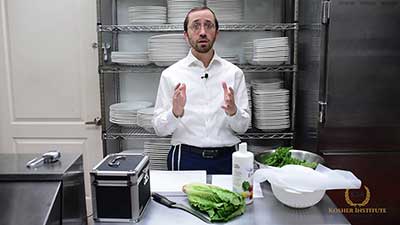 KIA Founder and Dean Rabbi Nosson Dubin, who also serves as Rabbinic Administrator of the Houston Kashrus Association (HKA), says the training doesn’t make any assumptions about what you know or don’t know. It moves seamlessly along from subject to subject with flowcharts and demonstrations that made learning clear and comprehensive. He points out the Kosher Empowered course is utilized by a conversion beis dins to train aspiring future Jews about laws of kashrus and he’s sure other education sectors throughout Judaism would find the training useful as well.

“The program originally started as a home kashrus course called Kosher Empowered, and was meant for people who may have been keeping kosher for the first time, or for those who grew up keeping kosher and were familiar with what to do, but not necessarily the reasonings behind the laws,” Dubin, who recently published a sefer called Hatza’as HaShulchan, for scholars who are studying for semicha, told The Jewish Press. However a year later, it had evolved into a program designed to streamline the training process- a major accomplishment and a vital tool for helping the agencies train their new candidates. “With over 1500 kosher agencies worldwide, every agency was training their own mashgichim and the training was very varied,” Dubin explained. “Some were very organized, while others were more ad hoc. Even the good training programs required tremendous manpower and the agencies could only organize this once or twice a year. Meanwhile new mashgichim show up constantly so there was talk about some type of online training that would systemize and universalize training so it doesn’t matter if you were at Kof-K or OU, in South Africa or London, we’d know if you took this course and you’re listed in our database, and you took and passed the final exam, then you are proficient. So this was the dream of many hashgacha agencies. Shortly after I presented the Kosher Empowered course at the AKO convention, Rabbi Sholem Fishbane, Kashrus Administrator of cRc and Executive Director of AKO, contacted us and asked if we can create a universal online mashgiach course as well.”

Dubin said after the initial course material was created it was reviewed by one of the foremost kashrus expert Rabbis in the kashrus world, Rabbi Dovid Cohen of the cRc. “He made hundreds of comments and all of these notes were discussed at length and the relevant modifications incorporated into the course. There was a lot of reaching out to many agencies during the process to make sure this is something that everyone would be comfortable with.”

To date, over 2,000 new mashgichim have taken part in the KIA courses.

KIA does not determine final approval for a candidate mashgiach, only testing and certification – in the case of candidates sent to training by specific agencies, final approval is given by the sponsoring organization. Each agency has access to their candidate mashgiach’s training process through a portal designated for only their observation, so they can see where the candidate is proficient and where more emphasis and training may be needed.

The final test is 40 questions chosen from a 96 question bank and is now available in Hebrew, Russian, Spanish, Yiddish and French. The KIA website also offers mashgiach-branded apparel for those who want to look professional, and a jobs board of current employment opportunities is also accessible.

“There’s no question there’s an international mashgiach shortage, not just in America but across the world,” Dubin admitted. “Rabbi Senter has been a champion of offering higher pay for a long time and other agencies are starting to pay more as well.”

Dubin said this is only the beginning. “Part of the dream of KIA is that our prices are amazingly affordable so that the classes can be available to all mashgichim and enable them to feel confident as trained professionals. We need to give them better stature, self-confidence and tools.” 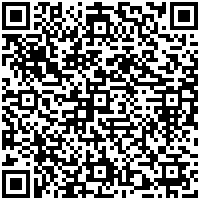