Rabbi Sholem Fishbane remembered attending his first Association of Kashrus Organizations (AKO) convention in 2003 when only a handful of other members where in attendance. After the event, Rabbi Fishbane was tasked to expand membership as its new executive director, and last week’s annual conference showed he has. AKO’s 2022 Va’adim Conference attracted approximately 190 attendees (men and women) representing over 70 national and international kashrus agencies.

AKO was founded as the umbrella organization for kashrus agencies in 1983 by Rabbi Benjamin Shandalov of the Chicago Rabbinical Council and others. In the beginning, AKO did not include the largest kashrus agencies because they didn’t need help like the smaller ones did. Eventually AKO realized they couldn’t do much without the buy-in of the larger agencies. They could make a standard, but if the larger agencies wouldn’t keep it, it wouldn’t last. The so-called “Big 7” agencies eventually became AKO members and are now very involved – Kof K, OK Kosher Certification (OK), STAR-K Kosher Certification (Star K), Orthodox Union (OU), Chicago Rabbinical Council (CRC) MK Global Kosher Certification Agency (MK), and Kashruth Council of Canada (COR).

Membership in AKO is decided by nine members of the AKO Executive Board. “We continually get agencies that want to become members of AKO,” Rabbi Fishbane told The Jewish Press. He has also served as the CRC Kashrus Administrator for over 20 years. “What’s happened today is being a member of the AKO has become the standard for being an accepted agency.”

“In 2018 my boss, Rabbi Ari Senter, said I would very much like to give back to the olim of kashrus an event where they can rejuvenate themselves,” Rabbi Reich told The Jewish Press. “A nice high-end event with a top notch caterer and speakers who not only address kashrus related issues but also other important issues such as legal or workplace efficiency, etc.”

The conference included a tribute to two legendary leaders in the world of kashrus who have the same yahrtzeit. Rabbi Don Yoel Levy, zt”l, one of the founders of OK, died of Covid in 2020 on the last day of Pesach. In 2021, Rabbi Zechariah Senter, zt”l, founder of Kof-K, died at the age of 84 on the same date.

“It’s no secret that the kashrus agencies are competitors. We’re friendly but at the same time it’s a business, so it is naturally that way,” said Rabbi Reich. “At one point the Kof-K and OK did not see eye to eye, but over the years the two agencies learned to work very well with each other … my boss called and said I feel like this is a sign from heaven they ended up making shalom that they both passed away on the same date. How beautiful it would be that we should make a tribute to these two giants.”

Rabbi Reich recalled when the agenda went out for the 2022 conference, everyone thought the organizers had made a serious blunder. Rabbi Ari Senter, of Kof-K was to speak about the late Rabbi Levy, while Rabbi Chaim Fogelman, of OK, was to speak about the late Rabbi Senter. This was done intentionally, Rabbi Reich said, to show the tremendous respect each agency had for each other. Rabbi Reich said it’s a tribute to AKO and how the leadership of the Big 7 are unified.

Along with the yahrtzeit tribute, Mrs. Chana Senter, wife of the late Rabbi Senter, was presented with a lifetime achievement award by the 40 women in attendance at the event. The highlight of the second evening was the dedication of a Sefer Torah in the honor of Rabbi Senter and Levy, with attendees participating in writing the final letters.

The Sefer Torah ceremony was followed by dancing and singing – led by an acapella group of bochurs visiting from Yeshiva Aderes HaTorah in Jerusalem where the late Rabbi’s son, Rabbi Chaim Zvi Senter, is rosh yeshiva. “I think my father would have been amazed at all these kashrus organizations coming together singing and dancing,” Rabbi Chaim Zvi Senter told The Jewish Press. “It’s amazing how much AKO has grown and it shows more and more people are understanding how important it is.”

Another sign of cooperation and unity was a Siyum HaShas by each of the attending organizations. “Artscroll divided the shas into 70 volumes, so we basically got 70 kashrus agencies – each agency taking a volume.”

The Q and A session towards the end of the event allowed the smaller agencies to ask questions and get advice from the AKO Executive Board members, which included representatives from the Big 7 and the Houston Kashrus Association.

On-going challenges were addressed throughout the conference. “I think globalization has become the reality. It used to be, we were in a little bit of a bubble and therefore we could keep things under control. But today kashrus in Asia and Europe have really exploded and now we have to get involved in different cultures to ensure our standards … whether it’s in Chicago or in another part of the world.”

Another significant challenge faced by the organizations is the lack of mashgichim. “Right now we are having a very hard time finding mashgichim,” Rabbi Reich said. “Everyone is having a labor shortage. But because we work together, AKO has made steps to address the issue like advocating for the mashgiachs to receive higher pay which often also means higher quality mashgichim.”

“We can’t seem to get enough people to become mashgiachs,“ said Rabbi Fishbane. To address the need, AKO has created an online mashgiach training course. After completing the training and passing the test, participants receive a certificate from AKO as a certified mashgiach. The certification course can be accessed at learn.kosherinstitute.com. 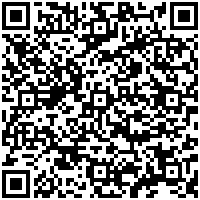