Sabra Salads (Blue and White Foods, OK and Rav Weissmandel, Pareve) a name already synonymous with Middle Eastern fare, has a relatively new line of dips and spreads that are mouth-watering delicious. Hummus in flavors like Luscious Lemon, Roasted Pine Nuts and Supremely Spicy, eggplant prepared in the Spanish style, roasted or babaganoush, Spanish and Mediterranean salsa and tabouli and more. In our office, it’s just not Shabbos without a container of Sabra hummus and tehina on the table. Now available in larger size container, Sabra salads are great as an accompaniment to meat or fish, smeared on a slice of challah or bread, or as a dip for vegetables. You can find their whole line in your local kosher grocery or in the kosher food section of your local supermarket.

Steaz Soda (The Healthy Beverage Company, OU). Resembling the old 12 oz. glass soda bottles with screw-off cap, these sodas are 100% organic and made with green tea. I know what you’re thinking, because I thought it too, but they are delicious. They are lightly carbonated and available in cola, root beer, orange, raspberry, lemon dew, and key lime. No refined sugar, chemical preservatives or artificial flavors. And incredibly delicious. Did I say that already? Well, it’s true. I love the root beer so that’s my favorite, but at home and in the office, all the flavors were enjoyed. Available in some supermarkets and specialty health food stores, Steaz Soda can also be purchased on the web at www.healthybeverage.com. ◙


In 1866, a couple named Warneke started a bakery on the banks of the Missouri River. The family was very successful and in 1886, they opened three stores simultaneously in Kansas City. The business eventually consolidated and became General Baking Company. One of the brands they produced was Bond Bread. The advertisement you see here was created by BBDO (a well-known ad agency) for Rosh Hashanah 1936.

What About Jewish-Owned Land Beyond the Green Line? 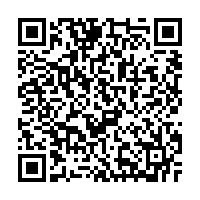