Home Jewish Kosher Food News Kosher Food And Wine Experience
Share on Facebook
Tweet on Twitter
Kosher wines have improved greatly in the last 20 years. Much of the credit can be given to the Golan Heights winery in Israel, which ignited the quality wine revolution when they released their first wines in 1983. Stateside, however, it has been the Herzog family and their Royal Wine Corporation that has introduced U.S.-based kosher consumers to premium wines.

Recently, Royal Wine began to host an event known as the “Kosher Food and Wine Experience” to showcase their numerous offerings. On February 23, the third annual event was held at the Metropolitan Pavilion on 18th Street in New York City.

From Spain, a new winery in the Royal portfolio is Elvi Wines, which began producing kosher wines in 2002 with the leadership of consulting winemaker and agronomist Dr. Moises Cohen.

Elvi produces a Spanish sparkling wine known as “Cava.” They are set to release their first white wine, a blend of sauvignon blanc and muscatel that has beautiful aromas of flowers, tropical fruit and bubble gum. But Elvi has become known for their Spanish-style red wines. I tasted six reds, including the 2007 Elvi Classico, their first mevushal wine. One of them is the 2005 EL 26, a wine I would be proud to pour at my Seder. A blend of five varietals, the EL 26 features a combination of aromas from mint and wood smoke to dark fruit and forest pine. This velvety wine has an excellent structure and long finish (aftertaste) and is a perfect pairing for roasts made with Mediterranean spices.

Moving around the world we land in New Zealand where Goose Bay is producing world-class wines under the guidance of winemaker Philip Jones.

Goose Bay wines are mevushal (flash pasteurized) and the only kosher wine made in New Zealand. Clean, crisp, and refreshing are not words one might associate with mevushal wines, but Jones’s wines prove otherwise. He furthermore believes that his method to quickly bring the juice (before it is fermented) up to 187 degrees and then quickly back down to 75 degrees helps to bring out some of the fabulous aromas his wines possess. The event featured the crisp 2007 Pinot Gris with its fruity pear aromas and the subtly elegant 2007 Pinot Noir, a delicious light-bodied wine with red forest fruit aromas and flavors. But when one thinks about New Zealand wines it is sauvignon blanc that first comes to mind, and the 2007 Goose Bay Sauvignon Blanc does not disappoint. This light straw, almost clear wine has lovely citrus and grassy aromas. Lemon zest flavors and a zippy acidity make it a terrific match for spicy foods as well as sushi.

Israel’s wines have gained recognition of late, following extensive tastings by Wine Advocate and Wine Spectator magazines. While the larger wineries in Israel produce most of the country’s wine, they are outnumbered by the boutique wineries more than 20 to 1. The small family-run winery Castel is the darling of the boutiques.

Castel is represented by patriarch and winemaker Eli Ben Zaken and his son and COO Eytan Ben Zaken, who make wines that they love to drink: a white from chardonnay, known as C Blanc du Castel, made in the style of a French white burgundy; two reds, both bordeaux blends; and the highly sought after flagship wine, the Grand Vin, and its little brother, the Petit Castel.

They were pouring both the 2006 as well as the 2003 C Blanc du Castel. The 2006 had a big tropical fruit nose, but I preferred the 2003 that also possessed toasty and tropical aromas but was at this point in its life more subtle and elegant.

They also poured two vintages of the Grand Vin. The recently released 2006 and the 2005 from a double magnum, which is three liters or the equivalent of four bottles. The 2006 Grand Vin seemed a bit young while the 2005 Grand Vin was delicious with black cherry, spice and earthy characteristics.

But it was the 2006 Petit Castel that stood out. Made from 50 percent merlot, 45 percent cabernet sauvignon and five percent petit verdot, this wine had aromas of herbs and eucalyptus and lovely red and black fruit flavors. At about half the cost of its big brother, the Petit might not age as gracefully or pack the same punch, but it was showing very nicely and I would recommend popping the cork of a Petit with a steak or lamb stew.

The show was a clear success, evidenced by the guest’s reluctance to leave. They were savoring the desserts and final sips of their wine until the lights went out and the final curtain closed on the 2009 Kosher Food and Wine Experience.

Gary Landsman, a.k.a. the “wine tasting guy,” makes, sells, writes about and, of course, tastes wines. Visit his blog at www.winetastingguy.com or contact him with any wine related questions at gary@winetastingguy.com. 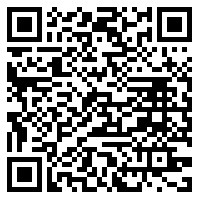