I consider myself to be fairly frugal and can squeeze a dollar tighter than most.

You have to understand that it’s not my fault.

Like the rest of you, I am a product of my upbringing and, while there are some family members who may consider me frivolous for actually screwing in all of the bulbs in my chandelier for maximum light or for not recycling used wrapping paper, I am pretty grateful to my wonderful parents for teaching me how to make the most out of just about every item that comes into my house. Which is why I was totally blown away when I read about aquafaba.

If you are anything like me you are stopping and asking yourself, aqua-what?

Have you ever opened up a can of chick peas and, like me, washed the starchy goo that they are sitting in down the drain? Well, it looks like we were both making a huge mistake because, surprisingly enough, chick pea glop can be whipped up into beautiful white peaks, making it a glorious vegan egg white replacement.

A short disclaimer here. I am not a vegan, and I delight in eating animal products of all sorts, although I admit that I currently own chia seeds, farro and tofu. Unlike some wonderful relatives of mine, I don’t bathe in cider vinegar, I don’t obsess over preservatives and I really don’t spend my free time trying to looking for egg substitutes. But the idea that something I had been rinsing away could be transformed into meringues? Cookies? That was something I had to explore on my own.

I started writing this article the way I always do, by doing research online, but I decided to take a break and try a different approach. I headed for my kitchen and drained a can of chick peas into a measuring cup. I pulled out my mixer, added the aquafaba, which foamed up immediately, then added sugar and vanilla and within ten minutes they looked exactly like stiffly beaten egg whites, even if they did smell just a hint beany. I carefully blobbed them onto a cookie sheet and, while the recipe I was using called for a 90 minute baking time at 200°F, I decided to take a shortcut, popping them into a 325°F oven for about half an hour, something that I know works with conventional meringues.

Biiiiig mistake. Half an hour later, my cookie sheet was covered in a sea of black lava. Thankfully I still had more batter left, so I lowered the heat in my oven and tried again. An hour and a half later I had beautiful white meringues that were a little flatter than usual (the result of another mistake, placing them on greased foil instead of parchment paper, I later discovered), but completely and totally egg free and tasted exactly like conventional meringues, with not a hint of beaniness at all. How cool is that?

According to Aquafaba.com, it was French tenor Joel Roessel who first discovered that chick pea brine could be whipped into a foam in December 2014, sharing his breakthrough on his blog. Two months later, a pair of French foodies released a YouTube clip in which they used aquafaba as the base for chocolate mousse, inspiring American software engineer Goose Wohlt to try making aquafaba meringues. The experiment was a success and once Wohlt popularized his discovery on Facebook, things began to snowball. Within weeks excited cooks began using it in meringues, cookies, cakes, macaroons and even mayonnaise.

Aquafaba has become the darling of the vegan community and those who are allergic to eggs, with plenty of others jumping on the beany bandwagon as well. Two Facebook groups have popped up, with over 37,000 members sharing thoughts, comments and stunning photographs of aquafaba creations including: coffee Bavarian cream, Vahlrona chocolate stout cake with cookie butter and Swiss meringue butter cream, hollandaise sauce and holiday cookies decorated with an aquafaba based royal icing. Another post bore no enticing pictures, just the words “No photos cause I ate it all… aquafaba crustless quiche made last night.” 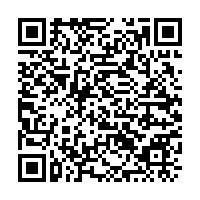