Fundamental and far-reaching changes are coming that will have a profound effect on every individual in New York State who receives services under the current system for caring for individuals with developmental disabilities. The changes, being touted as “Medicaid Waiver Reform,” are motivated primarily by the drive to cut the growth in the amount of money the state and federal government are spending on this care. Despite official denials, they will inevitably reduce the choice of care, quality of care and recourse to corrective measures available to the individuals receiving the care and their families. The plan is being developed and implemented with federal government approval largely behind closed doors. Its documents use dense language designed to camouflage its ultimate impact upon individuals with special needs.

Under the deceptively named OPWDD 1115 People First Waiver, the Cuomo administration seeks to outsource the state’s responsibility for delivering services to individuals who qualify for Medicaid Waiver to non-governmental superagencies known as DISCOs (Developmental Disabilities Individual Support and Care Coordination Organizations), while capping their dollar cost to the government. The new system will resemble managed care HMO plans in the health care system, whose subscribers are required to receive all of their health care services within the HMOs network of providers. The HMO provides these services for a single fixed premium payment (minus deductibles and co-payments), and assumes the financial responsibility for paying the cost of the services that are actually delivered to plan subscribers as negotiated in its contracts with its providers.


The fear is that under the new 1115 Waiver system, individuals with developmental disabilities will be subject to the kind of substandard care and bureaucratic red tape for which some managed care plans have become notorious. Another fear is that the quality of care provided through the DISCOs will be limited by the same financial incentives that HMOs have to hold down their costs by limiting the amount and quality of care they provide to the minimum they can get away with.

The therapists and community organizations now actually providing the care will come under increased economic pressure either to leave the field or to cut back on the quality of their service in order to reduce their own costs. Over time, many will have no choice but to give up their independence and be merged into larger organizations or the DISCOs seeking economies of scale, much like what is happening in a lot of the US health care industry.

The concerns of the special needs community in New York State are driven by fears that these changes could undue much of the progress that has been made since the revelation of the deplorable conditions at the Willowbrook State School in Staten Island in the 1960’s and early 1970’s. Among social workers, Willowbrook was known as a warehouse for New York City’s mentally disabled children whom had been abandoned there by their families as well as the foster care agencies assigned to care for them.

In the early 1960’s, Willowbrook was the site of a notorious medical experiment, in which healthy children living there were deliberately infected with the Hepatitis A virus so that members of the medical staff could monitor the effectiveness of treating the disease with gamma globulin (blood plasma proteins, including certain antibodies).

When US Senator Robert Kennedy visited Willowbrook in 1965, he called it a “snakepit,” whose residents were “living in filth and dirt, their clothing in rags, in rooms less comfortable and cheerful than the cages in which we put animals in a zoo.” Seven years later, a TV expose by reporter Geraldo Rivera graphically revealed the severely overcrowded conditions there, and that the residents were suffering physical abuse by members of the school’s staff.

The public uproar that followed forced NY State to embark on a program of de-institutionalization. It gradually phased out large state-run facilities like Willowbrook and transferred their populations to small, community-based institutions and programs. This led to the current system for New York’s MRDD (mentally retarded and developmentally delayed) population. A class-action suit filed against NY State in federal court was settled with a 1987 agreement by the state to meet special guidelines for the community placement and lifetime care of the surviving members of the “Willowbrook class.”

A Turning Point for the Treatment of Developmental Disabilities

The Willowbrook scandal marked a historic turning point in this nation’s treatment of the developmentally disabled. It mobilized Special Needs advocates to demand more effective and humane care in a community setting close to their homes and families.

This led to the passage of a series of federal laws. The Rehabilitation Act of 1973 prohibited discrimination on the basis of disabilities. The Education for All Handicapped Children Act of 1975 was renamed and expanded in 1990 and is now known as the Individuals with Disabilities Education Act (IDEA). It requires the state to provide children who have a broad range of disabilities with a “Free and Appropriate Education” (FAPE) in accordance with their Individualized Education Plan (IEP). These laws are the basis for the government-funded service system in place today involving the participation of 750 different community-based organizations in New York alone, working under state and federal government supervision. 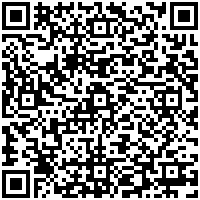