With the recent passing of Dayan Chanoch Ehrentreu, the UK and Europe as a whole lost one of its most eminent rabbis. Rabbi Ehrentreu was the preeminent dayan, rabbinic judge, of Europe, and until suffering a devastating stroke in the fall of 2020, he chaired the closest thing to a court of higher instance in the Jewish ecclesiastical court system.

Dayan Ehrentreu was born in Frankfurt in 1927 and is named after his grandfather Rabbi Heinrich Chanoch Ehrentreu, av beit din (presiding judge of the Jewish ecclesiastical court) of Munich and its chief Orthodox rabbi, who had passed away in 1927. On the morning of the 1938 Kistallnacht pogrom, young Chanoch Ehrentreu’s father Rabbi Yisroel Ehrentreu was arrested by the Nazis as he was trying to save Torah scrolls from a burning synagogue. After his release, Rabbi Yisroel and his wife Rebbetzen Bertha Ehrentreu and their family relocated to the UK, where he became the principal of the Prestwich Jewish Day School near Manchester.

Young Chanoch Ehrentreu eventually went to Hasmonean School, before moving on to study at the Beis Yosef Yeshiva, Gateshead Talmudical College. He married into the illustrious Sternbuch family and counts among his brothers-in-law the famous halachic decisor Rabbi Moshe Sternbuch and one of the most famous members of the Soloveitchik family, Rabbi Meshulam Dovid Soloveitchik, zt”l, the late rosh yeshiva of one of the Brisk yeshivot in Jerusalem. After marrying Rebbetzin Rachel, née Sternbuch – an impressive and accomplished woman in her own right – the future Dayan Ehrentreu established in 1960, when he was not quite 28, the Sunderland Kollel, an institute for advanced rabbinic studies, which he presided over for eighteen years, until in 1978 he was appointed Communal Rabbi of Manchester.

In 1984, Lord Chief Rabbi Immanuel Jakubowith appointed Dayan Ehrentreu the head of London Beth Din. During his 23 year tenure, his demonstrated time and again that he could not be pigeonholed as either a hardliner or lenient rabbi, preferring instead to be guided by his sincere beliefs to do what is right according to Jewish Law and values. This brought respect from all segments of the Jewish community, from the most modern to the most fervently Orthodox, who recognized his immense halachic authority.

He upheld a gold standard for conversions to Judaism, withstanding any pressures to recognize the work of rabbis significantly more lenient than him, and opposed the participation of United Synagogue rabbis in popular conferences that in his opinion would compromise their message as rabbanim. It wasn’t so much that he opposed more lenient approaches to conversions, as that on the one hand he belabored to weed out rabbinic and communal corruption (the proverbial conversion of the synagogue president’s son’s fiancée) and to remove pressure from lay leadership on rabbis to perform unacceptably lenient conversions. In addition, he reasoned that the candidates were often willing to reach the higher standards and that meeting those higher standards would make their integration in Torah observant society more successful.

In 2003, Dayan Ehrentreu presided over the completion of the UK’s first public eruv, an 11-mile enclosure including the Golders Green, Hendon and Hempstead Garden Suburb neighborhoods of north-west London. An eruv makes it legitimate in the eyes of Jewish Law to push children in prams and the infirm in wheelchairs on the public walkways on the Shabbat. Such enclosures are common in many cities, but hardly any are in cities as populous as London. Subsequently, this eruv became a model for other eruvin in large cities, and Dayan Ehrentreu a mentor for the establishment thereof.

He championed the rights of women, particularly the rights of agunot, women prevented from remarrying until they obtain a gett (a writ of religious divorce, pl. gittin), or the passing of their husbands has been adequately confirmed. In the aftermath of the Lockerbie bombing, he belabored to identify every Jewish victim and to ensure that no widow would remain an agunah and thereby be unable to remarry. He secured gittin for many agunot, without ignoring the parallel issue of husbands undergoing similar abuse by recalcitrant wives.

He successfully lobbied for the 2003 Act of Parliament preventing men from getting a civil divorce if they do not issue a gett. He convinced the extremely influential Rabbi Yosef Shalom Eliashiv, an particularly great Israeli religious law decisor, to back a halachic prenup drafted by Dayan Ehrentreu in Rabbi Eliashiv’s study. This halachic prenup was the Jewish Law complement to the 2003 Act of Parliament; with that prenup spouses could sue each other to adjudicate their divorce at the Beth Din, thus preventing many cases of igun (cf. agunah).

He ruled women could join synagogue councils and it was under his leadership that the traditional practice of not telling parents where their stillborn child was buried – not mandated by Jewish Law – was overturned.

Dayan Ehrentreu took great interest in the development of Jewish life throughout Europe. He was the highest Jewish legal authority for the Conference of European Rabbis, chaired its European Beth Din, which provides services – such as issuing gittin, enabling conversions to Judaism and the arbitration of disputes – to communities that lack their own beth din. He also supported the establishment of other beth dins – insofar as they were properly organized, led by competent rabbinic authorities and operating according to generally accepted standards of application of Jewish law.

With the re-establishment of the German orthodox Rabbinerseminar zu Berlin in 2009, Dayan Ehrentreu became its rector and was thus directly responsible for vetting all candidates for rabbinic ordination. In 2018 the Federal government of Germany recognized his significant contribution to the rebuilding of traditional Jewish life in Germany, and awarded him the Order of Merit of the Federal Republic of Germany, one of the country’s highest honors.

When controversies with rabbis arose, both rabbis and laity, the traditional, the Modern Orthodox as well as the fervently Orthodox trusted him to resolve matters most impartially and equitably. When a senior Sephardic rabbi in 2017 became embroiled in a controversy regarding philosophical and halachic positions he had taken, including entertaining positions that were too accepting of such LGBT issues that are proscribed by well-established Jewish Law, and that the resulting controversy surrounding that rabbi threatened to split the Anglo-Jewish community, it was to Dayan Ehrentreu that Chief Rabbi Ephraim Mirvis turned to chair a review committee that would find a solution to the conflict. The review committee was trusted by critics and supporters alike, noted the “sincere contribution” of the rabbi as an inspirational rabbi in his community, without ignoring the problematic teachings, and provided a path for the rabbi to return to good standing. Thus, Dayan Ehrentreu once more demonstrated he could find a peaceful and pleasant way out of very dicey situations.

This author was present at a dayanim conference where conversion standards for difficult situations were discussed. During the conversations, a lenient ruling by Dayan Ehrentreu for a particularly difficult set of cases was discussed, which went against the publicly voiced opinions. As soon as Dayan Ehrentreu’s name was attached to the ruling, all voiced agreement with the dayan’s ruling; such was the trust he enjoyed from the most senior colleagues.

Through all controversies, trials and tribulations, it was in teaching Torah that he found great satisfaction and in it a great source of strength. He lost a son to brain cancer. As this son’s condition worsened, he continued to uphold his teaching schedule, drawing strength and serenity from teaching Torah.

Almost two years ago, Dayan Ehrentreu suffered a devastating stroke, which greatly limited his ability to communicate. After a lengthy hospitalization, he returned home, where he would henceforth be confined, remaining under the cherished care of his beloved wife, Rebbetzin Ruchi Ehrentreu, née Sternbuch. Despite his illness, he continued to follow the developments in the European Jewish world and despite all difficulties continued to convey his feelings about our work.

Rabbi Ehrentreu was blessed with a large family. One of his sons, Rabbi Asher Ehrentreu, is the head of the agunos department of the ecclesiastical courts of the Chief Rabbinate of Israel and dedicated his career to the very values of his father.

Dayan Ehrentreu was rabbi’s rabbi and a dayan’s dayan, Europe’s greatest halachic authority of the last quarter century. He leaves behind shoes too great to fill and will be sorely missed.

Written on behalf of the Standing Committee of the Conference of European Rabbis. 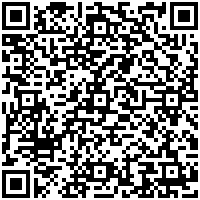