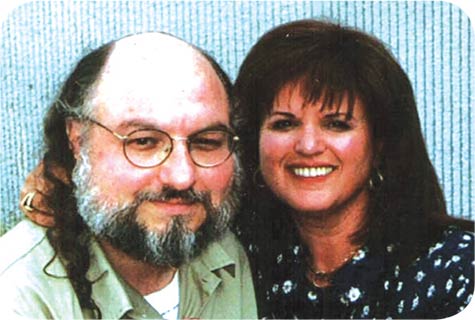 This article is being republished following the passing of Esther Pollard z”l.

When Esther married the world’s most famous spy in a secret halachic wedding in an American prison in 1993, she could not imagine that they would have to wait twenty-three years to live as husband and wife.


Esther Zeitz was born in Montreal, Canada. She and Jonathan Pollard actually met in 1971 when they were both teenagers on an Israeli youth program. They had discussions about their mutual love for the land and people of Israel, but then returned to their homes – he to South Bend, Indiana, and she to Montreal, not even dreaming that they would meet again.

In 1990, Esther spent the summer in Israel, working as an intern at Israel’s Ministry of Justice and, simultaneously, teaching English at the Hebrew University. By that time Jonathan had already been incarcerated in solitary confinement for five years. On the street in Jerusalem someone handed her a printed letter urging people to write to Jonathan Pollard in prison, stating that he derived great comfort from this.

“I always kept extra aerograms in my purse, so I wrote him a letter. I knew nothing about the case. I had no idea who he was, or what he had done, only that he was a Yid in trouble and that he needed some chizuk, so I dashed off a few words of encouragement. It never even occurred to me that this was my old youth group friend,” Esther recalled.

“Jonathan later told me that when he received my letter, he had only three stamps left from his monthly allotment, and a pile of waiting correspondence. He said he knew he had to answer my letter, and used two of his last three stamps for it.” In his reply, he sent Esther two envelopes; one was an informational package and the other a personal letter. “I read the information first and expected that the personal letter would be full of bitterness and anger. It was just the opposite! Jonathan’s letter was full of his love and devotion to the Land and the people of Israel. It touched me to the core.

“I was always lonely until he came into my life. I never lacked for friends and companionship, but I always felt something was missing. As soon as Jonathan showed up, we recognized that we were soul mates. I always prayed that I would recognize my bashert.”

Esther and Jonathan’s spiritual relationship was reborn then. Three years later, in 1993, they married in a secret ceremony in prison, performed by a rabbi, according to halacha. Yet, the couple was not allowed any private time alone.

When news of their marriage became public, Esther faced a barrage of hostility from a cynical media and Pollard’s detractors who called its legitimacy into question and suggested political opportunism. Still, Esther, a highly articulate, personable woman, modestly dressed, her hair covered with a wig, fought on all fronts for Jonathan’s future.

Esther called their marriage “an oasis of unconditional love in a sea of lies and corruption. Truth is what our relationship is about; it’s the foundation. Otherwise it couldn’t endure under such stressful, dreadful conditions for so many years. Despite all the hardships placed upon us, despite all the privations of simple gestures all couples enjoy, Jonathan has made me feel like the most loved, valued, and treasured woman in the world.”

Jonathan shared his own thoughts on his marriage in a message to a Jewish magazine from his prison cell in Butner, North Carolina. “We are taught that a wife is an eizer k’negdo, a helpmate to her husband; she complements and completes him, facilitates his agenda. We also have the concept of bashert, two people meant for each other. These concepts don’t go far enough in describing my feelings for Esther. She is my bashert, but much more than that. She is my eizer, but much more than that. She enables me to live this kind of existence with hope for now and for the future.

“Esther allows me to get up every morning in this devastating environment and to feel hope, to know that Hashem gave me a wonderful and loyal wife, and to live each day believing that in the wink of any eye He will bring me home to her.”

Jonathan Pollard’s words summarize the essence of Esther, the consummate Eishet Chayil, Woman of Valor, the Jewish wife who brought about the greatest miracle in this tragic tale. 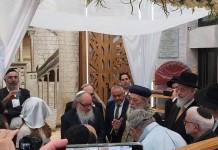 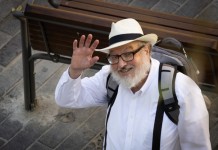 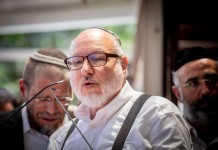