There are those who respond to the unimaginable pain of a police officer knocking on their door in the late hours of the night, tearfully informing them that their child was in a critical and likely fatal accident, by shutting down. It’s the expected response, something no one would dare to judge. But then, there are those who – powered by extraordinary determination – take the loss, the grief, the darkness, and somehow manage to turn it into light. Rabbi and Devora Benchimol are the latter, members of this club of extraordinary individuals who do not let pain paralyze them, but rather turn tragedy into triumph, utilizing it as a catalyst for personal, communal, and societal change.

In April of 2020, as the world was just beginning to navigate the chaos of the Coronavirus, Sholem Benchimol, a bright-eyed teenage boy was severely injured in a tragic biking accident, and as he laid in his hospital bed in his final moments, his mother, Devora, promised him that his life would not end here. She would fulfill his dream of being the first professional soccer player to step on the field with a kippah. In just two years, Devora has done just that.

Soon after the accident, the Benchimol family founded Sholem Corazon Valiente, a Miami-based non-profit organization aimed at spreading Sholem’s values – pride, trust, companionship, and resilience – through chessed missions in impoverished villages in South American countries, mindfulness initiatives, and by organizing the only competitive soccer team in South Florida that doesn’t play on Shabbat. Their latest endeavor is Sholem Soul Goal, an extremely impactful documentary aimed at honoring Sholem’s memory and legacy. Through touching interviews from friends and families, viewers will gain a sense of who Sholem Benchimol really was, what he stood for, and how we can incorporate those values into our own lives.

“After Sholem passed away, his friends would come visit every Friday and tell me stories about him. More often than not, I was shocked. These weren’t things my son had ever told me. They weren’t things I necessarily knew about him,” recounts Devora. “I always knew he was an incredible boy, but I saw an impressive new side of him through his friends. That’s part of what motivated me to film the documentary. I wanted to bring people on this journey with me as we learn who Sholem really was.”

The documentary will shed light on Sholem’s life and legacy through a variety of mediums accompanying the heartfelt testimonies. Footage from his lifetime will highlight his lion-hearted demeanor, especially on the soccer field. Powerful words from family will show both Sholem’s resilience and how it radiated onto others. High-tech animations, alongside footage of the amazing things Sholem Corazon Valiente has accomplished, will call attention to the chilling message that life does not end at death. Life ends when one’s legacy fades away, but for Sholem Benchimol, that will never happen. He impacted all those who knew him, and both in life and in death he was a true inspiration for people across the globe, reminding us all of what really matters, of where our values lie, and of the significance of walking humbly before G-d, carrying ourselves as His ambassadors, and being proud to be Jewish.

As Sholem often said, “do it for the culture.” He never backed down, never gave up, never stopped venturing forward toward some unknown horizon in the name of G-d, morality, and growth. Adopting that mentality, the Benchimol family has faced the seemingly overwhelming challenge given to them with unimaginable resilience, teaching an invaluable lesson in and of itself. This is not a challenge that can be overcome, but rather one that demands perennial strength, courage, and a commitment to not just survive but thrive in the face of difficulty.

“Ironically enough, working on this movie has taught me the resilience we’re trying to impart,” notes Devora Benchimol. “With every obstacle comes a reminder of Sholem’s smile in trying times, a push to do the same, and a calling to be a walking testimony of the unique strength of the believing human being. Never give up, I tell myself. Never give up.”

Devora and the production team hope to have the movie on popular streaming platforms, utilizing the film as both a means of spreading Sholem’s values as well as a testament to the beauty of Judaism, even in hard times. Combating the prevalence of television series and movies that showcase Judaism negatively, Sholem Soul Goal aims to shed light on some of Judaism’s intricate virtues. It will feature select Jewish practices, explain how faith helps turn the pain of the past into the sweetness of the future, and highlight fundamental Jewish values such as family and community both in theory and in practice, thereby sanctifying G-d’s name in the eyes of Jews and non-Jews alike.

While Sholem may no longer be here, his values and dreams live on, and in some form, he will be the first professional soccer player to step foot on the field with the banner of G-d placed proudly upon his head. Sholem Soul Goal has been in the works for around 18 months, and as the final touches are placed upon the film, Sholem’s friends, family, community, and all those who he inspired are given the opportunity to once again be reminded of Sholem’s values, of their own values, and of the impressive resilience that each individual possesses. 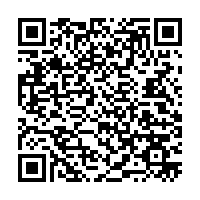