Israeli military forces attacked two Hamas rocket manufacturing sites on Saturday in response to rockets fired at southern Israel from Gaza earlier in the day. The attack blew up 16 tons of underground explosives. Laser guided bunker buster bombs were used for the attack on Hamas, according to a Mako report.

??#Palestine | The Israeli warplanes attack several sites with a series of airstrikes in Gaza. 16.7.2022 pic.twitter.com/jEPwkGhLjo

The IAF air strikes, carried out “in response to rocket launches and machine gun fire from the Gaza Strip into Israeli territory,” were aimed at degrading the terrorists’ ability to manufacture rockets, the IDF said.

IDF publishes footage of the overnight airstrike in Gaza, in response to the rocket attack on Ashkelon.https://t.co/x0WinmwV8x pic.twitter.com/zdyQKG2WLz

There were no reports of physical injuries or damage in either attack. Two Ashkelon residents were treated for severe anxiety.

RAW FOOTAGE: This is the moment innocent Israelis had to run for immediate shelter when terrorists in Gaza fired 2 rockets toward them.

The IDF Aerial Defense Array intercepted 1 of the rockets, saving the lives of civilians below. pic.twitter.com/1XANHbEpAo

One of the rockets aimed at Ashkelon was intercepted by the Iron Dome aerial defense system, indicating it was headed to a populated area. The other landed in an open area.

More footage of the apparent interception over Ashkelon. pic.twitter.com/b4DQWiMOfC

At around 5 am, as Israeli forces were responding to that initial attack, Gaza terrorists launched the second round of rockets, triggering Red Alert incoming rocket sirens in Moshav Ahuzam, near Kiryat Gat. Both missiles landed in open areas.

“In response to the rockets fired from Gaza at Israel … we targeted one of Hamas’ most significant rocket production sites in Gaza,” the IDF said in a statement.

“This strike will significantly impede Hamas’ force-building capabilities. We will continue to defend Israeli civilians from Hamas’ terrorism,” the IDF added. 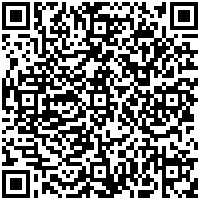