Philadelphia said farewell to one of its foremost rabbinic authorities, Rabbi Dov Aaron Brisman, who passed peacefully in his sleep on Monday, September 19, at the age of 69. Brisman served as the Rosh Beis Din of the Philadelphia Beis Din, head of Keystone-K Kashrus Agency, senior rabbi of Young Israel of Elkins Park and Rosh Beis Din of Igud HaRabbonim- Rabbinical Alliance of America, an umbrella organization of over 900 Orthodox rabbis.

Born in St. Louis and raised in Los Angeles, he was an extraordinary person from a young age. In Los Angeles, he studied at Ohr Elchonon Yeshiva under Rabbi Simcha Wasserman, son of Rav Elchonon Wasserman. In Baltimore, he studied at Yeshivas Ner Yisrael under Rabbi Moshe Heineman and Rav Yaakov Moshe Kolefsky. Later he attended Mir Yeshiva in Jerusalem under Rav Chaim Leib Shmuelevitz and Rav Nochum Partzovitz. He received semicha from Rav Schneur Kotler of Beth Medrash Govoha in Lakewood, New Jersey.


“He was from a bygone era. He came from a long line of great rabbonim in Europe, many of them authors and great scholars,” Rabbi Yitzchok Leizerowski, rav of Beth Medrosh Harav, told The Jewish Press, “and he was himself an incredible in-depth scholar. In Elkins Park he took a community that was barely there and built it up into a community of talmidim chachamim, which is still flourishing today. He was involved in writing halacha with many of the gedolim of Eretz Israel, and questions poured in to him from the biggest rabbis internationally, very weighty halachic questions.” Leizerowski said one of the biggest ravs in Israel once said of him that “his pen is something you haven’t seen in 150 years.” Brisman was able to write tens of pages of thought off the top of his head. “Many rabbonim would give him their works to edit,” said Leizerowski, “and because of that he did not have the time to work on more of his own works.”

“As a member of the (Philadelphia) beis din, his knowledge was encyclopedic,” Rabbi Mordecai Terebelo, 22-year member of the beis din and rav of Ahavas Torah in Philadelphia’s northeast community, told The Jewish Press. “He was very well respected amongst the great rabbis in Eretz Israel and in America. His views carried a lot of weight, and yet he was always inquiring about how our [members of the beis din] kids were doing. Nothing and no one was below him. I sincerely believed if a boy came up to him and said ‘Rabbi Brisman, I would like to learn Gemara with you for 10 minutes a week’ he would do it. He had the patience to teach everyone.”

As Rabbi Terebelo predicted, Brisman’s love for children shined even outside his home and the families of the beis din: it meaningfully affected the families of the community he led in the Philadelphia suburb of Elkins Park. “He had a very special relationship with our son, Rafael Micha,” said Dr. Saundra Sterling Epstein, whose family has been members at YIEP since 2000. Epstein recalled the time when her son was a young student at Torah Academy, where Brisman was a rebbe. Young Rafael Michael ran out of his class line when he saw Brisman head into the library. “Hi Rabbi Brisman, what are you doing at my school,” the boy asked. “I am studying, just like you are, Rafi,” Brisman said. Suddenly, at only six years old, the young boy shared with Brisman a word of wisdom. “Keep studying Rabbi Brisman, and when you grow up you will be a great talmid chacham!”

“For every kid in the shul he had a different joke and a nickname and every kid thought he was they were his best friend,” Rabbi Reuven Goldstein, member of the Philadelphia beis din and successor to Brisman at Young Israel of Elkins Park (YIEP), said. “He was able to relate to everybody.”

In reality, everyone young and old was a student to Rabbi Brisman. “He took me under his wing,” Goldstein said. “For me, his brilliance was a sense of security. I always knew if there was a question I did not know, I’d say, ok let’s take this to Rabbi Brisman.”

“Growing up with my father was very interesting, to say the least,” Brisman’s older son, Yaacov Mayer Brisman, said. Yaacov remembered how his father “would stay up into the wee hours of the morning, then get up at 5 a.m. to give a shiur. “As I grew up I came to learn how that type of diligence was incredibly rare.”

“He was an extraordinarily honest man,” Brisman’s younger son, Gedalia Zev Brisman said. “He was honest and diligent. He was extremely hard-working not just in the community but in his own middos. There was a major stress on personal honesty when we were kids.” And when it came to learning Torah, “he specifically stressed to me the importance of constant review and the power of struggling to understand the ideas behind everything in the Torah.”

Rabbi Brisman oversaw the conversion process for aspiring candidates in the Philadelphia area who underwent the rigorous multi-year process. His conversions were accepted readily by the Israeli Rabbinate for converts looking to make aliyah, and his name appeared on the Rabbinate’s conversion beis din shortlist. “Converting with Rabbi Brisman was a bracha,” Rachel Schwartz, member of YIEP, said. “He set clear expectations and his standing in the community gave me confidence. His passing is a huge loss to conversion candidates in Philadelphia.”

Rabbi Eliezer Hirsch, rav of Mekor Habracha, is one of the trailblazing rabbis of the fast-growing downtown Philadelphia (Center City) community. Being separated from the heart of Philly’s Jewish communities in the northeast and along the Main Line, the community faced many halachic challenges in meeting the needs of its growing membership. “For the Center City community to thrive, we needed someone with stature to [understand the challenges we faced],” Hirsch shared with his congregation at Mekor Habracha. “Rabbi Brisman helped our community considerably by supporting some crucial decisions we made in [Center City].”

In summary, Yaacov said, “He was somehow able to balance his greatness in learning with being the most down to earth humble unassuming person when it came to dealing with people one on one. And that was something that we took to heart when we became older – to treat everyone with respect.”

Rabbi Brisman is survived by his wife, Libby, and their four children – in addition to Yaacov and Gedalia Zev, Matti Stahl and Fayga Laya Taylor. Yaacov requests any stories or memories readers may have about his father to be emailed to rabbibrismanmemories@gmail.com. 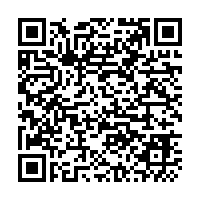