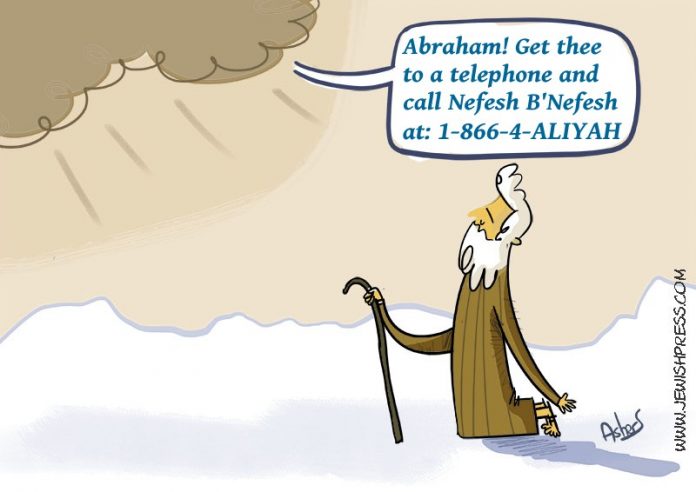 Jerusalem resident Josh Wander and his team of volunteers at IsraelTorah.org recently launched an unusual aliyah campaign aimed at Jews in the US and Canada.

Their target audience are Jews from the “Yeshivish world.” Jews who don’t necessarily have an active pro-Zionist mindset (but aren’t anti-Zionists either), and more importantly, aren’t the focus of the mainstream Aliyah messaging campaigns.


Not only is this the first time in history that a nationwide ad campaign is targeting this audience with a pro-aliyah message, the nature of the ads being used differs significantly in tone from the typical aliyah advocacy ads.

In sharp contrast to hundreds of ads touting Israel as a wonderful place to live a Jewish life which have appeared over the years, IsraelTorah.org’s approach is edgier. Wander said the previous ads simply “did not succeed” in making an impact on the majority of Orthodox Jews in North America to consider making aliyah.

Times have changed. In the face of widespread rioting across the US, some of which has taken on a distinctive anti-Semitic tone, coupled with the coronavirus pandemic and the subsequent negative financial implications, as well as rising anti-Semitism in general, Wander believes an entirely new approach is called for.

The first israelTorah.org ad, came out during Shavuot, is based on the global coronavirus crisis. “We took the tag line from the global campaign for corona awareness ‘Stay Home, Stay Safe’ and turned it into ’Come Home, Stay Safe’,” said Wander. This ad is, of course, an allusion to the relatively low numbers of COVID-19 cases in Israel. 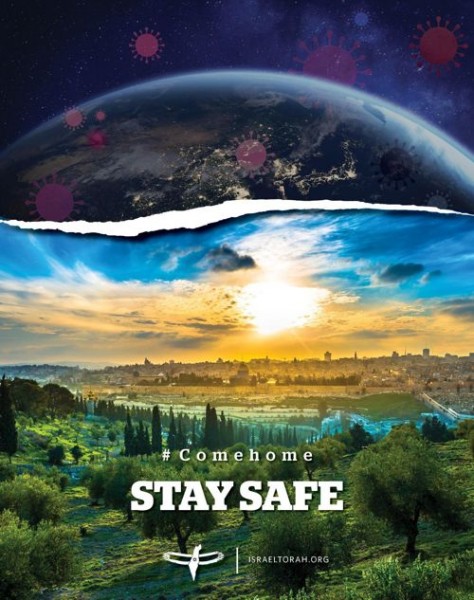 Future shock ads are being created to address what Wander called the impending, “financial collapse, rise in anti-Semitism and all the instability that has shaken many Jews around the globe to their core, causing people who never considered it before to consider aliyah.”

With private dollars sponsoring this first series of ads, Wander hopes they will “bring to light what people already feel inside. They have this feeling subconsciously. Our ads vocalize it and put it into words and images.”

The ad campaign is intended to draw curious people to the brand new and still evolving IsraelTorah.org site, where the team has assembled a growing treasury of Torah resources about why aliyah is an important issue for those in the yeshiva world to consider.

“We’re starting with the assumption that our audience believes in Torah m’Sinai but may not have been taught to appreciate the importance of Yishuv Eretz Yisrael from a Torah perspective,” Wander explained.

The fact that not many rabbis in chutz l’aretz are delivering a pro-aliyah message does not necessarily reflect their belief in the importance of Jews living in Israel. “There is a consensus across the board from rabbis that it’s a mitzvah from the Torah to live in Eretz Yisrael today,” Wander stated plainly.

Clearly there’s a conflict of interest when rabbis are asked by a congregant if they should make aliyah. Despite their halachic understanding, some rabbis may feel it’s hypocritical for them to promote aliyah when they themselves don’t live in Israel. Others may be concerned about maintaining the kehillot they serve. It’s a very sensitive subject.

Regardless of what their rabbis are saying, or not saying, IsraelTorah.org exists to give Jews Torah-based answers to why they should be considering making aliyah at this time.

The effort began as a series of videos, which first ran on JewishPress.com under the title, “Bring Them Home“, created by rabbis and Jewish educators across the spectrum, speaking about the mitzvah of Yishuv Eretz Yisrael for Parshat Lech Lecha. The earliest iteration of the website was simply a place to showcase the video interviews.

There were plans to expand the video series to include people from different regions in the US and people working at a range of occupations, speaking about their successful aliyah, but, for now, the coronavirus put creating new videos on hold. Eventually, the opportunity to return to making videos will come.

In the meantime, IsraelTorah.org is working on providing Torah sources to make the case for aliyah. In their mission statement, Wander wrote, “[The project] was established to educate and inform frum Jews around the globe about the importance of Yishuv Eretz Yisrael today. Our primary goal is to provide Torah resources that explain and prove why Jews should consider aliyah as a viable life option today, more than ever.”

The original video interviews with rabbis and Jewish educators speaking about the importance of aliyah can be viewed on JewishPress.com. A music video intended to share the message of the importance of considering aliyah now is in the works and the brand new website is continuously being upgraded.

A frum women’s magazine is the first to run IsraelTorah.org’s ads. But the team is “working with other publications,” and hoping, with support and funding, to spread their message much wider.

Wander, who feels privileged to live with his wife and six children on Har Hazeisim overlooking the Makom HaMikdash, is urgently appealing to frum Jews outside of Israel: “Don’t ignore the obvious signs.” Wander paraphrased the gemara teaching that, “There is no calamity that occurs in the world except for the purpose of delivering a message to the Jewish people.” (Yevamot 63a).

“I have a hard time sleeping at night. I feel like it’s 1938 and, like then, it’s so clear what is about to happen. We have to be creative to get that message across,” he concluded.