It’s fascinating to realize that the People of Israel growing into a mighty nation in Egypt was a reward for the heroism of the Hebrew midwives.

The Hebrew midwives, Shifra and Puah were not explicitly commanded by the Almighty to defy Pharaoh, who had commanded them to kill every male infant at birth. They did so out of deep faith. The Torah states: “The midwives feared G-d and did not do as the king of Egypt commanded them, and let the children live” (Shemot 1:17). As a reward for their great courage, not only did those children live but “G-d granted a bounty to the midwives, and the nation multiplied and grew very mighty” (Shemot 1:20). Have you ever grasped the enormous significance of this statement?

Our rabbis credit women with the survival of the People of Israel throughout centuries of Egyptian bondage and their eventual freedom. The Gemara (Sotah 11) states, “It is to the credit of the righteous women that our forefathers were redeemed from Egypt.”

In addition to the Hebrew midwives there are three other remarkable heroines who occupy center stage in the story of Exodus. They each acted in a significant role, which made Israel’s ultimate redemption possible. With inherent perception they fulfilled tasks that determined the sequence of events to their ultimate conclusion.

Intrinsic faith compelled Yocheved (the medrash teaches that she was actually Shifra), after giving birth to the infant Moshe, to defy the Pharaoh’s decree and enable him to achieve his mission of redeeming Israel from Egyptian slavery.

Miriam’s role (the medrash teaches that she was actually Puah) in overseeing the infant until he was in the safekeeping of Pharaoh’s daughter and securing his own mother as a nurse for him, set in motion the process of liberation.

Pharaoh’s daughter also acted on intrinsic faith by adopting the baby she drew from the Nile, knowing full well he was a Hebrew infant. Her amazing act in accepting the offer of a Hebrew nurse for the Hebrew infant, completed the first phase of the Exodus from Egypt.

Yetziat Mitzrayim, Exodus from Egypt, is the watershed event in our Divinely inspired and Divinely directed evolution as a people, the gate to the receiving of the Torah and the conquest of the Land. These are the three main pillars on which our national existence rests: the People of Israel, the Torah of Israel and the Land of Israel.

Amazingly, the rabbis also give primary credit to women’s role in the giving of the Torah on Mount Sinai, the central pillar of our national-spiritual existence: “The Torah was given to the women first…because women have a singular capacity for understanding fundamental ideas” (Shemot Rabba, 25), and as such it is they who transmit it to the next generation. It is the women who teach their children “the ways of the Torah” (ibid.) and ensure the spiritual survival of Israel.

What about women’s historical role vis-a-vis the Land?

The most astounding tribute to women is the rabbis’ reference to their love of the Land. “Women did not participate in any of Israel’s sins that would have prevented them from entering the Land of Israel.” The women “did not take part in the Golden Calf…and also the meraglim, the spies, the women did not conspire with them… instead, they approached and requested inheritance in the Land” (Tanhuma HaKadum, Bamidbar 21). “The virtue of women is superior to that of men; as the men said: give us a leader, and we shall return to Egypt, the women said: give us inheritance in the Land” (Sifri).

People, Torah, Land – may Jewish women continue to rise to the occasion to ensure a flourishing future for all three. 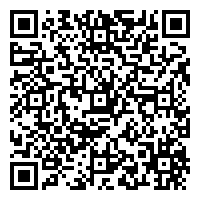