There’s an old song in which a child asks, “Father, please tell me, what should I believe?” If all you had to do to instill emunah in your children was just tell them what to believe, the task would not be nearly so daunting. “It’s very easy to train little kids–they’ll believe whatever you tell them,” says Rabbi Yaakov Horowitz, founder and dean of Yeshiva Darchei Noam in Monsey and director of Project Y.E.S. “The challenge is to convey messages in a way that allows [children] to grow into it, so that it’s not a superficial bitachon but one that will really last.”

We asked several experienced mechanchim for their insights on how to shepherd children from their first “Modeh Ani” to the understanding that Hashem alone holds the key to every aspect of their existence. Here are the key principles they shared.

The first imperative is to make Hashem part of your daily vocabulary. “Let them hear Hashem on your lips,” says Goldie Golding, early childhood director at Yeshiva Shaare Torah in Flatbush and author of several Artscroll children’s titles. “If you can’t find your car keys, say ‘Hashem, please help me find them!’” If you find a parking spot, thank Hashem out loud. And if you miss the bus, acknowledge that Hashem didn’t want you to be on that bus. “Gam zu l’tovah” (this too is for the best) is a great catchphrase, but you need to put Hashem into the equation: Why is it for the best? Because Hashem sent it. “What at first might seem like [they are] just repeating what the parent says, with time, with daily occurrences, over and over and over again, becomes true bitachon,” Golding says.

On an intellectual level, emunah and bitachon begin with the knowledge that Hashem is the Creator, says Malkie Machlis, principal of C32rown Heights Yeshiva Day School of Mill Basin. Many years ago, when she was a teacher introducing first graders to Parshas Beraishis, she would ask them: “If I give you crayons and paper, could you make me a picture?” “Of course,” they would answer. “What if I gave you nothing? Nothing at all? Then could you make me something?” “No,” they had to concede. “Hashem can!” she would explain. “Once they understand that Hashem can do that, then they can have emunah and bitachon,” she says.

Most young children will struggle with the concept of Hashem at one point or another–what is He? What does He look like? However, no one can really explain what Hashem is, says Rabbi Chaim Finkelstein, a second-grade rebbe at Mesivta Tifereth Jerusalem on the Lower East Side, storyteller, and author of the Burksfield Bike Clubseries (Judaica Press). Trying to do so by comparing Him to any other being can lead children down the wrong path. The better approach, says Rabbi Finkelstein, is to stress Hashem’s omnipotence, His love for them, and His ever-presence in their lives.

On one hand, we want to get our kids used to doing mitzvos—davening, making brachos, wearing tzitzis–in such a way that observance becomes ingrained as a habit, says Rabbi Peretz Hochbaum, director of Ohel’s Camp Kaylie and a longtime educator. In that sense, doing mitzvos by rote is a positive thing. On the other hand, there is so much more–understanding the words of tefillah, performing mitzvos with kavanah, feeling close to Hashem–that we want to cultivate in our children.

We want them to appreciate that each of us has a personal relationship with Hashem which continues even when things get tough, says Rabbi Hochbaum, whether it’s Cheerios spilled on the floor, the car breaking down or the loss of a job. By remaining steadfast in your observance, and handling life’s ups and downs with bitachon, you model for your children how to do the same.

Showing enthusiasm for mitzvos is another important way to model closeness with Hashem. “We need to imbue our children with how wonderful it is to be Hashem’s chosen nation, how lucky are we that Hashem gave us the Torah, how it elevates us,” says Machlis. When you do mitzvos, show your kids, she says. “Don’t bake that cake for a neighbor while the kids are sleeping.” Golding agrees. “They have to see the love that you have for Hashem. Every mitzvah you do, say ‘Hashem gave us this mitzvah, He gave us such a gift.’” And don’t be heard complaining what a long Shabbos it is!

“Today for sure kids are going to ask you questions,” says Rabbi Horowitz. “Assume that everything you say is going to be challenged later in life.” Before you worry about having answers, make sure your home is a totally safe environment for your children to ask questions, even those that go to the core of yahadus. Suppressing your child’s questions, says Rabbi Horowitz, is a lot more dangerous than giving imperfect answers. 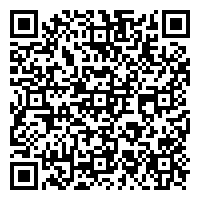