The last of the youths detained in the fire bomb (Molotov cocktail) case have been released.

Honenu attorney David HaLevi stated: “The detention was superfluous and meaningless. The release proves it.”

This morning, without a court deliberation, the remaining two minors from Bat Ayin detained on suspicion of involvement with the fire bomb incident in Gush Etzion approximately two weeks ago have been released at the police station. The third Bat Ayin minor detained in the case was released by the police two days ago. All of the suspects in the case have been released. The police have not announced plans to file an indictment.

This morning, as stated above, the police chose not to bring the youths to a court deliberation in order to demand a remand extension, and released them at the station. Their parents arrived to bring them home after almost a week in remand.

In an announcement reported to the media, the youth released two days ago said that the police treated them roughly during interrogation, which was unpleasant for them. According to him on the first day of the remand he and the other two detainees received very little to eat. They were frequently yelled at and threatened as their payot (sidelocks) were pulled during interrogations that lasted for hours, throughout the five days of their remand.

Honenu reports that the police violated the rights of the minors repeatedly: an adult was not present during their interrogation as in required by law, they were denied a meeting with an attorney for an entire day, their alibis were ignored during interrogation and in court, among other violations. Following the refusal by the police to allow the detainees to meet with an attorney, Honenu attorney Adi Kedar filed an urgent request for a deliberation on the violations of the rights of minors. After the court accepted the request and scheduled a deliberation, the police allowed an attorney to meet with the youths.

Honenu attorney David HaLevi, who represented the youths, all of them aged 12-13, gave his concluding remarks on the detention: “As we have stated in every possible forum, the detention of these youths was superfluous and meaningless: a false detention. The police conducted the investigation brutally, severely violating the rights of my clients. The release of the remaining youths today is proof of the false detention and speaks for itself.” 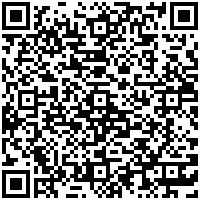